A validated, self-reported semi-quantitative food frequency questionnaire (FFQ) is used in DietVIP and DietMON to collect information on habitual diet in the region of Northern Sweden. DietVIP was initiated 1985, and is still ongoing. DietMON contributes with data from the recurrent screenings performed 1986, 1990, 1994, 1999, 2004, 2009 and 2014. Starting 1992, the FFQ is optically readable, and the majority of the questionnaires collected between 1985-1992 have been entered manually.

The design of the FFQ 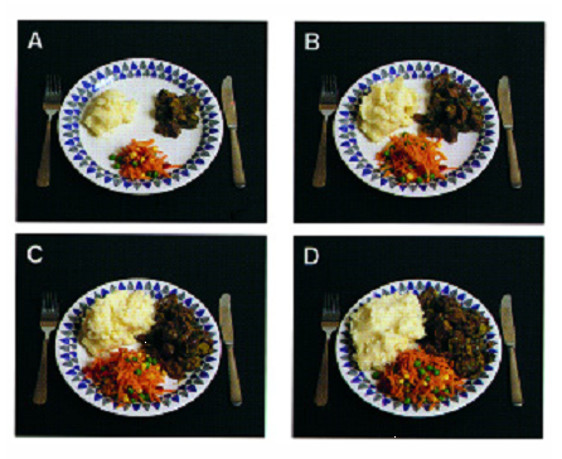 - Diet supplements: the research participant can indicate supplementation with multivitamins, multiminerals, iron and selenium during the last 14 days or year.

Some general information is also collected related to meal habits and adherence to specific diet regimes.

Different versions of the FFQ

Up until the latter half of the 1990s, the original version of the FFQ covering intake of 84 different foods was used in both the VIP and MONICA project. Thereafter a couple of reduced versions (questions about 64-66 different foods) have been used in VIP, all of which are optically readable. In the MONICA project the original long version has been used with the exception of the screening done in 1990, when a version containing 49 questions was used. Economic considerations have caused the reductions in the number of questions included in the FFQ. However, in all the FFQ versions the sections of food and food groups covered by the questions and the 9-point scale used to indicate intake frequency are identical.

As a first step, the different versions of the FFQs were carefully compared and versions not sufficiently alike were excluded. The criteria for excluding a version of the FFQ were: (i) unmanageable deviations in intake frequency options, (ii) information on portion size is not included, and (iii) non-harmonizable food combinations in the questions. Based on these criteria, the following versions of the FFQ are included in the NSDD:

Dietary data can also be requested for nested case-control studies within the NSDD. These usually include diet data originating from both DietVIP (with longer and shorter versions of the FFQ) and DietMON, which is important to keep in mind in the process of matching cases and controls.

Important to consider before starting to work with NSDD data

No individuals have been excluded based on incomplete answers in the data material released to the researcher. However, variables have been constructed to indicate incomplete answers that can be used to exclude participants due unacceptable FFQ quality and/or biologically unreasonable values.

Some corrections of missing data have been performed. If an answer is missing or unreadable in sections with similar foods an answer (frequency of intake/day) is imputed by taking into consideration the other answers in the same section. For example, if in the section about fat intake, high frequency of intake has been indicated for "the 80% spreadable fat Bregott" but information about the alternative "40% spreadable fat" (lower-fat spreadable margarine), butter or regular margarine was missing or unreadable, then these answers will be set to "never", under the assumption that a person has a preference for a certain type of fat for spreading on sandwiches. No other imputations or estimations have been made in regard to the reported original frequencies of intake.

In the initial processing of the FFQ data, all the reported intakes are translated to the same scale (frequency of intake/day). A missing answer at this stage will be replaced by the median intake in the respective sex and 10-year age group as reported in 1999-2000[m1] . If the recoded frequencies are to be used, the researcher need to consider to what extent observations need to be excluded based on the current hypothesis to be investigated (see below).

The "exclude" variable, which was created to facilitate exclusion of potentially unreliable FFQs, is coded 0, 1, and 2. Zero indicates that both exclusion criteria (see below) were met, i.e. the information is correct and the individuals shall remain in the dataset; 1 indicates those individuals with >10% deficient information in the FFQ and; 2 indicates missing information related to portion size estimates and intake of energy and nutrients can thus not be calculated. Participants with both >10% deficient information in the FFQ and missing information on portion size, i.e. fulfilling the criteria for both code 1 and code 2, are coded as 1. The "exclude" variable can be used by the researcher to appropriately exclude subjects based on the research question.

In addition, the researcher need to consider whether participants reporting biologically improbable daily intake of energy or nutrients should be excluded. To help inform the decision, the variable "FIL" (Food Intake Level=estimated energy intake/basal metabolism) is created. It is up to the researcher to decide which cut-off is appropriate to apply based on the current research question. A recommendation is to exclude individuals with an "FIL" value under the lowest 5 percentile and above the highest 2.5 percentile based on the distribution in the entire population (see table in "statistics").

A number of individuals in the NSDD have participated in VIP and the MONICA project at more than one occasion. This is indicated by the variable "besok" , which is coded 1= first visit, 2 = second visit and 3= third visit. Note what is the individual-specific id and the visit-specific id in the variable list!

Wennberg M, Vessby B, Johansson I. Evaluation of relative intake of fatty acids according to the Northern Sweden FFQ with fatty acid levels in erythrocyte membranes as biomarkers. Public Health Nutr. 2009,15:1-8.

NSDD is a database with questionnaire data on diet from the VIP and MONICA studies.