Akansha Aggarwal wants a future where technology is dictated by people's real needs. She is in her final year of the Master's Programme in Interaction Design and in about six months she will venture into the world of design, hoping to make her mark through inclusive solutions. 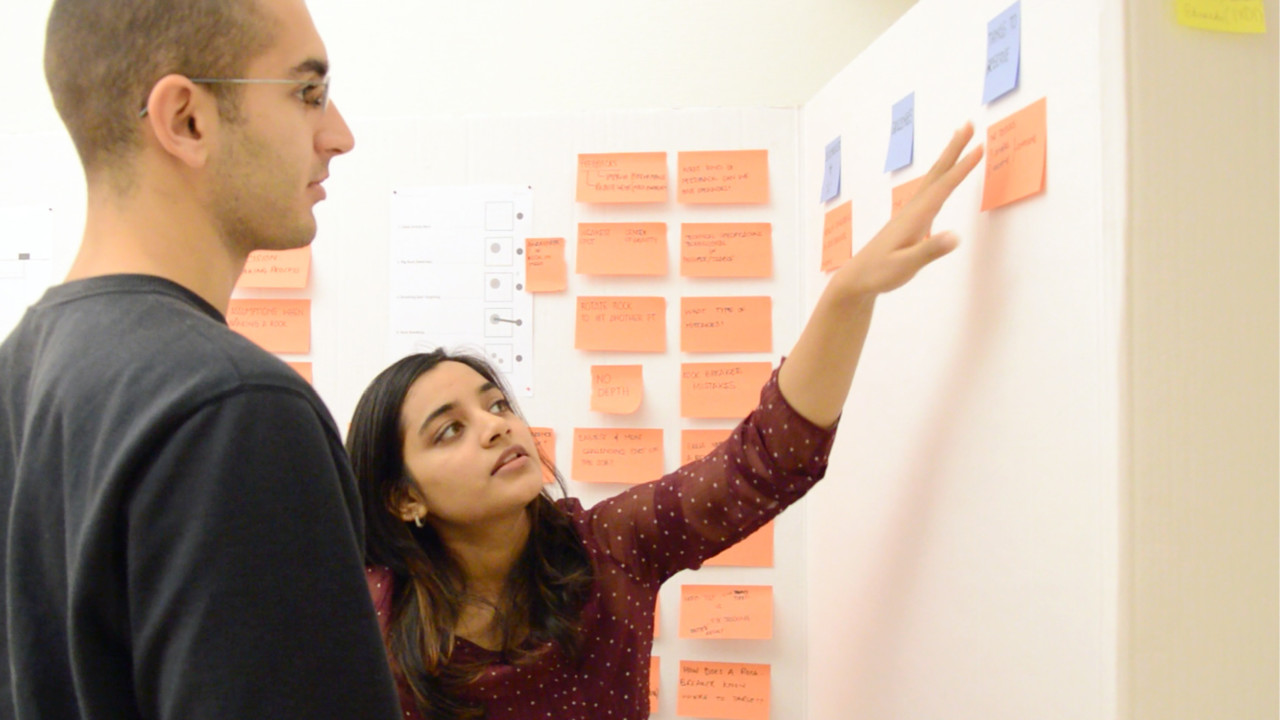 Akansha Aggarwal has rushed to our interview after a presentation at Humlab X. Her ongoing project is targeting new solutions to assist underprivileged fishing communities in India's coastal regions. "I asked myself, what will the future look like for these people dealing with climate change?" she says. Her ambition to design things that offer genuine value and have a an impact on "real" everyday needs of people is what initially brought her to Umeå.

Born in a small town near New Delhi, few will have guessed that she would one day end up in Umeå. As a design student though, odds are that you might consider it at some point, regardless of your native country. For Akansha, it began when talking to fellow students at the school where she did her Bachelor's in Design, the National Institute of Fashion Technology in New Delhi. She started getting recommendations about UID, which prompted her to seek out fellow Indian students already at the school.

"I reached out to a lot of people, also people who were studying here at that time. I got so many recommendations to apply. I then started to look at the projects coming out of UID and I could really see myself doing similar, exciting projects".

The projects that were popping up shared some key traits that caught her eye, there seemed to be a common thread. Many of them had a strong social component and were pragmatic in their approach. To Akansha, they were aiming to meet authentic needs, to solve real-world problems. 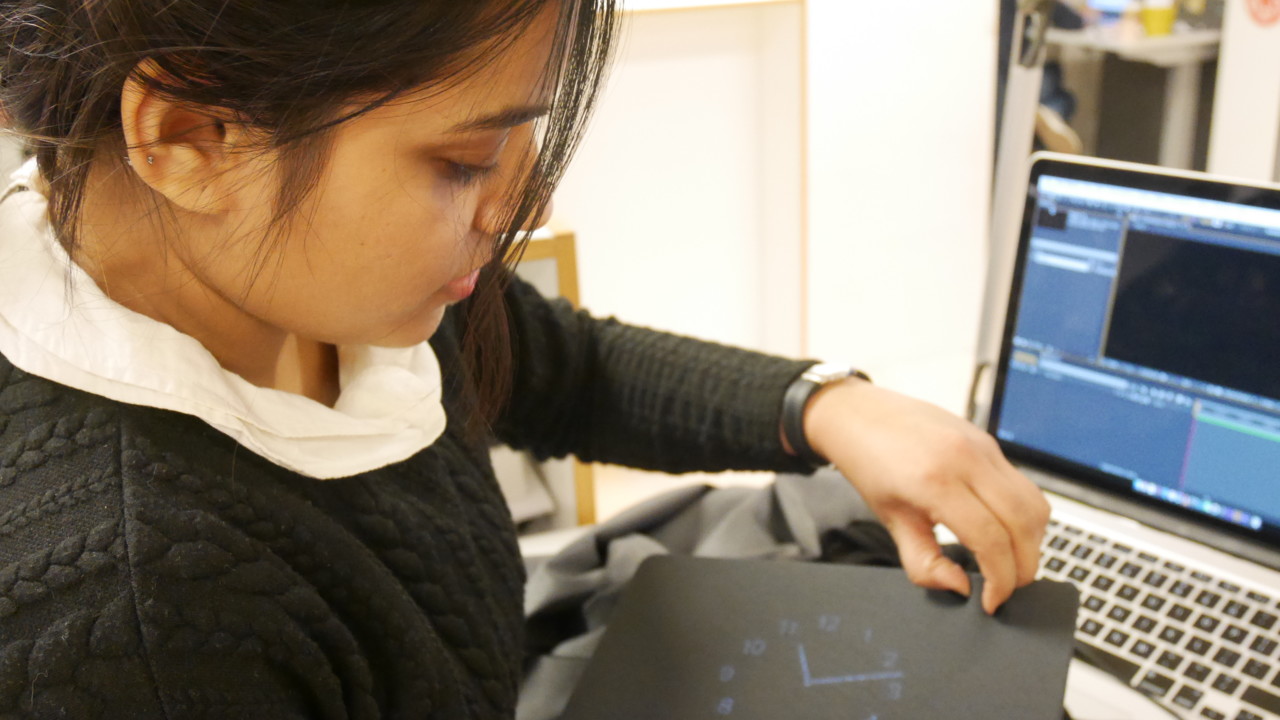 "You're not just designing in your own bubble anymore, it becomes a much more holistic in terms of approach and outcome also" says Akansha Aggarwal.

"From an interaction design perspective, the projects were balanced in their attempt to understand people, carrying both societal relevance and at the same time working with the possibilities and consequences of technology. I saw that projects focused on a future where technology is dictated by the needs and wants of people, where technology can be used to strengthen our humanity"

Akansha is now in her second year at the Master's programme in Interaction Design. Reflecting on her studies so far, one particular aspect of life at UID seems to excite her especially, the collaborative and creative nature of the learning experience. In fact, she believes it is making her into a different designer than she had expected to first coming here.

"Here, I don't just learn the skills and crafts that is demanded by a designer, but also how to communicate, collaborate and team work with other people. At UID, the collaborative aspect is real, people truly depend on one another, all the time. It is a healthy environment which nurtures you to grow and whenever you're stuck you just run to someone to seek advice and help."

The collaborative aspect of the school's programmes does not only serve to create a lively work environment, it is also an educational tool that drives students to examine ideas from a variety of viewpoints. In essence, all projects are filtered through a constant feedback machine made up of students with widely different academic and cultural backgrounds. In Akansha's words, the result is "bullet proof".

"Your friends, your peer group, are from different countries. This is a great way to bring a lot of diverse sensibilities into your projects. You're not just designing in your own bubble anymore, it becomes a much more holistic in terms of approach and outcome also. It's almost like a bullet proof design in the end, because it has been exposed to so many valuable opinions." 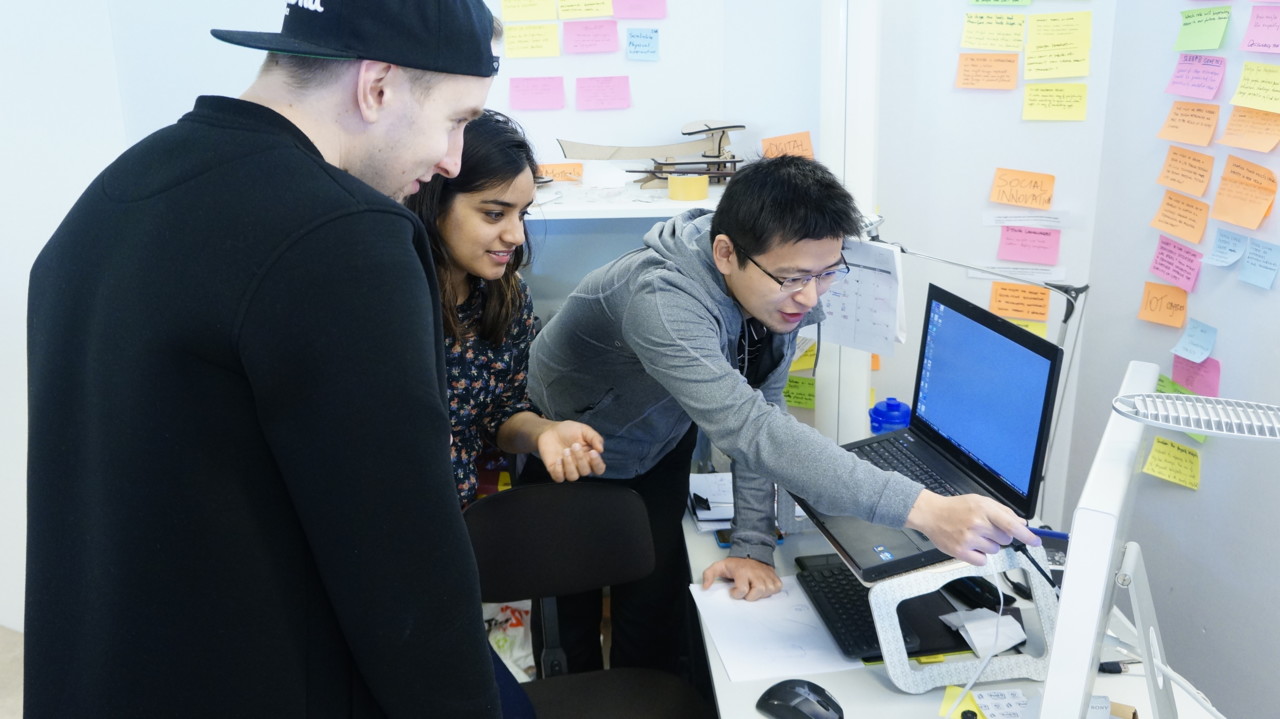 "At UID, the collaborative aspect is real, people truly depend on one another, all the time" says Akansha Aggarwal.

While Akansha is now mid-semester, wrapped up in new projects that occupy her for most of her waking hours, it is not long since she spent her working days at Google at Kings Cross, in Central London. Her three-month spell at Google was her third internship during a year spent away from UID. First, she spent a few months at Samsung in New Delhi, India, before she did a six-month-internship at design affairs GmbH in Munich, Germany. A vast majority of Master's students at UID take a year to experience working in the industry. It is an opportunity to broaden your horizons and gain some clarity as to where you want to take your career.

"This is something that is not only allowed at UID, in fact it is encouraged. My year away gave me a lot of new insights into interaction design as a field. It has polished me as a designer, but at the same time it made me realize that the skills I've learned here at school really has prepared me for the challenges waiting on the outside."

Where Akansha is headed after graduation in spring is still to be decided. Yet in the past couple of years, she has begun to realize what kind of designer she wants to be.

"I would like to work on projects that involve people, where I'm contributing in a meaningful way, hopefully on a larger scale. To build a future where technology is less visible and more integrated, a future that is more aligned with what we need and want as people."

Name
Akansha Aggarwal
Where are you from?
New Delhi, India