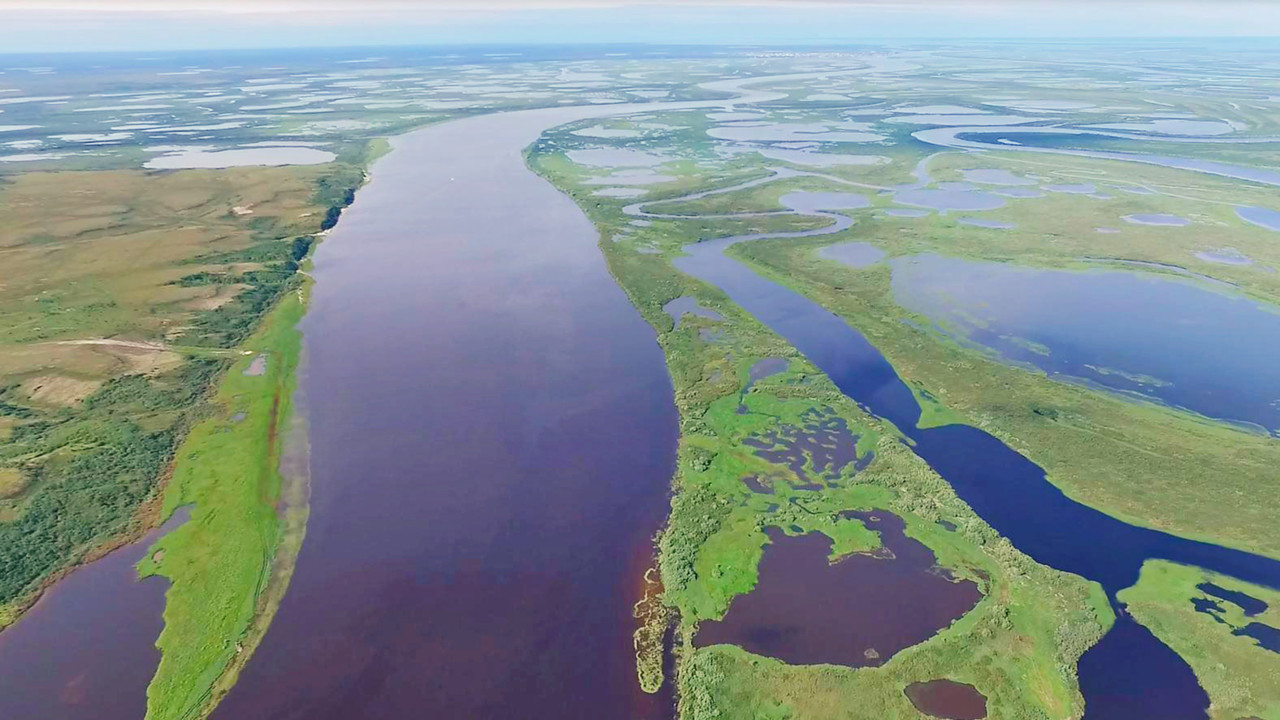 As permafrost degrades, previously frozen carbon can end up in streams and rivers where it will be processed and emitted as greenhouse gases from the water surface directly into the atmosphere. Quantifying these river greenhouse gas emissions is particularly important in Western Siberia – an area that stores vast amounts of permafrost carbon and is a home to the Arctic's largest watershed, Ob' River.

Now researchers from Umeå University (and collaborators from SLU, Russia, France, and United Kingdom) have shown that river greenhouse gas emissions peak in the areas where Western Siberian permafrost has been actively degrading and decrease in areas where climate is colder, and permafrost has not started to thaw yet. The research team has also found out that greenhouse gas emissions from rivers exceed the amount of carbon that rivers transport to the Arctic Ocean.

"This was an unexpected finding as it means that Western Siberian rivers actively process and release large part of the carbon they receive from degrading permafrost and that the magnitude of these emissions might increase as climate continues to warm" says Svetlana Serikova, doctoral student in the Department of Ecology and Environmental sciences, Umeå University, and one of the researchers in the team.

Quantifying river greenhouse gas emissions from permafrost-affected areas in general and in Western Siberia in particular is important as it improves our understanding the role such areas play in the global carbon cycle as well as increases our abilities of predicting the impacts of a changing climate on the Arctic.

"The large-scale changes that take place in the Arctic due to warming exert a strong influence on the climate system and have far-reaching consequences for the rest of the world. That is why it is important we focus on capturing how climate warming affects the Arctic now before these dramatic changes happen" says Svetlana Serikova.