PhD project By combining several methods for studying and analysing physical features and objects and intangible chemical properties, this project will examine spatial dimensions of Sámi dwelling sites from the Iron Age and onwards.

The project deals with prehistoric and historic Sámi settlements situated in northern Norway and Sweden, on different altitudes and in dissimilar environments. From the woodland valley of River Pasvik in the taiga biome of northern Norway, to the mountainous region of Tärna in Västerbotten county, Sweden. A multiproxy approach comprising chemical, physical and spectral analyses of soils and sediments, together with archaeological remains and ethnographic accounts is utilised in order to examine questions of spatial use, soil formation, analytical techniques and ethno-archaeology.

This thesis will focus on five Sámi settlements situated in northern Norway and Sweden, on different altitudes and in dissimilar environments. Two sites are located in the Pasvik river valley in Finnmark, northern Norway. The sites consists of linearly organised rectangular hearths dating to the later parts of the Viking Age. A third, similar site, is situated in Jörn in Västerbotten, Sweden. 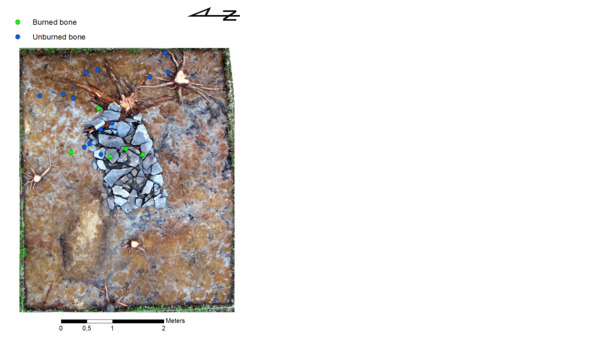 Hearth at the archaeological site Steintjorna in the Pasvik river valley.

The fourth and fifth site are located in high altitude mountainous regions. One, a site with three stállo-foundations, is close to Atoklimpen, a holy mountain within a cultural reserve in Västerbotten. 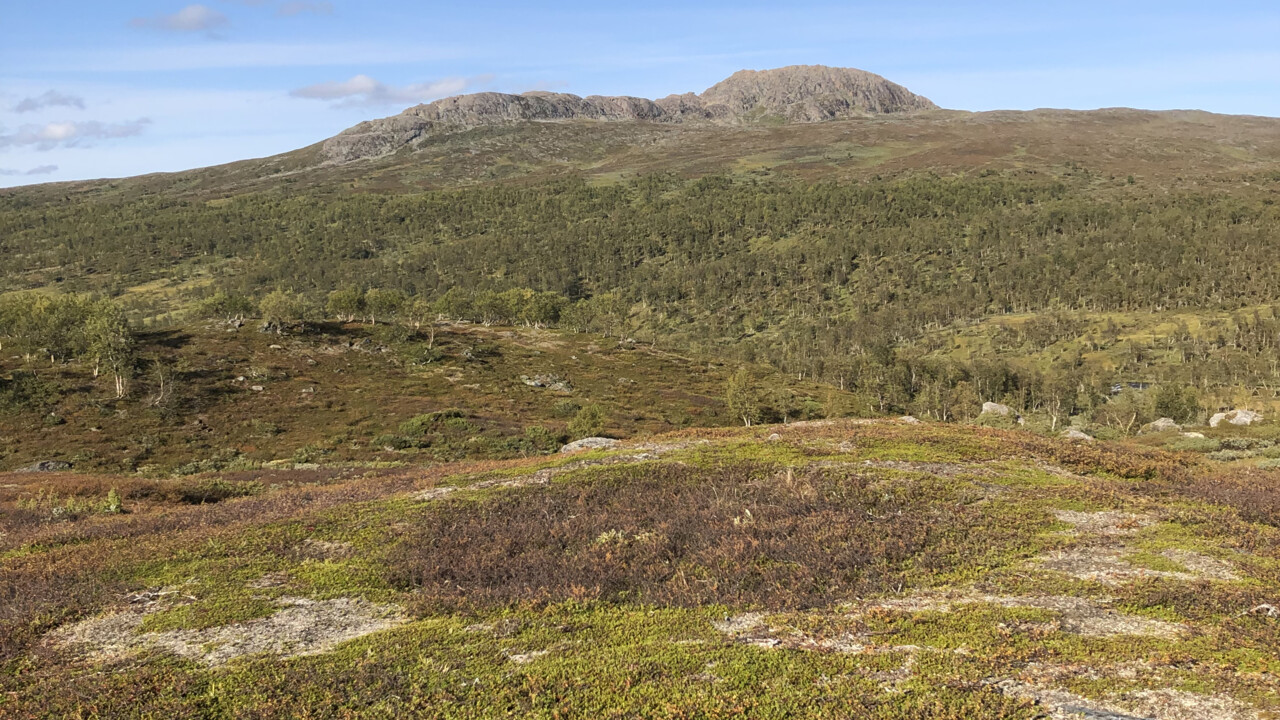 View of the mountain Atoklimpen with a stállo-foundation visible as a circular brown depression in the centre of the image.

The other is a dwelling site north of the lake Torneträsk in Norrbotten, close to the river Snuvrejohka. 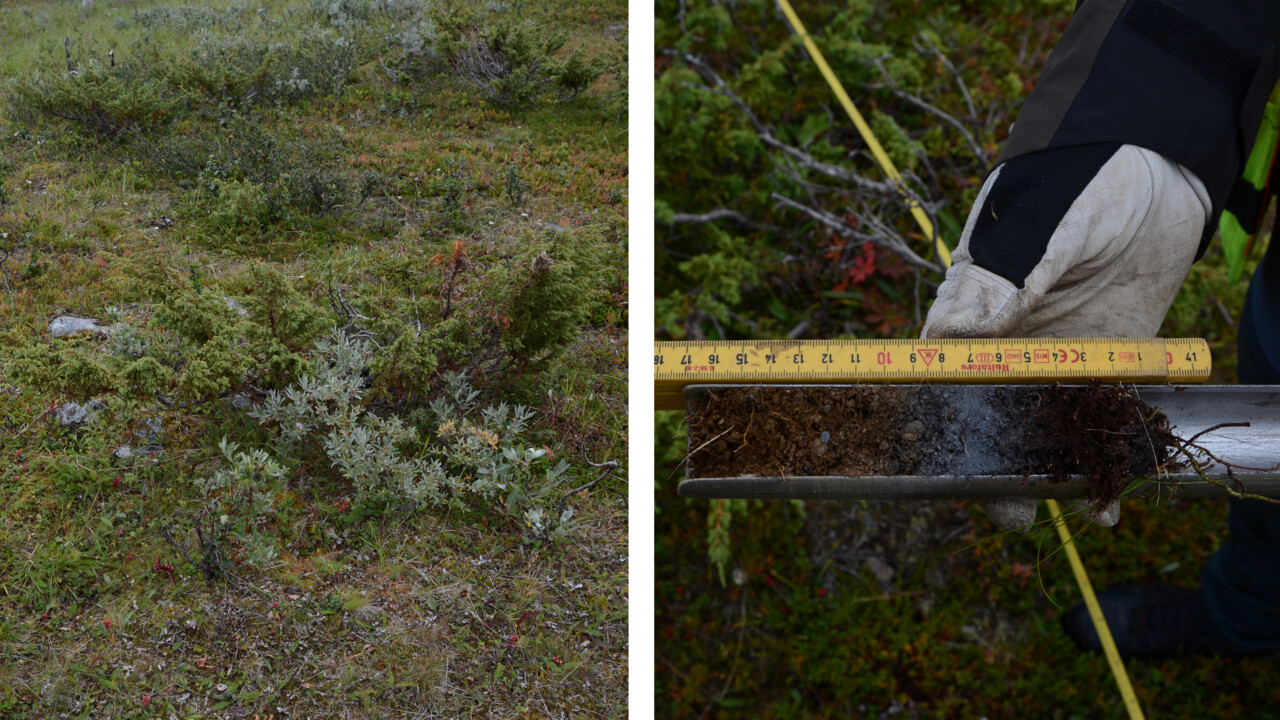 A multiproxy approach comprising chemical, physical and spectral analyses of soils and sediments, such as phosphate analysis, magnetic susceptibility, loss on ignition, NIR and Raman spectroscopy, together with archaeological remains and ethnographic accounts will be utilised to examine questions of spatial use, soil formation, analytical techniques and ethno-archaeology.

The use of environmentally focused methods is a common practice in southern Scandinavian archaeology focusing on settlements. Environmental proxies are often fundamental in detecting, identifying and delimiting spaces of households, agriculture and husbandry. However, these methods can be applied on northern sites within a Sámi context to investigate questions of reindeer husbandry and corralling, as well as spatial organisation of households.

Ethno-archaeological studies are one of the main sources for describing historic and prehistoric Sámi households and have been used rather uncritically on material dating several hundred years older than the ethnographic sources. Environmental archaeology can investigate the accuracy on such written sources, which is particularly important when applied on Iron Age materials. Soil chemical and physical analyses in conjunction with spectral analysis (NIR) and elemental analysis (XRF) can further explain and interpret variances in soils and sediments.

In the taiga biome of northern Fennoscandia, podzols are the typical soil. The acidic conditions of these soils will often induce decomposition of archaeologically deposited organic material. However, soils and sediments will still be present on any archaeological site. Indeed, chemical and spectral studies are essential in accessing the information stored in the soil. These methods and techniques allow for a more holistic approach, encompassing the surrounding landscape whilst relinquishing a more traditional, feature-focused, approach.