Climate forcing of biological oxygen consumption in the Baltic Sea

The project has the objective to understand the control of respiration by environmental drivers associated with projected climate change, human pressures and land-sea interaction. This includes production of organic matter, discharge by riverine DOC and temperature. The influence of basal respiration for development of hypoxia and potential of the water agencies to mitigate this is an important question to answer. 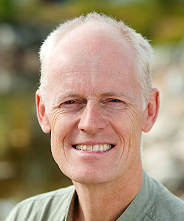 Biological processes are the main cause of oxygen consumption in aquatic environments, where oxygenic respiration is the most important process for decomposition of organic matter. It thereby contributes to create oxygen deficient environments, an increasing global environmental problem in the world coastal zones including e.g. the Baltic Sea. One strategy is field studies in the Baltic gradient, oceanic and polar environments of respiration and factors of explanation. Another to evaluate long-term times series from e.g. marine monitoring programmes. This is complemented by laboratory experiments at both micro- and mesocosm scale, where potential drivers can be investigated at more controlled conditions. Method development is also included to improve the detection limit, precision and feasibility.

We apply a new technique based on phase shift of light (dynamic luminescence quenching) to provide simpler and more precise measures of respiration. This facilitates addressing the following questions: