The focus of the research group is on gene regulation and the function of the noncoding genome in metabolic diseases and during embryonic development. We use genetic mouse models in combination with next generation sequencing techniques and high-throughput genome editing (CRISPR/Cas9) to study these questions. 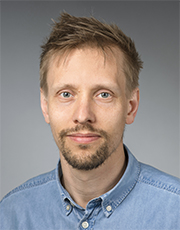 Around 95% of the vertebrate genome does not contain protein coding genes. These large genomic regions contain, among other, many regulatory sequences such as enhancers, promoters and insulators. Regulatory sequences control the precise spatial and temporal expression of their target genes. These sequences are pivotal for the highly coordinated gene expression that occurs both during development and in adult physiology in response to environmental cues.

Reprogramming of regulatory sequences or restructuring of the genome that involves relocation of enhancer sequences with regulatory potential have shown to play a key role in certain types of cancer. This could be due to e. g. enhancer hijacking, via activation of dormant regulatory sequences or by formation of new topological domains. Liver cancer is the fifth most common cancer form in the world and the second leading cause of cancer-related deaths. The most common form of liver cancer, hepatocellular carcinoma, is strongly associated with obesity and metabolic syndrome. The disease aetiology of liver cancer is complicated and it is not clear how specific genes contribute to different forms of cancer — e.g. against the background of metabolic syndrome or obesity. In addition, little is known about how mutations in the non-coding regulatory genome contribute to the disease. The main goal of the lab is to study the mechanisms by which obesity and metabolic syndrome contributes to liver cancer, with emphasis on non-coding DNA and gene regulatory mechanisms. To this end, we use mouse models, human patient samples and state-of-the-art-methods in genomics, transcriptomics, and genome editing.

UCMM is an interdisciplinary research centre

Equipment and infrastructure available at UCMM