FEATURE During the spring of 2019, Petros Pashiardis, Professor of Educational Leadership at the Open University of Cyprus, is a visiting researcher at the Centre for Principal Development, Umeå University. This is his second time staying at the centre. "Working at Umeå University has been a very successful, effective and productive time for me, and I was glad to be able to come back for a second stay", says Petros Pashiardis. 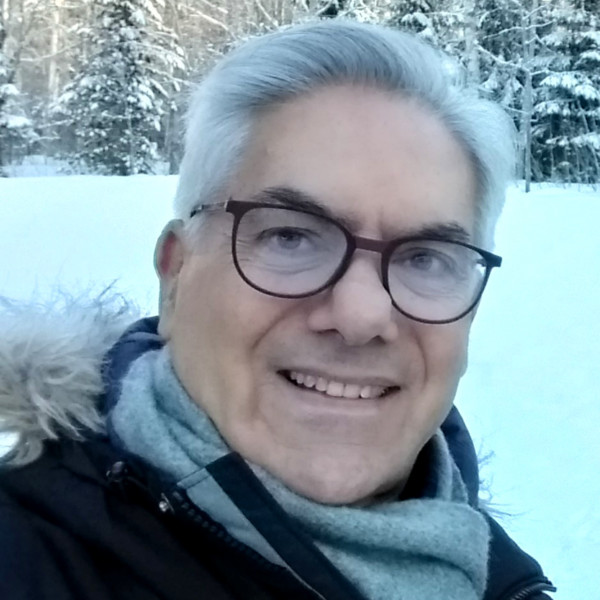 Petros Pashiardis, Professor of Educational Leadership at the Open University of Cyprus, and visiting researcher at the Centre for Principal Development.

- I first met Olof Johansson at conferences, and now we have known each other for almost 20 years. In 2002 I applied for an EU-grant and I needed international partners in the application. I asked Olof if he wanted to be included. We received the grant, and together with researchers from a few other EU-countries, we developed part of the curriculum for a new distance course in school leadership. We have continued our collaborations, and in 2013-2014 I spent almost 10 months in Umeå as a visiting professor.

In the spring of 2019, Petros Pashiardis has both been teaching at the National School Leadership Training Programme and conducting his own research.

- In my current research I am exploring a new concept: Edupreneurial Leadership. The Edupreneurial leadership style exhibits how the external environment interacts with the internal environment in order to produce a desirable and balanced cohabitation between the external and the internal within a school’s daily operations. In essence it is a balancing act between what is demanded by systems outside of the school (laws, regulations, expectations from parents etc.) and the immediate reality right around a principal’s school. Moreover, in order for legislated and mandated change to take place, school leaders need to overcome the natural tendency of humans to retreat to their “comfort zone,” which tells them to automatically “reject” any new demands that are perceived as residing outside their daily routine. To put it bluntly, what society is asking from public schools today is to do more with less, and do it better. To achieve this the schools need to look outside their own organisations, for example by involving expert organisations, NGOs and so on. To attract these outside resources, school leaders need to be innovative. I believe that this can be achieved by combining Pedagogical and Entrepreneurial Leadership into Edupreneurial Leadership. In addition to this research, I am also finishing two articles while in Umeå, and together with my colleagues here I am working on a new book with focus on applied knowledge for practicing principals.

To put it bluntly, what society is asking from public schools today is to do more with less, and do it better.

One of the main reasons why Petros Pashiardis agreed to return to the Centre for Principal Development is that he has identified several strengths in how research is carried out at the centre.

- One of the strong points are the monthly internal research seminars. One Friday each month all researchers read and discuss texts together, it can be published articles or work in progress. This is not within our tradition at my home university, and I think it is a great asset. I also like the mixture of people. The staff has different backgrounds, some are practitioners that previously worked as school principals, and some are theoreticians. Another strong point is the international approach. The leadership of the centre has made a conscious internationalisation effort, both for example by pushing researchers to publish internationally and by inviting visiting international researchers, like myself. It is a great opportunity to learn from each other.

A below zero heatwave

- The last time I was in Umeå for a longer period of time, the winter was quite mild. When the temperature rose to -5 C, my colleagues explained to me that we experienced a heat wave. I never saw -5 as a heat wave before! When I returned to Umeå for this second longer stay, I brought my wife with me. I had told her that the cold was not as bad as expected, and that it wouldn’t be a problem. We arrived in the middle of January this year, and when we stepped out of the plane it was -25! It was a shock! However, I think it is amazing to see how the city operates during winter, with a lot of snow and low temperatures. When it starts to snow, big machines suddenly appear outside of your window starting to sweep away the snow and clear the streets. Nothing shuts down because of the climate, the city is well organized to function during harsh winters. And inside, in all the offices at the university, the climate is very pleasant, says Petros Pashiardis.