Research project The longterm objective of the project is to build a new multigenerational research infrastructure, POPLINK, for longitudinal studies within social sciences, humanities and life sciences, covering the coastal region in Västerbotten.

The aim of this project is to build a powerful multigenerational resource of international relevance, POPLINK, well suited to large scale studies. For the first time it will be possible to take advantage of the full scientific potential of rich Swedish registry data and thus bring forth new perspectives upon vital issues within social sciences, humanities and life sciences, eg. risk factors for common diseases, socioeconomic change and intergenerational processes. The resource is built with well-documented methods at the Demographic Data Base in Umeå in collaboration with Statistics Sweden. The grant is intended for the remaining digitisation of data from the coastal region in Västerbotten, with the aim that POPLINK shall be accessible for research as from 2014. It will then give access to continuous and comprehensive high quality data on the individual level for c.600,000 individuals, including kinship, health, socio-economic and demographic conditions over the life course, up to 15 generations. Methods for secure linkage of data in POPLINK with almost every other civil-registration number based registry resource in Sweden is an important advantage, making this project different from all other digitization initiatives. The synergies thus created will further increase the strong and internationally competitive potential of the new infrastructure; in particular, since the chosen target population is already largely mapped in a number of high class registers and a Biobank. 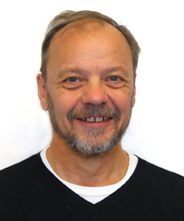