Political Science is the scientific study of power. When the discipline of Political Science was established, the dominant view was that systematic thinking about political life was largely a matter of studying the state and cooperation and conflict among states. Today, collective problem solving broadly understood is seen as the core of modern Political Science. Analysis of social organisation, governance and division of power in society are of central importance. Considerable attention is therefore devoted to questions of democracy, power and powerlessness at all social levels – international, national and local. More generally, Political Science can also be understood as the study of the authoritative division of material and cultural values in a society. What are these values? Via what processes and institutions are they divided among members of society? Why and with what consequences? These are questions at the heart of Political Science.

Political Science also includes the study of more specific questions about politics and the exercise of power. For example, what do political parties, interest groups, parliaments, national and local governments and bureaucracies do? What interests and ideologies do the articulate and promote? Which policy questions – and whose – get lots of public attention and resources and which ones get relatively little? How does this vary across states and why? What characterizes relations among states and contemporary global politics? What actors other than states are important? How do societies draw the line between the public and private spheres and what consequences does this have for gender equality and power? What political values do young people? How are these values formed and what consequences do they have for the development and practice of democracy?

Peace and Conflict Studies was established in the aftermath of World War II, in part as a response to the destructiveness of the war and in part as a criticism against the dominant research tradition into the causes of war and conflicts. In contrast to other academic disciplines, Peace and Conflict Studies is explicitly problem-oriented and normative. The causes of war and violent conflict and the prerequisites for lasting peace are the central questions of Peace and Conflict Studies, and peace and conflict researchers often articulate a political ideology of non-violence/pacifism. Despite these similarities, however, there are significant differences among researchers within the field. Of particular importance are differences as regards how to define the concept of peace. Some researchers argue that peace is the absence of political violence, while others maintain that peace must also include "structural prerequisites" for peace – including the meeting of basic human needs and justice and dignity for individuals. This distinction is often referred to in terms of negative as opposed to positive peace. The discipline of Peace and Conflict Studies includes the study of both. It attracts those interested in understanding the origins, causes and processes of war and violent conflict as well as those interested in the conditions under which lasting, positive peace can be developed and maintained. 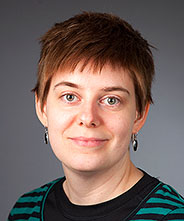 See our range of courses.