The Research Seminar Series in Philosophy invites you to a seminar with Sebastian Östlund, "Well-Being, Ill-Being, and Value-Neutral Capabilities".

Abstract: We typically want to have more well-being rather than less of it. What this amounts to in practice, however, remains hotly debated. This divergence in epistemic certainty is this paper’s main focus. The divergence is addressed through a new set of categorising concepts for use in capabilitarian theories of well-being. The starting point for my argument begins with an adoption of contemporary value-neutral definitions of the capability approach’s core concepts ‘capabilities’ and ‘functionings’. These definitions are too broad to capture well-being on their own. Nevertheless, the available competing value-laden definitions are both too broad, and too narrow. This means that they both generate irrelevant exemplars, and miss relevant exemplars of capabilities and functionings. I therefore argue that an accurate capabilitarian theory of well-being should first adopt the value-neutral definitions of the core concepts, and at a later stage introduce specific evaluative benchmarks to handle the over-generations of exemplars that the value-neutral definitions produce. 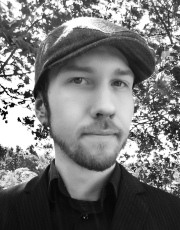