The rise, fall, and revitalisation of Icelandic fishing villages

Thoroddur Bjarnason, Professor in Sociology at the University of Akureyri, Iceland, will hold a seminar about “The rise, fall, and revitalisation of Icelandic fishing villages”

In a span of a hundred years, Iceland was transformed from one of the most rural countries in Europe at the beginning of the 20th century to one of the most urbanized at the beginning of the 21st century. While the growth of the Reykjavík capital region is the most impressive feature of this development, urbanization has profoundly transformed all regions of the country. In the early 20th century, trawlers were established in the largest towns while smaller boats made the fishing and fish processing a potentially year-round occupation in more rural areas. In an overpopulated farming society, this meant that land ownership was no longer the only basis for independent living and family formation.

Young people all over the country migrated the shortest distance from farm to shore and fishing villages mushroomed where many residents were able to maintain social relations with family and friends in the farming community. Technological advances in the fisheries provided further growth spurts of fishing towns during the late sixties and early seventies, but this in turn led to overfishing and the decline and even collapse of important fish stocks. 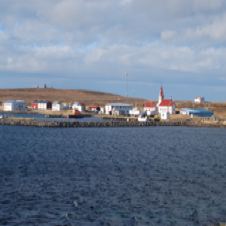 The fishing villages were further destabilised by the introduction of individual transferrable fishing quotas and the subsequent reorganization and investment in technology in more urban and diverse areas. Some fishing villages lost their fishing rights overnight while the uncertainties built into the system eroded the foundations of others.

While some villages struggle to keep their fisheries, others continue to inch towards extinction. By virtue of advances in transportation and other technological changes, several villages have incorporated into larger employment regions or have become exurban residential areas. In other cases, however, fishing villages have diversified as sites of tourism, second home ownership or, increasingly, alternative multicultural communities. While the future of many communities remains uncertain, the current wave of technological, social and cultural change may offer unexpected opportunities.

The seminar will be in English and since we at Arcum offers a light lunch, we wish that you to register your participation before Tuesday, April 23, 2019. Please use the form below.

Professor in Sociology at the University of Akureyri, Iceland