When an offer from the Wallenberg Centre for Molecular Medicine came in 2016, Francesca Aguilo took a chance and moved with her husband and two young children to a country she had never before set foot in. 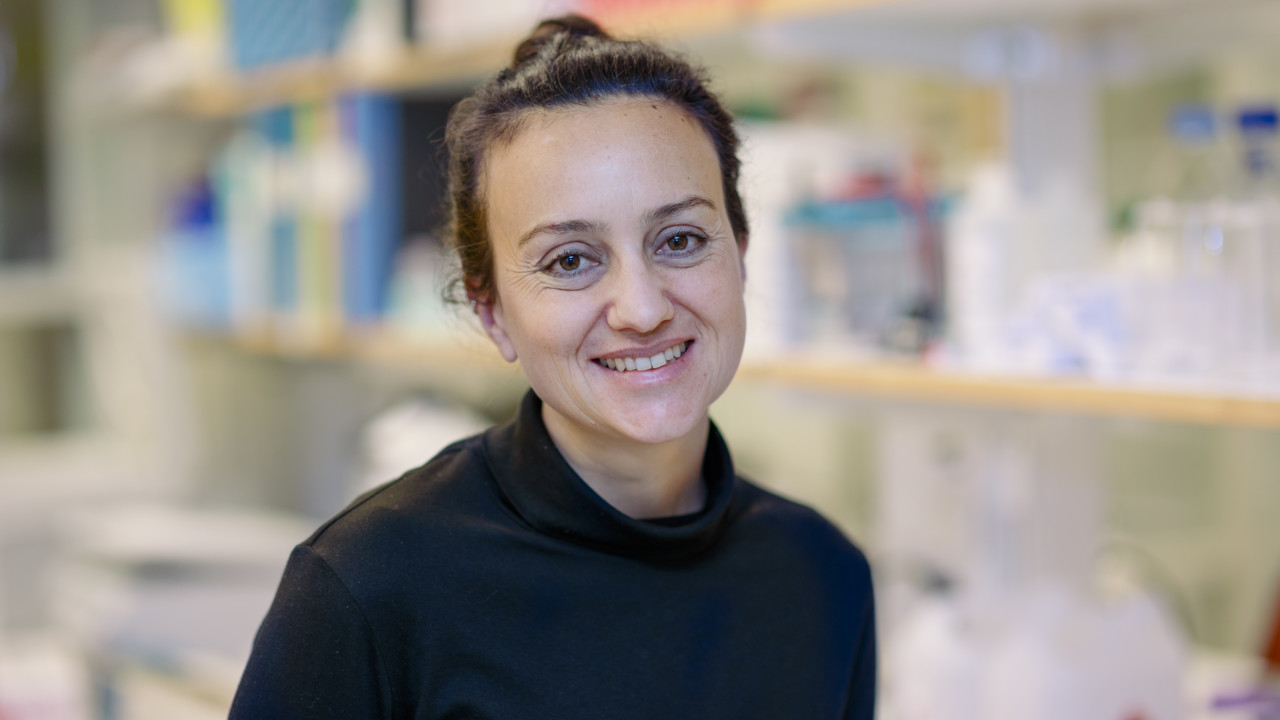 Today Francesca is a Wallenberg Molecular Medicine Fellow and an assistant professor at the Department of Medical Biosciences at Umeå University. Her research focuses on breast cancer, the most frequently diagnosed cancer among women.

In her efforts to find novel therapeutic solutions, Francesca is investigating the role of RNA and RNA regulatory proteins in breast cancer. She aims to understand the epigenetic and epitranscriptomic programs that regulate the balance between physiological and pathological responses.

Francesca grew up in Mallorca and has a PhD in molecular biology from the University of Barcelona. Prior to Umeå, she spent seven years at the Icahn School of Medicine at Mount Sinai in New York, an unbeatable experience for a young researcher. "In New York there are so many resources and it is like being in the centre of the world," she says. "You are surrounded by great scientists that make you better. There is a real feeling that if you can make it in New York, you can make it anywhere!"

Francesca moved to Umeå University for science, but at the same time, it was a perfect opportunity for her family. "Sweden is a great place for kids as the schools are so protective," she says. "You can find an equilibrium between science and family and no one questions you if you are a mother."

In New York people live to work and in Spain people work to live. In Umeå I have a better balance between work and life

It may be a quieter pace, but Francesca welcomes the lifestyle in northern Sweden. "In New York people live to work and in Spain people work to live. In Umeå I have a better balance between work and life," she says. Collaboration is easier in a small community too, she adds. "It's easier to get human samples, work with doctors and do clinical research."

Both colleagues in the department and at the Wallenberg Centre have helped the family settle in. "I have a lot of support here and people are friendly and protective of me, which is the beauty of a smaller university. Coming from Mallorca, I feel that it's nice to live in a small place again," she says.

Of course, there are challenges and some cultural difference compared to Spain. "In meetings, for example, Northern Swedes are very calm, quiet and never lose their tempers," she says. "Sometimes I feel I am the only one talking and laughing!"

And the climate can be harsh in what she jokingly refers to as the North Pole. "We came here in time for the coldest winter in 35 years," says Francesca. "The lack of light was difficult in the winter and I just wanted to sleep whereas in the spring and summer it's so light that I get hyperactive."

That extra energy comes in handy for all of Francesca's interests that include travelling, being with friends, music, the cinema and running. "My problem is that I have too many hobbies. But I try to find time to do them because that is part of finding my equilibrium, along with work and my family."

Passionate about her work, Francesca says she's driven by a desire to understand the mechanisms of how things function in molecular biology. Francesca has been interested in science and medicine all her life, following her brother's death from cancer just before she was born. "Thanks to the efforts of many scientists who put their efforts into the fight against cancer, my brother would have been alive today," she points out.

Francesca welcomes the challenges in her work. "I like having a question and solving it like a puzzle," she says. With three more international researchers joining her research lab in September, she will have plenty of support piecing together scientific puzzles.

Born in Mallorca, Spain.
Has a PhD from the University of Barcelona.
Worked as a researcher at the Icahn School of Medicine at Mount Sinai, New York.
Current research investigates the role of RNA and RNA regulatory proteins in breast cancer.
Francesca is a Wallenberg Molecular Medicine Fellow at Umeå University.

Francesca Aquilo, about her research

The department of medical biosiences promotes a stimulating and creative environment for research and educatio...