How did you end up in Sweden?

"My dad moved to Sweden and had lived here for ten years when I came as a fourteen-year-old. I thought it'd be exciting. Dad said schooling was free of charge here. That's good, because I have five siblings. I was born in Rwanda, but moved to Uganda and lived there for eight years before I moved back to Rwanda."

How did you find out about Umeå University?

"I lived in Stockholm and visited a fair to see what universities had to offer. I didn't necessarily think I got any good answers. Instead, a friend of mine who had studied in Umeå said that there were courses in English there too. I applied late and was admitted. Then I found out that the course started the following day."

What happened when you came to Umeå?

"I had mixed feelings, but I was rather adamant. I really wanted to go to Uni. I just packed my clothes and got on the plane to Umeå. I didn't know anyone here, but thanks to a friend in Stockholm, I was able to stay with my friend's parents for the first week. Then I lodged for six months before I found my own student apartment." 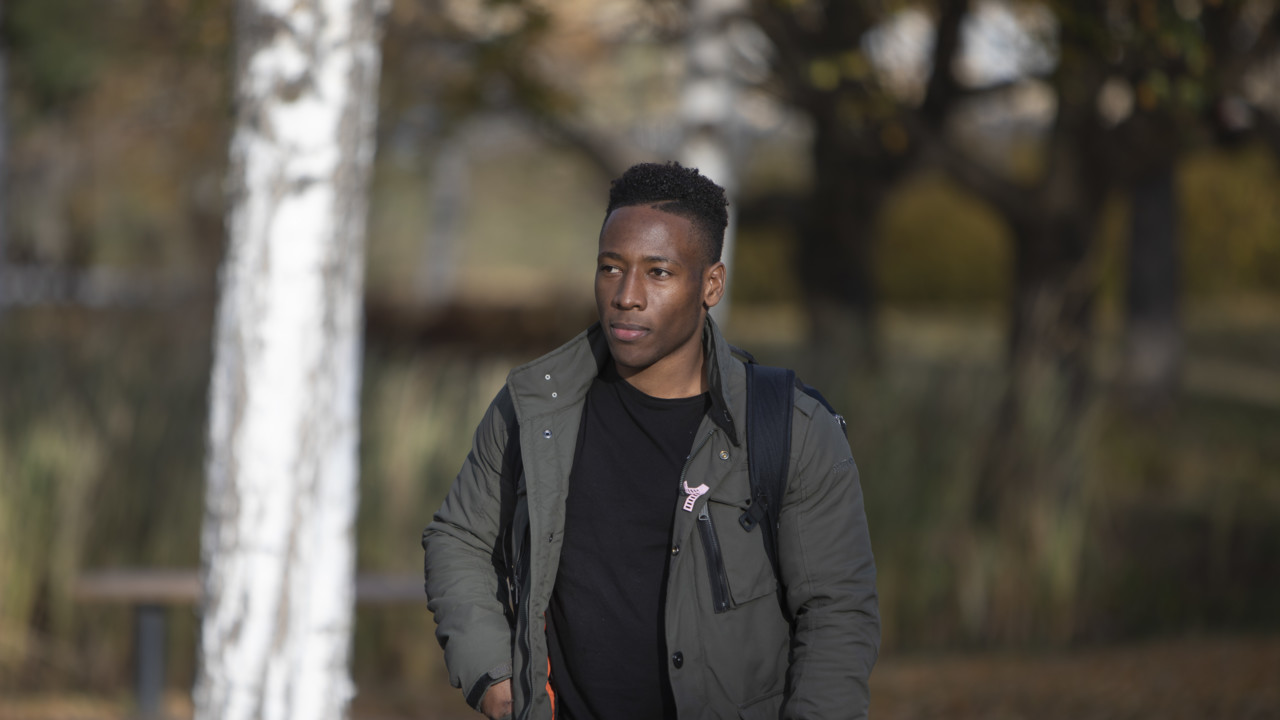 "I have a strong interest in endemic diseases and want to participate in improving public health. And I’d also like to do cancer research," says Henri Bwanika.

What did you think of your move to Umeå?

"A winter in Umeå isn't the same as a winter in Stockholm, Rwanda or Uganda. I came to Umeå in September, which wasn't a problem. But then came the snow – and lots of it – already in the middle of October. As a consequence, I just had to dress warmer."

How long did it take before you felt more at home here?

"Fairly quickly, only about a week. The orientation of new students was great and I met my classmates."

Did you have plans for further education and work when you came to Sweden?

"No one in my family had studied before me, but mum thought I should become a doctor. For a while I considered it. At least I thought I'd do biological sciences of some sort. That had been an interest already since secondary school. Or maybe public health or medicine. At least I knew I wanted to carry on studying. Life sciences is one of my favourite subjects. I also have a strong interest in endemic diseases and want to participate in improving public health. And I'd also like to do cancer research."

What's the most important factor in getting this far already at the age of 22?

"Language is key and Swedish is hard. I didn't take 'Swedish for immigrants' courses when I arrived, but fought on to finish school and I have several Swedish friends. In Rwanda and Uganda, I spoke Kinyarwanda and Luganda, but I also learnt English from the age of four. That's come in handy. I've started the Master's Programme in Biomedicine and I'm also planning on taking a Master's in Chemistry."

Is it difficult to find things to do in Umeå?

"Not at all. After my orientation for new students I knew what IKSU was. In fact, everyone knew what IKSU was. I think I even went there on my first day. I also like to paint big paintings of animals and nature. I go to the gym and enjoy climbing. Now, IKSU even has a new climbing centre. And for me, climbing is good for relieving stress." 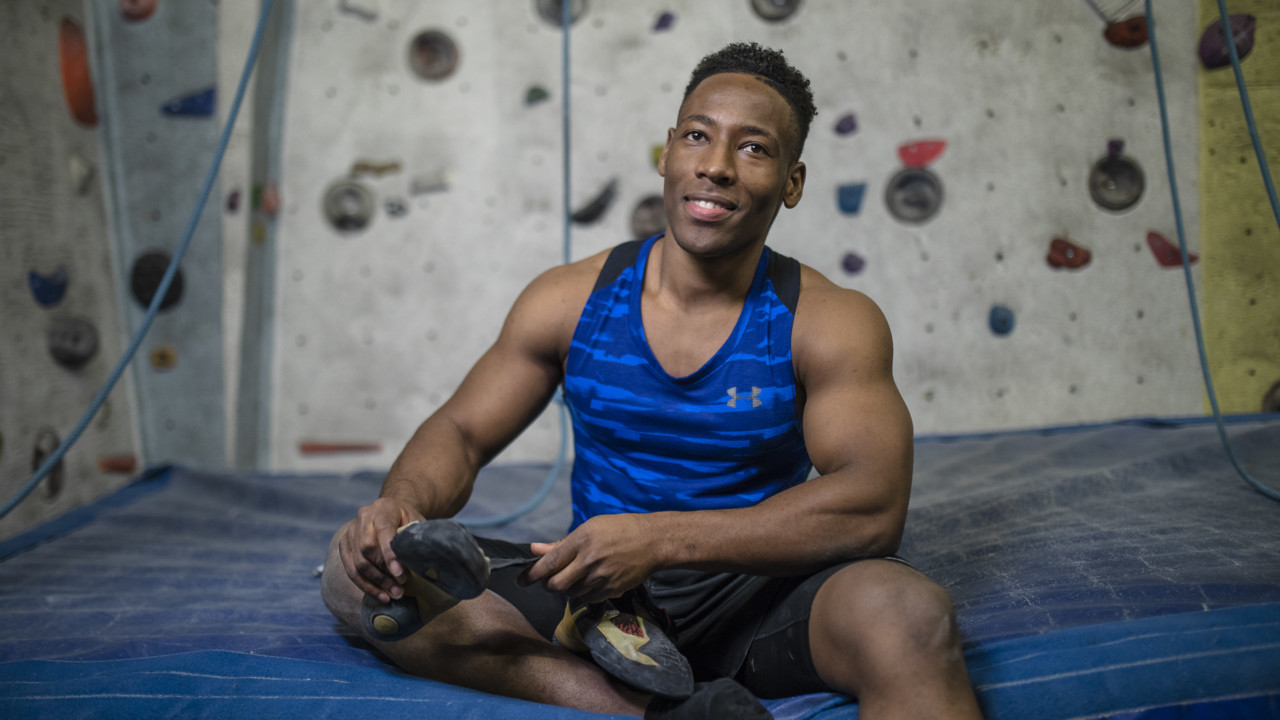 With his aims set high. Henri Bwanika at one of his favourite spots in Umeå – the new climbing centre at IKSU. When he's not climbing, he studies biomedicine at Umeå University.

What advice would you give to those who want to study here?

"Get on a housing list! Queue up for any place where you could imagine you may study. It may take some time before you find out if you've been accepted."

How are you liking it after three years in Umeå?

"It wasn't like moving to another planet. Umeå is a typical student city with many good qualities. There is a wide range of cultural activities, such as theatre and the Bildmuseet contemporary museum of art with its international café."

Swedish socialising is all about 'fika' – drinking coffee or tea served with something sweet.

"I like cinamon buns and a good cup of coffee, but I drink tea sometimes too," says Henri. "Sometimes I like to bake muffins with friends and fellow students as it's an easy way for me to cheer up and get to know people. I also like banana cake."

Did you encounter any problems with studying at Umeå University?

"I'll have to think about that one ... No, no problems really. There is support everywhere and people are friendly and helpful."

You are also a student ambassador. What do you say when talking about Umeå University?

"Umeå is a fantastic student city. That's what I hear from all international students. There is also a wide array of international courses to choose between. I could talk all day about the University. As a student ambassador, I get the chance in different scenarios or at fairs to talk about all the opportunities available here. It's easy to get in touch with everyone at campus. I had no experience and few expectations about being a student, but I recommend getting involved in one of the students' unions. But I also suggest letting your hair down once in a while."

This text is a translation of an article first published in the magazine Allt kommer bli bra 2019/20.

A vibrant city with a young population that encourages free-thinking and open-mindedness.