Abrak Saati says "No one that I've talked to from other continents, can understand that we don't safeguard democracy more than we do — we who already have it."

Abrak Saati is a researcher at the Department of Political Science at Umeå University who finds herself in the middle of an international postdoc project funded by the Swedish Research Council. The project bears the title 'How can constitution-building processes in post-conflict states and in states in transition from authoritarian rule contribute to enhancing democracy?' Besides work at her own department, the research is also conducted at the British Institute of International and Comparative Law in London, and at the American Bar Foundation in Chicago.

London is fine, Abrak Saati goes there every month, but Chicago posed a problem.

"I was supposed to be there from January until May 2017, the flight was booked and an apartment was rented, but then Trump's travel ban for citizens from, for instance, Iran kicked in. As I was born in Iran, I have an Iranian citizenship, but I've lived in Sweden since I was three years old, so I also have a Swedish citizenship. When the travel ban came, people with double citizenships — like me — weren't granted access into the US. Now, I can travel to the US with a visa. As a matter of principle, this is tricky. My views are split when it comes to travelling there as long as this policy is still in place."

Does: researcher at the Department of Political Science.

Hobbies: exercising, hanging out with friends, and travelling.

Favourite dishes: I must say the Persian cuisine after all.

Latest book or film: "How Democracy Ends" by David Runciman — very thought-worthy. I'm a fan of space movies, I watched Apollo 13 for the tenth time the other day.

Countries I'd like to visit: My bucket list of places to see is limitless. But at the top are Switzerland, Nepal, Tanzania, Lofoten in Norway and I'd happily return to France and Paris.

Dreams of: Many things, but primarily a different political ruling in Iran. It would be extremely valuable to be able to return unbounded and experience the country.

Abrak Saati came to Sweden and Umeå in 1985, where she grew up and went to school. It's now a part of her profession as a researcher to follow the democratic development around the world.

"The older generation remembers wars and undemocratic rule. Younger people — my students alike — have other frames of reference. They take democracy for granted. Most of us haven't experienced anything other than democracy and know that we can regularly vote for our political representatives. If you don't know what democracy is, and particularly, if you don't know what it ISN'T, then you can't stand up for or defend it. Young generations in other countries are willing to fight for democracy — whereas young Swedes are willing to sell their votes."

I want to contribute to greater good, even if I don't have all the answers myself.

The difference in perception in the older population in comparison to youngsters isn't just something Abrak Saati has experienced in her own encounters. She can also refer to a study in the US that says that two thirds of people in the age span of 70–80 find democracy important, whereas the corresponding number for 20–30 year-olds was only one third.

"There is a Swedish study from 2011, that shows how 21 per cent of young Swedes in the age of 18–29 could consider selling their rights to vote. 26 per cent of this category think it would be 'good' or 'very good' to have one strong leader running Sweden without having to worry about elections. This concerns me and I'd like to ask these individuals who claim they're prepared to sell their votes or those who are prepared to see a 'strong leader' run this country, what they think such a future would have in store for us."

Swedish politics has noticeably changed in the last decade.

"There have been right-wing populist parties and extreme movements previously too, so I'm not surprised they exist now as well. After this election, it'll be interesting to see if other parties in the Swedish Riksdag will live up to their promises during the election campaign — not letting the extremist parties gain influence, that is. So far, Sweden has been relatively unique in Europe in not having let extremists in on any decision-making." (Editor's remark: this text was written after the election but before a government had been formed).

Abrak Saati is worried that it is remarkably easy to get rid of democracy. 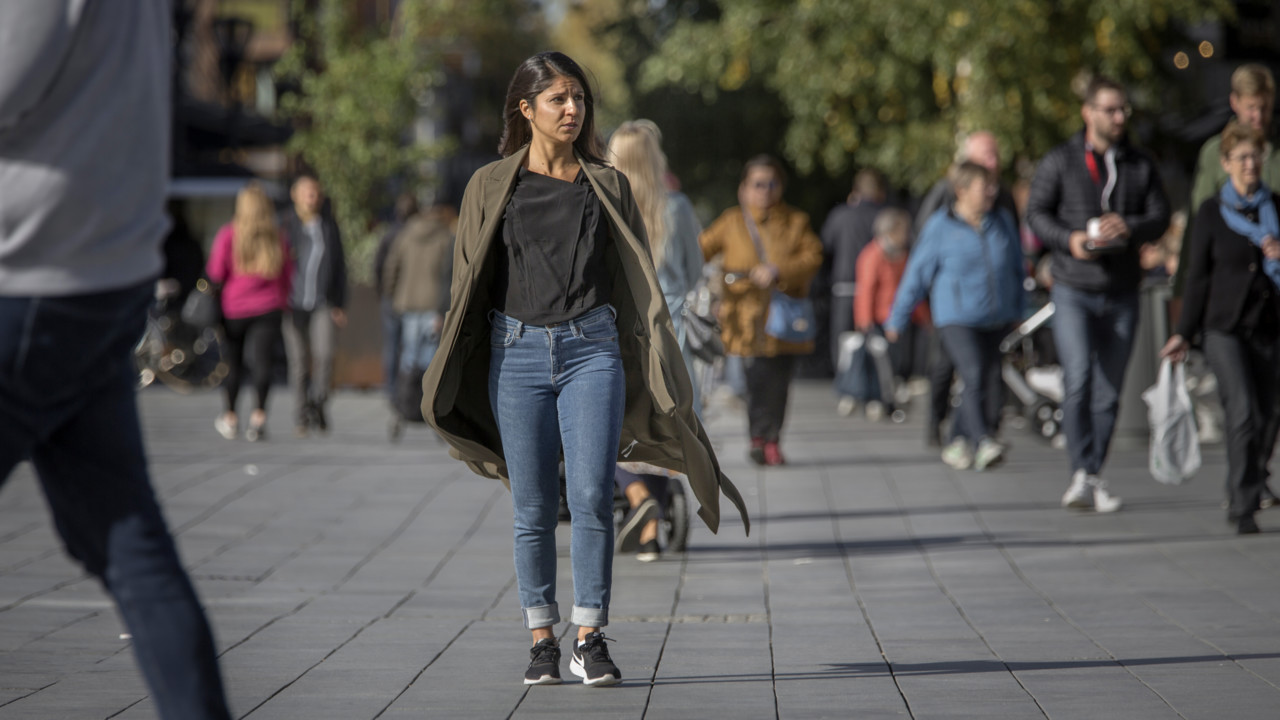 "It's alarmingly easy to abolish democracy in Sweden. As it stands, our fundamental rights, such as freedom of speech, freedom of association and freedom of religion, can be abolished through only two decisions of ordinary majority in the Riksdag with a mandatory new vote in between. In other countries, for instance Germany, it's constitutionally protected that decisions conflicting against human rights, and against democracy, are disallowed. In other countries yet, there are constitutional courts making sure that new laws are not legislated if they go against the constitution. In my mind, the Swedish constitution should be revised."

In her research, Abrak Saati has studied the North African countries that went through changes during the Arab Spring in 2011. Tunisia seems to be the country that has prospered the most. Albeit, all is not tip top, according to Abrak Saati's impressions from her field studies onsite last year.

"The euphoria has settled in Tunisia. It's worrying when even some politicians, who took part in writing the new constitution, think it may have been better in the past. Democracy requires time and patience."

Abrak Saati sees three reasons to why democracy no longer has a strong foothold.

"Previously, the mass media had an important role as 'guardian', but now extreme views are spreading through social media. During the Arab Spring, hope arose that social media could have a positive impact on democracy, but there is a downside too. Another reason is that our standard of living has improved over many years. Now, it isn't improving at the same pace, which makes people disappointed in politicians. A third reason is that many stabile democracies were established in an era when these states were more ethnically homogenous than what they are today. Some people welcome the change, others don't. And populist parties have been quick in exploiting concerns and dissatisfactions."

"Every day, I think about what my life could've been like had I stayed in Iran. Every year, I celebrate the day in May that I came to Sweden. Choosing Umeå was very much due to my father having studied here in the 1970s. He lived at Fysikgränd, but thought it was too cold in Umeå and moved on to the UK, completed his studies and then moved back to Iran."

Abrak Saati's family came to Sweden at the beginning of the 1980s as several relatives still lived here.

"Umeå is a progressive city full of life. I'm a restless soul, but thanks to my work I get to see more of the world, one of those places is London, but also countries where I do field studies, such as Tunisia. I really like conducting research. It's like laying a puzzle, often together with other researchers somewhere else in the world. I don't think I'd be able to do research on just anything. I want to contribute to the greater good, even if I don't have all the answers myself."

Abrak spends a lot of her time working, sometimes even too much. 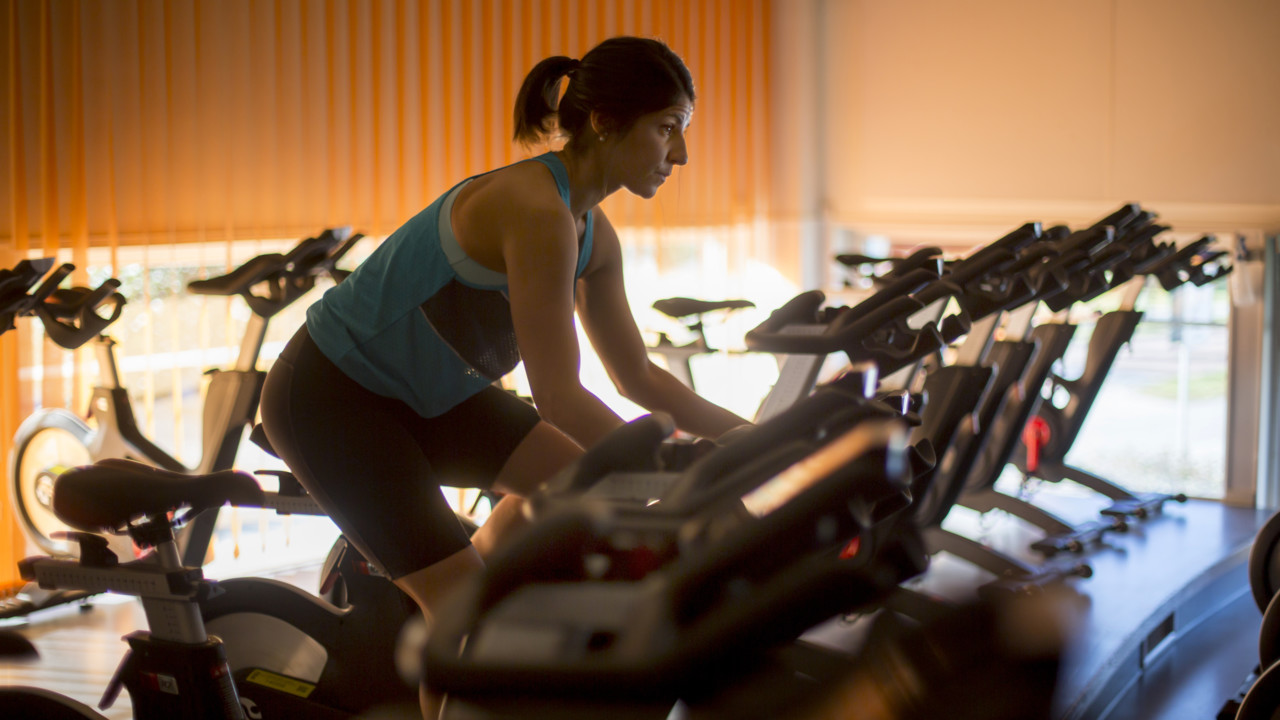 "I've become better at finding that balance between work and spare time. You produce better results if your brain is allowed to recover sometimes. That's why I exercise, it's the best way of clearing my thoughts. It becomes even more important to exercise when you have bad moments at work, I find. It literally feels as if your brain expands after an intense training session. I used to go running, but I had problems with my feet. Now I bike, both on roads and indoors at IKSU."

Also in her spare time, she is reminded and worried about the future of democracy.

"When I voted on election day, I saw families who brought their kids. A little girl was begging her dad to let her vote. 'You can vote in twelve years,' he answered. That made shills run down my spine thinking: will she really be able to vote when she grows up? And will it be a fair election?"

This article was first published in the magazine Aktum no. 2 2018.

Democracy in Crisis and How to Save it - Abrak Saati