NEWS Due to their unique properties single walled carbon nanotubes have been suggested as a promising material for electronics, optics and in other fields of materials science. When scientists from Umeå University and Aalto University tried to perform a reaction between hydrogen gas and fullerene molecules encapsulated in nanotubes something very unlikely suddenly appeared possible. 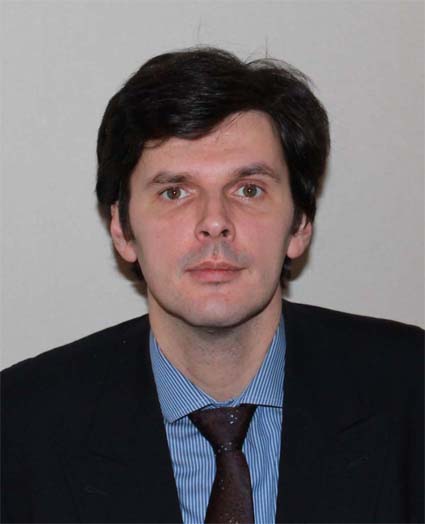 – Chemistry on the nanometer scale often appears to be different compared to chemistry in the normal scale and carbon nanotubes provide ideal conditions for studies of reactions in nanospace, says Alexandr Talyzin, docent at the Department of Physics, Umeå University.

The standard approch to make chemical recations inside of single walled carbon nanotubes, SWNTs, is to fill the inner space with molecules (e.g. fullerenes, thus forming so called peapods) and make them react with each other.

The nanotube walls will then protect the encapsulated molecules from outer space and make reactions with molecules and atoms outside the tube impossible. Once the SWNTs are filled with C60 molecules there is not enough space for hydrogen molecules to go in. That was the common opinion when the research groups started their experiments a few years ago.

But their experiments leave no doubt, hydrogen does actually penetrate into peapods and react with fullerenes. The evidence is rather direct, when the temperature and pressure of hydrogenation is taken to extreme values the fullerene cage collapses completely and large hydrogen molecules are formed. This was confirmed both by Raman spectroscopy and high resolution TEM.

The study provides one more example that chemical reactions in nanoreactors are not always the same as in “normal” conditions. In three-dimensional structure molecules can react with their neighbours in all possible directions, up, down, right, left etc.

– Inside of carbon nanotubes fullerene molecule have only two neighbours, lets say to the right and to the left. Similarly, the reaction with hydrogen is also limited to one-dimension, says Alexandr Talyzin.

A great advantage is that even single molecules inside of SWNTs can be observed using high resolution electron microscopy, something extremely difficult for bulk powders, he adds. High quality images collected at Aalto University allowed the scientists to observe not only hydrogen induced collapse of C60, but also hydrogen-driven coalescence of molecules into chain polymers and tubules.

– What we learned is a rather general result for nano-chemistry. Now we have direct evidence that molecules inside of SWNts can be reacted with gases. It opens enormous possibilities for synthesis of novel hybrid materials and chemical modification of encapsulated molecules and materials, says Alexandr Talyzin.

More about the study: