Clays can expand under pressure from water

NEWS It was always believed that water is “squeezed” out of the clay structure under pressure but physicists at Umeå University together with German colleagues show that this appear to be not always true if excess of liquid water is available around. The new findings are published in Angewandte Chemie. 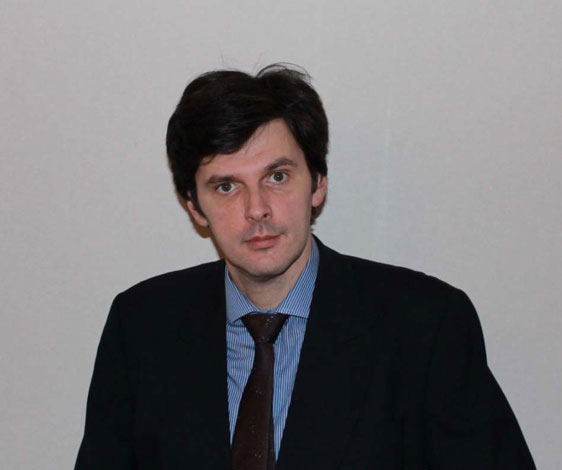 Clay minerals are among most common on the Earth and some of the most important materials in the construction and building industry. Layered structure of clays can easily be expanded if water is added. This phenomenon is called swelling and it is explained by the insertion of water into the inter-layer space of clays structures. Swelling affects all possible applications of these materials and is important for example in sealing of natural oil reservoirs as the hydrated clays are not permeable for oil.

Clay rocks are formed in nature by sedimentation and it is commonly supposed that water is released from hydrated clays under the influence of pressure increase, gravitational compaction, and formation of rock deposits. Therefore, it is expected that deeper in the earth the clays contain less water.

New experiments, performed at Umeå University in collaboration with team of German scientists, demonstrate that the structure of synthetic clays expands under pressure due to additional hydration if liquid water is available in the system.

"Previously we have found a similar phenomenon for graphite oxide which is also hydrophilic layered material but a non-natural material produced in the laboratory. The new study demonstrates that pressure induced water insertion is very general phenomenon as it is found in two rather different materials – graphite oxides and clays," says Alexandr Talyzin, researcher at the Department of Physics and co-author of the article.

Natural clays are notoriously difficult to use in structural studies due to their poorly ordered structures. Therefore, the researchers selected a specific type of synthetic clay material, Na- fluorohectorite, which was recently characterized very well at ambient pressure. It has been found to hydrate in clear steps connected to insertion of water monolayers and its structure preserves when pressure is increased.

At certain pressure point the researchers observed step-like increase of distance between the two- dimensional sheets of the clay material.
"The increased pressure caused water molecules to be inserted into the clays. It can be expected that a similar pressure-induced swelling effect will be found also among natural clay minerals," says Alexandr Talyzin.

In this case, water rich clays can possibly be found unexpectedly deep in the earth or in ocean sediments. It is also likely that exposed to various water solutions, clays can also adsorb additional amounts of organic matter under high pressure conditions and release it when pressure is decreased.

This possibility of accumulation of organic material could be a piece of the puzzle in the clay-related theories for the origin of life. Organic matter must be highly concentrated to produce such immensely complicated forms as life is.

The work was performed by the research group of Alexandr Talyzin group in collaboration with the team of Prof. Josef Breu at Bayreuth University, Germany.