NEWS Climate change will affect Norway spruce trees and also the bacteria and fungi that are living in symbiosis with the tree. Julia Haas shows in her PhD thesis that Norway spruce uses special strategies to adjust to cold and drought stress and that the microbial community living together with the trees is more diverse when the trees are fertilized. Her findings are important to predict how future boreal forests can cope with the changing environment. 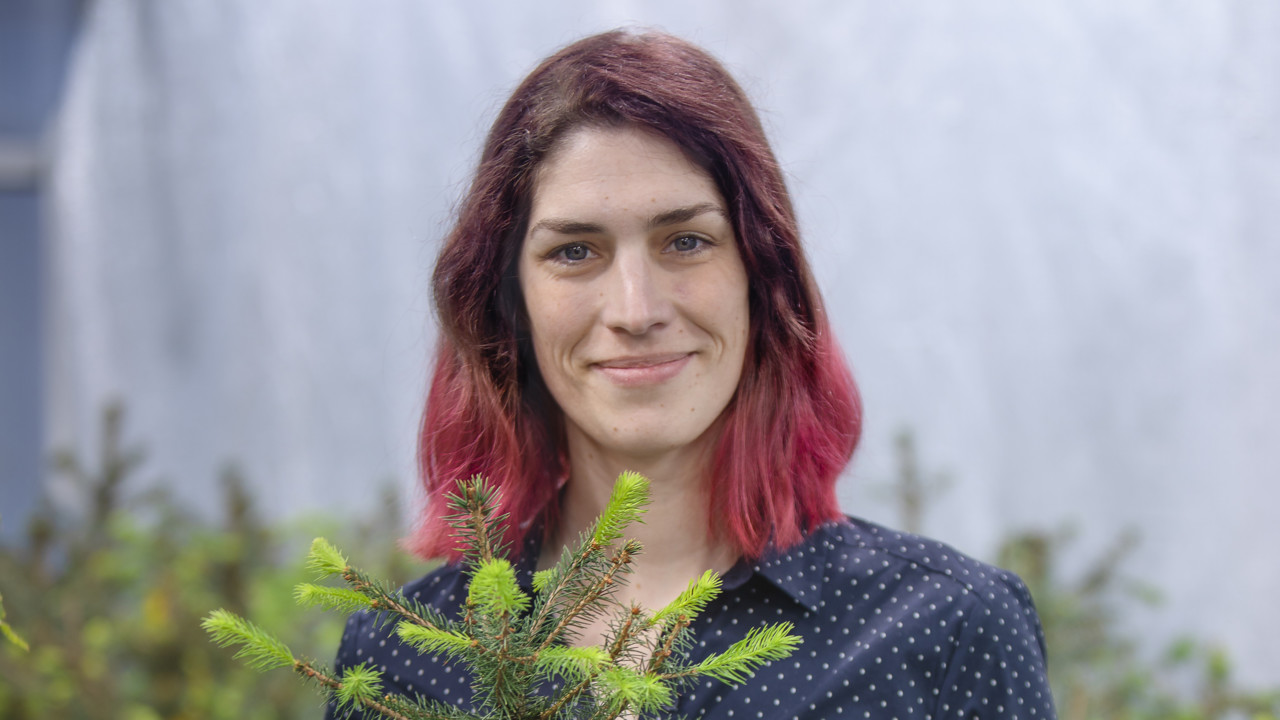 Julia Haas will defend her thesis on Friday, 14th of December at Umeå University.

Higher temperatures, summer droughts and changes in the seasonal cycle with increasing late frost events in spring will not only compromise the productivity of Norway spruce forests but could threaten the existence of Norway spruce in boreal forests. Breeding for higher stress tolerance will help to adapt future tree generations to those challenges. Julia Haas identified genes that are involved in the regulation of drought and frost tolerance and therefore good targets for breeders to improve the tolerance against abiotic stresses in Norway spruce.

In her experiments, Julia Haas compared drought and frost responsive genes in Norway spruce seedlings with known changes in the herbaceous model plant Arabidopsis thaliana. Her results showed that well-known transcription factors that regulate the expression of a multitude of other genes in Arabidopsis under drought or frost were not expressed or lacking corresponding gene models in the Norway spruce genome.

"Norway spruce often grows in harsh environments and in extreme climates. This, together with the evolutionary distance to flowering plants can explain the observed differences", explains Julia Haas. "It is not possible to just transfer knowledge from evolutionary younger but better studied agricultural crops or broad-leaved trees to Norway spruce. Breeding and genetic engineering of Norway spruce requires a special tool set making it more stress tolerant. My research provides a first insight into Norway spruce-specific mechanisms."

The fitness of a tree is also influenced by microorganisms living in symbiosis with the tree. Bacteria and fungi can have beneficial effects on the growth and improve the abiotic stress tolerance of the plant host. However, climate change and human activities that increase the nutrient input in ecosystems can have both positive and negative effects on plant-associated microorganisms.

Julia Haas and her colleagues studied the diversity and composition of microorganisms in a Norway spruce forest that was fertilised over the last 25 years. Intriguingly, they found that the effect of fertilisation on the diversity of symbiotic fungi and bacteria was positive and that microbial communities with higher nutrient preferences established.

"Responses in this forest ecosystem are highly dynamic and processes involve complex interactions between fungi, bacteria and plants. But research has focussed for long time only on mycorrhizal fungi and trees. We need to start look at functions and the role other microorganisms play to fully comprehend how future changes will affect the whole ecosystem", says Julia Haas. "Only then can we make reliable predictions about the robustness of the ecosystem to climate change."

To identify beneficial plant microbiota is also interesting for the forest industry. The microorganisms can be applied in tree nurseries to improve the growth of the seedlings and this may help to secure tree production and growth in challenging climatic conditions in the future.

About the thesis defence:

On Friday, the 14th of December, Julia Haas, Department of Plant Physiology, Umeå University, will defend her thesis, entitled ' Abiotic stress and plant microbe interaction in Norway spruce'.
The public defence will take place at 10:00 in Carl Kempe salen (KB.E3.03) in the KBC building, Umeå University.
The faculty opponent will be Jennifer Baltzer, Associate Professor and Canada Research Chair in Forest and Global Change Department of Biology, Wilfrid Laurier University, Waterloo, Canada. Supervisor of the PhD thesis was Vaughan Hurry.