NEWS A comprehensive international study published today in Science describes how humans are affected when climate changes cause species to distribute unexpectedly across land and in water. Global changes to ecology have implications on humans that are becoming increasingly conspicuous – and it covers anything from health risks, economical threats, and conflicts over fisheries resources to affected access to global crops. 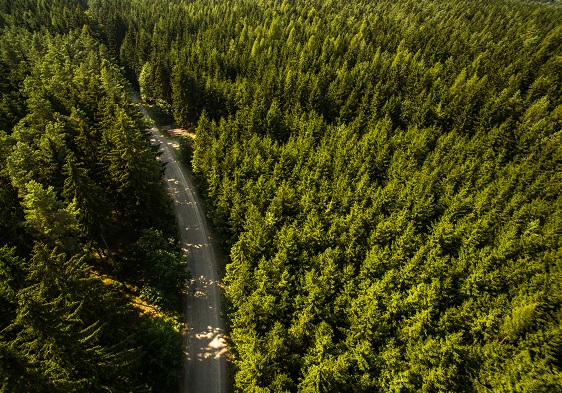 In the international study, led by Australian researchers and in which Birgitta Evengård, professor in infectious diseases at Umeå University has participated, 41 experts warn that communities and economies from the tropics to the poles are being affected as species are already responding to climate change.

“As the only health professional in the research team, my contribution mainly concerned the health perspective. This is already something that our comprehensive Nordic climate and health research project, CLINF, is already focusing on,” says Birgitta Evengård, researcher at the Department of Clinical Microbiology and co-author of the article.

“The ecosystem changes we now see affect the very core of humanity – medically, socially and economically. The complexity in species movements require interdisciplinary teamwork covering a variety of areas, and it is key that research output rapidly reaches decision-makers and citizens. The UN sustainability goals, the so-called Sustainable Development Goals for 2030, does unfortunately not cover perspectives on how a rapid change in nature can lead to sudden changes to society. This study shows that the species movement is something that needs to be integrated into such planning.”

As their local environment changes, many plants and animals are responding by moving to higher altitudes on land, greater depths of the ocean, or towards the poles. Previous studies have shown that land-based species are moving polewards by an average of 17 km per decade, and marine species by 72 km per decade. While some species favour a warmer climate and are becoming more abundant, many others species that humans exploit or interact with instead face depletion or extinction.

“Human survival depends on other life on earth so the redistribution of the planet’s living organisms is a substantial challenge for people worldwide,” says Gretta Pecl, researcher at IIMAS, University of Tasmania in Australia, who led the study. “In this study, we are showing how climate-driven changes in the distribution affect ecosystems around the world; human health and cultures are also affected by this process.”

According to the study, people are affected by movements in many ways:

“Interdisciplinary teams that cover the biophysical and human dimensions are essential if the full societal impacts of range shifting species are to be identified and managed. Enhanced awareness and appropriate governance will provide the best chance of minimising negative consequences and maximising the opportunities from major species movements, which will continue for the foreseeable future,” says Birgitta Evengård.

The study of climate-driven changes in species distributions is a relatively new field of science. Birgitta Evengård leads CLINF, an interdisciplinary Nordic research project on contagious diseases in the Arctic. In February 2016, the first international research conference, Species on the Move, was held on this topic. A follow-up conference is likely to be held in Kruger National Park, South Africa, in 2019.

Read the article in Science

Link to more information on CLINF