NEWS At a ceremony in Copenhagen on 17 March, Professor Emmanuelle Charpentier received the annual Novozomes Prize, which is awarded by the Novo Nordisk Foundation for pioneering research activities or technology solutions that promote biotechnology science. 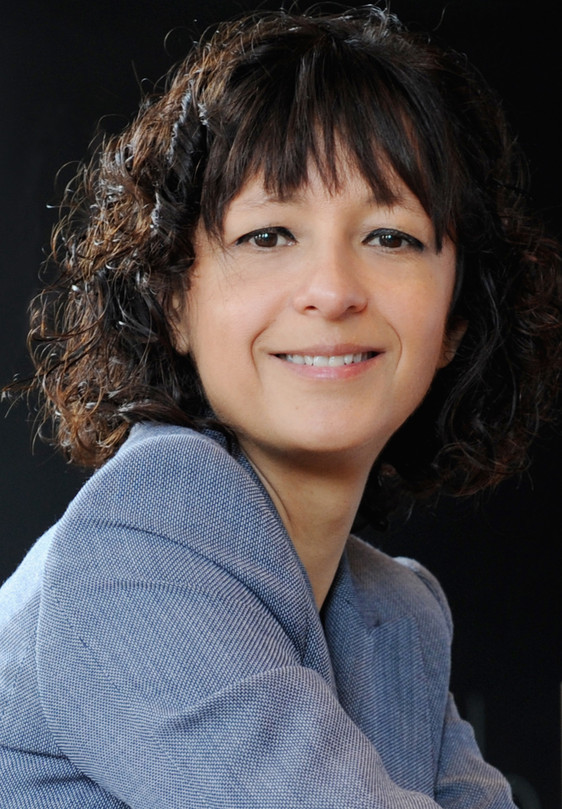 Emmanuelle Charpentier, visiting profssor at Umeå University, research leader at the Laboratory for Molecular Infection Medicine Sweden (MIMS) and professor at the Max Planck Institute for Infection Biology in Berlin, was awarded the prize together with Lithuanian Professor Virginijus Siksnys at Vilnius University. This is the first time that two researchers have shared the prize, which is also accompanied by DKK 3 million.

According to the chair of the Prize Committee, Søren Molin, the prize is awarded Emmanuelle Charpentier for being at the forefront of developing the CRISPR technology. During her time as research leader at MIMS in Umeå, Emmanuelle Charpentier conducted research that led to the discovery of the so-called CRISPR-Cas9 system – an adaptive immune system that protects bacteria from invasions by foreign DNA. The CRISPR-Cas9 technology can be used as a tool for precise and efficient editing of genes in various organisms and cells in plants, animals and humans.

“I’m very honoured to have been selected to receive the 2017 Novozymes Prize. I thank the Novo Nordisk Foundation for the generous funds that will help to support my research on the understanding of bacterial infection mechanisms. I would also like to thank my team, which has accompanied me in the journey from the discovery of tracrRNA in the human pathogen Streptococcus pyogenes to the deciphering of the dual-RNA Cas9 mechanism and its evolution in bacteria. I am overwhelmed by the broad success of the CRISPR-Cas9 technology and its multiple applications,” says Emmanuelle Charpentier.

Emmanuelle Charpentier’s research concerns basic molecular mechanisms that control physiology and infection-related processes in gram-positive pathogenic bacteria, such as the Streptococcus and Listeria bacteria, on both cellular and molecular level. She will be holding a scientific award lecture on her research at Umeå University on 27 March 2017. The lecture, which begins at 2:30 pm, will be held in English and is followed by a reception courtesy of the Novo Nordisk Foundation.

Emmanuelle Charpentier has previously been awarded for instance the Japan Prize (2017), the Tang Prize in Biopharmaceutical Science (2016), the L’Oréal-UNESCO For Women In Science Awards (2016), the Breakthrough Prize in Life Sciences (2014), and the Göran Gustafsson Prize (2014). In 2015, Emmanuelle Charpentier was elected into the Royal Swedish Academy of Sciences, as a foreign member in the academy’s class for biosciences. She has also been appointed honorary doctor at the Catholic University of Leuven in Belgium, and New York University in the US, and received the 2016 Human Frontier Science Program Nakasone Award.

Link to more information on the Novozymes Prize