NEWS The same factors that increase the risk of species extinctions also reduce the chance that new species are formed. This is concluded by two biologists at Umeå University. Their findings are published in the April issue of the scientific journal Evolution. 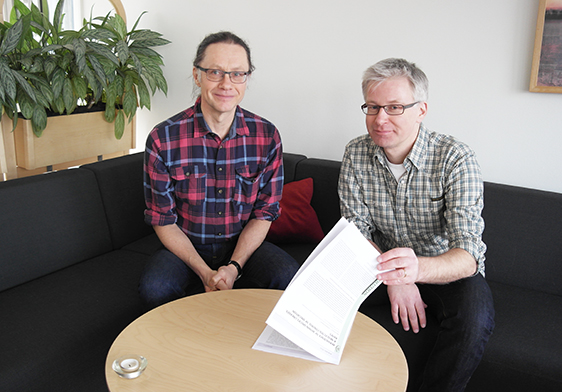 The same factors that increase the risk of species extinctions also reduce the chance that new species are formed. This is concluded by two biologists at Umeå University. Their findings are published in the April issue of the scientific journal Evolution.

We often see alarming reports about the global biodiversity crisis through the extinction of species. The reasons why species become extinct is much discussed, particularly the consequences of human activities. Less often discussed is how environmental changes affect the chances that new species are formed.

New species arise when groups of individuals within a species successively become so different that they eventually are recognized as separate species, usually defined as inability to interbreed and produce fertile offspring. Differences can arise in several ways. Groups could become isolated from each other on either side of barriers, for example a mountain range, or they can adapt to different conditions by natural selection. How often new species form varies dramatically among organism groups and regions. Researchers have, so far, attributed this variation to differences in the strength of the forces that cause the differences.

Now, Umeå researchers Mats Dynesius and Roland Jansson argue that there is another very important reason for the variation in speciation probability: The groups within a species that may eventually become separate species must persist over long periods of time.

– If they die out or mix with other groups before they become separate species, there will be no speciation. The risk that they do not survive long enough as separate groups is generally large, but varies among groups. The differences in risk depend on the organism's characteristics and on the environment they live in, says Mats Dynesius, Associate Professor at the Department of Ecology and Environmental Science.

One of the researchers' conclusions is that the characteristics of the species and their environment that increase their risk of dying out also results in fewer new species being formed. Another conclusion is that certain factors, which increase the chance that groups become more different and eventually evolve into separate species, can simultaneously increase the risk that the groups go extinct. One such factor is poor dispersal ability.

The new approach could change the way scientists look at how characteristics of organisms and environments affect species' tendency to multiply.

– Studies on speciation should take into account the factors that influence the longevity of the groups within a species, which could ultimately become separate species. I think that would lead to a much better understanding of how Earth’s biodiversity was built and why there are so many species in certain groups of organisms and in some regions and so few in others, says Roland Jansson , Associate Professor at the Department of Ecology and Environmental Science.

– Our approach will also make it easier to preserve opportunities for new species to arise in the future. For example, scientists have recently drawn attention to how the impact of humans on the Galapagos Islands may have caused different groups of finches, which could have become new species, have instead mixed with each other, says Mats Dynesius.