NEWS Chemists and molecular biologists have made an unexpected discovery in infection biology. The researchers can now show that two proteins that bind to one another slow down a chemical reaction central to the course of the disease in the bacteria Yersinia pseudotuberculosis. The results have been published in the Journal of Biological Chemistry. 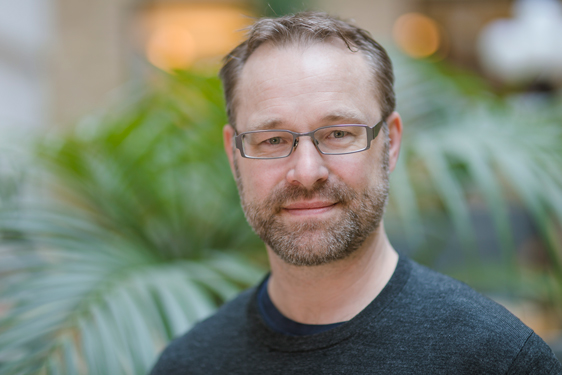 Yersinia pseudotuberculosis and many similar bacteria infect humans by injecting toxins, so-called effector proteins, through a needle-like organelle called injectisome. Previous research has already shown that the protein YscU plays an important part in the regulation of effector protein transportation. YscU is unique in its ability to cleave itself in two parts, as a consequence, one of these parts is then transported out through the injectisome.

By combining biological experiments with studies on atomic level, the research team discovered that another protein, YscP, binds to YscU and regulates its self-cleaving abilities. When the proteins bound to one another, the speed of the self-cleaving was greatly reduced.

“The chemical process behind the self-cleaving was cooled down by the interaction and was hence slowed down. The result is a good example of how biology and chemistry nearly always go hand in hand and is a huge step forward. This gives us new opportunities to study the regulation of the course of diseases,” says Hans Wolf-Watz.

The studies on atomic level were conducted using magnetic resonance spectroscopy at the Department of Chemistry at the NMR for Life platform, which is a national infrastructure for NMR in Sweden.

“The initial investment to fund an NMR instrument that the Kempe Foundations facilitated paved way for further funding from both the Wallenberg Foundations and SciLifeLab. Also, the protein expertise platform in our labs was of crucial importance for undertaking the research project,” says Magnus Wolf-Watz.

Read about the NMR platform at Umeå University

Read the article in Journal of Biological Chemistry