“Green light in the tunnel”: Opinion of the Swedish Board of Agriculture – a CRISPR-Cas9-mutant but not a GMO

NEWS The Swedish Board of Agriculture has, after questions from researchers in Umeå and Uppsala, confirmed the interpretation that some plants in which the genome has been edited using the CRISPR-Cas9 technology do not fall under the European GMO definition. This is important for the wide use of such plants to contribute to solving some of the escalating challenges of mankind. 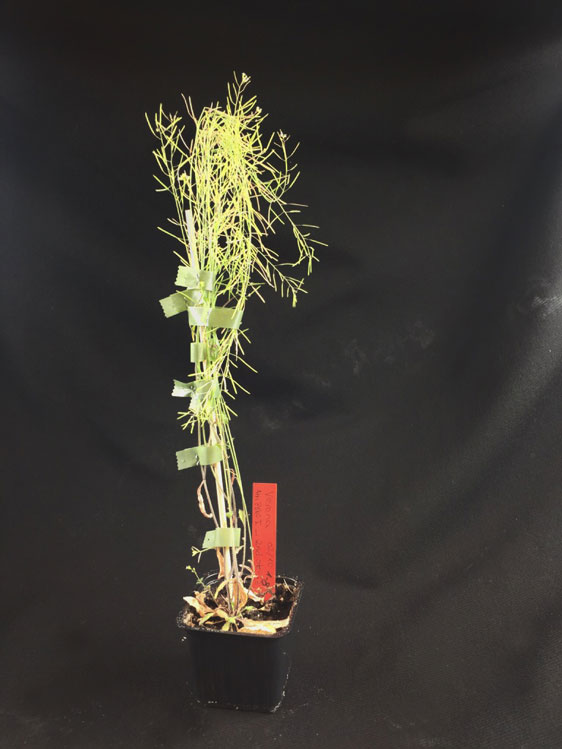 CRISPR-Cas9 is a technique, invented in collaboration with researchers at Umeå University, allowing scientists to make small edits in the genetic material of an organism, edits that can also occur naturally. Instead of hoping that such edits occur by natural recombination, they can now be deliberately introduced in a targeted and precise manner. CRISPR-Cas9 can thus be used in many ways in plant science and breeding.

Plants that fall within the scope of EU GMO legislation are subject to a very strict regulatory regime (in reality making it impossible to grow them in the field in most EU countries). Plants that fall outside the scope can be grown without restriction. Since “inside or outside of the GMO definition” will decide whether or not plant scientists will be able to use the technique for practical applications, plant scientists and breeders have been waiting for the authorities’ decision concerning CRISPR-Cas9.

Outside the EU, countries such as Argentina have announced that similarly edited plants fall outside their GMO legislation, but no decision has been taken yet inside the EU. A complicating factor is that the technique can be used in several different ways with the consequence that some of the resulting plants may fall outside while others may fall inside the GMO legislation. Now, for the first time, concrete examples have been evaluated by a competent authority, and the Swedish Board of Agriculture announced today their opinion that some Arabidopsis plants that have been modified using CRISPR-Cas9 fall within the scope of the legislation while others do not.

“The decision by the Swedish Board of Agriculture is the only logical one,” says Stefan Jansson, professor at Umeå Plant Science Centre and Umeå University.

He and his colleagues have used several techniques, including CRISPR-Cas9, to produce plants (“mutants”) lacking a particular protein, PsbS, which is a so-called safety valve in photosynthesis. Science treats them as equivalents, nevertheless some of them clearly fall within the scope of the GMO legislation while other fall outside, illustrating the problem with the current GMO definition.

“What we now have done pinpoints the problem; using CRISPR-Cas9 we can create a plant that in ALL aspects is identical to one that is not considered to be a GMO. Common sense and scientific logic says that it is impossible to have two identical plants where growth of one is, in reality, forbidden while the other can be grown with no restrictions; how would a court be able to decide if the cultivation was a crime or not? But regulatory logic is not necessarily the same as scientific logic, and it is therefore important that the Swedish Board of Agriculture has interpreted the definition in this way,” continues Stefan Jansson.

The particular case only affects our basic research on the mechanisms of photosynthetic light harvesting, but this interpretation opens up the possibility that this technique can be used to address some of the biggest challenges for mankind, expressed in the sustainable development goals recently suggested by the United Nations.

Jens Sundström, associate professor and lecturer at the Linnean Centre for Plant Biology in Uppsala works with a gene, AI20, assumed to be important for stamen development and therefore pollen production.

“We hope that this clear and logical interpretation will also be applied to other similar cases. The EU commission announced some time ago that it would present its interpretation of the legislation, but has not yet been able to come to an agreement. All ‘GMO issues’ divide the EU and this has led to paralysis for more than a decade. We think that the opinion by the Swedish Board of Agriculture will get a lot of international attention,” says Jens Sundström.