NEWS It is time to apply for this years IceLab Camp. It is a four-day communication and creativity camp for young scientists, where they get a chance to practice their creative skills. 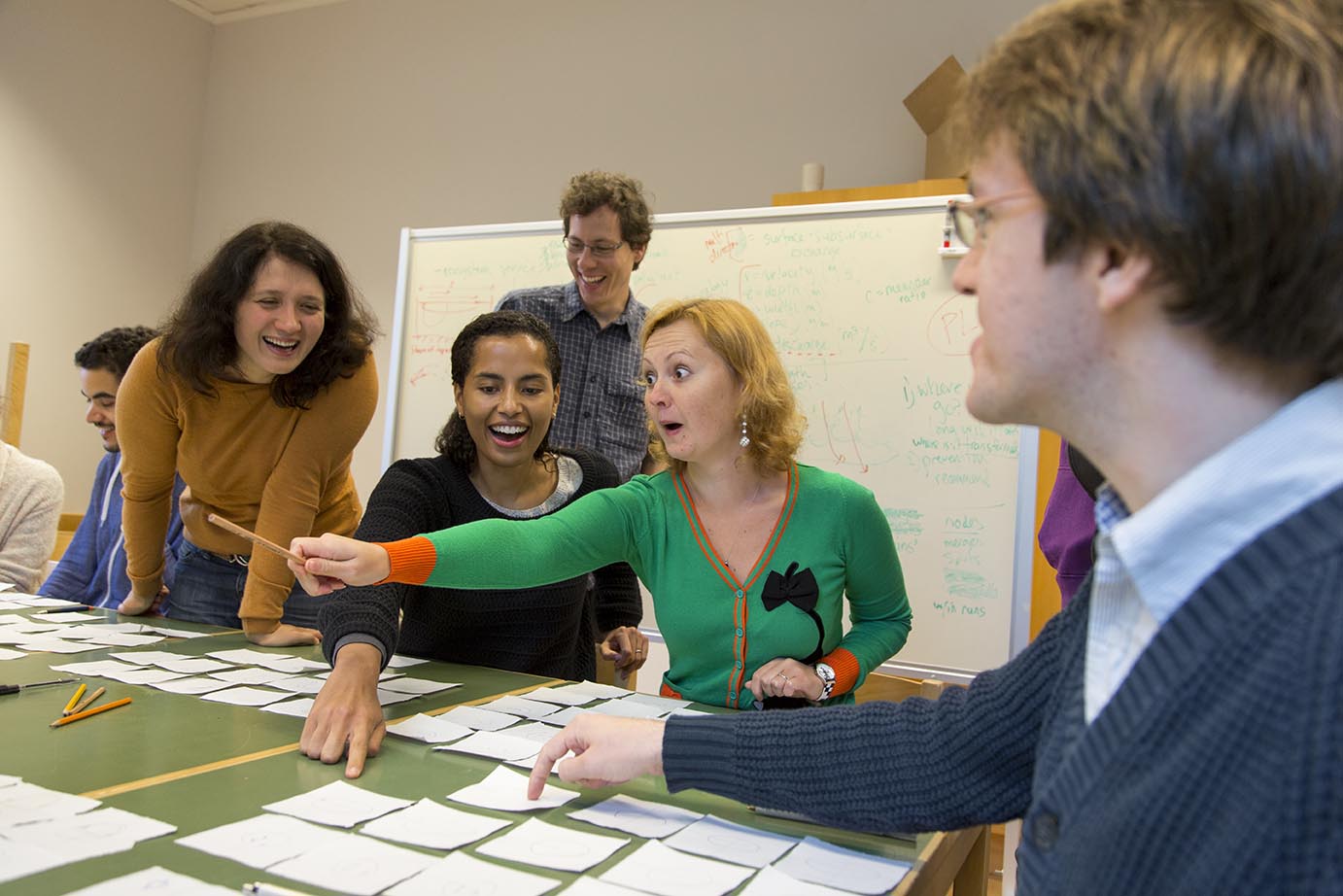 ”The camp is based on the idea that young researchers during their undergraduate training have practiced answering questions, but they must also learn how to ask good questions to become skilled researchers” says project leader Martin Rosvall, physicist and researcher at IceLab, Umeå University..

This fall IceLab Camp is organized for the sixth time.

"We have learned that participants become both excited and find it very rewarding, but we are obviously trying to improve things every year," says Martin Rosvall.

Martin Rosvall organizes the camp each year because as a graduate student he was invited to a similar camp in France, experienced a real eye-opener, and decided to organize a camp when he had the opportunity. Thanks to Marianne Sommarin, vice president for research and KBC's graduate school, it became possible five years ago.

During the camp participants practice their creative skills through various exercises and games, and they end the week by writing and presenting short research proposals in interdisciplinary teams.

"The camp is aimed for graduate students, but also postdocs and nearly finished master's students with research interests are welcome to apply to IceLab Camp. Applicants from all disciplines in the natural sciences are welcome and we try to maximize the diversity," says Martin Rosvall.

Up to 20 participants can be admitted to IceLab Camp. About two-thirds of the participants are usually from Umeå University and the rest from other Swedish and foreign universities. This year IceLab Camp takes place September 12 to 15, at Granö Beckasin by the Ume river about an hour from Umeå. IceLab covers accommodation, meals, and domestic travel costs. The course gives 2 ECTS.

RegistrationThe deadline for applications is 30 August.

Researchers in IceLab make models and simulations to understand questions that ecologists, biologists, psychologists, and sociologists typically work with in isolation in their own disciplines.

Facts about IceLab Camp:
IceLab Camp is a four-day long communication and creativity camp for master students, PhDs, and postdocs with an interest in conducting interdisciplinary science. Researchers from IceLab lead the camp with support from IceLab and KBC Kemiskt Biologiskt Centrum, Umeå University. Participants come from all over the world.