Invasive waterflea can change ecosystems in the Bothnian Bay

NEWS The highly bioinvasive water flea, Cercopagis pengoi, has spread from the Caspian Sea to greater parts of the Baltic Sea. In the Bothnian Bay, it seems to meet a barrier in the area between the Bothnian Sea and the Bothnian Bay. Climate change can lead to the barrier of northward spreading is torn down, with huge consequences to the Bothnian Bay ecosystem and fishery. This according to a study within the research programme EcoChange at Umeå University. 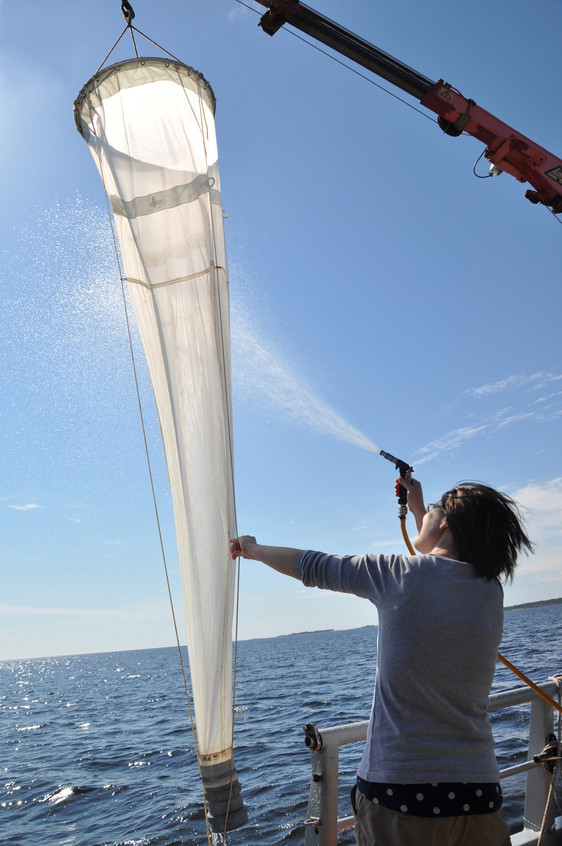 The highly bio invasive water flea, Cercopagis pengoi, has spread through ballast waters from the Caspian Sea to, for instance, the Baltic Sea. It is a generalist predator capable of capturing both small and large prey. It can disturb or alter native ecosystems that it colonises, and may also interfere with fisheries by clogging nets and fishing gear. At present, it has spread to greater parts of the Baltic Sea, but in the Bothnian Bay, only a few single samples have been found.

Cercopagis pengoi is known to compete for prey with other zooplankton-eating organisms, at the same time as they are eaten themselves. Field studies in the current research programme EcoChange for instance show that sticklebacks caught in the Bothnian Sea had eaten these water fleas.

The water flea seems to have come to stay in the Bothnian Sea, while physical and biological factors represent a barrier for its expansion into the Bothnian Bay. However, increased temperature and altered ecosystems due to future climate changes might liberate Cercopagis pengoi from the barrier. The problems present further south, with natural species being driven out and fishing nets clogging up, can become reality also in the Bothnian Bay. EcoChange researchers are continuing their studies to analyse explanations to the present barrier, and predict the effects of climate change when it comes to the spread of foreign species in the Baltic Sea.

Read the publication in full