NEWS The Atlantic, an American literary and cultural commentary magazine founded in 1857, has published an article written by Finn Arne Jørgensen, researcher at Umeå Studies in Science, Technology and Environment, an interdisciplinary and interdepartmental research group at the Faculty of Arts. 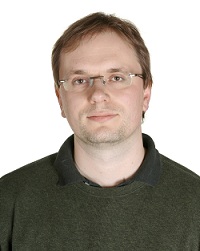 The article titled "What It Means That Urban Hipsters Like Staring at Pictures of Cabins" is connected with Finn Arne Jørgensen's research study of the technological and environmental history of the Norwegian leisure cabin (hytte), a building of considerable significance in Norwegian nature and culture. This project traces the growth of the leisure cabin from the late 1800s until the present, where one out of every five residential buildings in Norway is a leisure home. The project pays close attention to the cabin-driven extension of technological networks, ideals, and cultural expectations from urban to nature areas, and how certain forms of cabin living have become culturally synonymous with authentic living in touch with history, despite being a historically new phenomenon.

The idea is that the project will result in a richly illustrated book that addresses a wide audience. So far, the cabin project has also received a great deal of attention in Norway, where Finn Arne Jørgensen has appeared in several television and radio programs, newspapers and magazines.

Finn Arne Jørgensen's esssay titled "Simple Comforts: Technology, Convenience and Simplicity in Norwegian Leisure Cabins, 1950-1980", was awarded the 2009 Society for the History of Technology's Samuel Eleazar and Rose Tartakow Levinson Prize for best single-authored unpublished essay in the history of technology that explicitly examines, in some detail, a technology or technological device or process within the framework of social or intellectual history.

Read the article in The Atlantic
Finn Arne Jørgensen's website in English
Umeå Studies in Science, Technology and Environment

Finn Arne's research and teaching is at the intersection of history of technology and environment. His research interests include topics such as technology in nature; the infrastructure of wilderness; the connection between place and knowledge making; design and consumption; and waste and recycling, predominantly in the 19th and 20th centuries, in Scandinavia and the US. His most recent book is Making A Green Machine: The Infrastructure of Beverage Container Recycling (Rutgers University Press, 2011).