New discovery about how flowering time of plants can be controlled

NEWS Researchers at Umeå Plant Science Center in Sweden discovered, in collaboration with the Syngenta company, a previously unknown gene in sugar beets that blocks flowering. 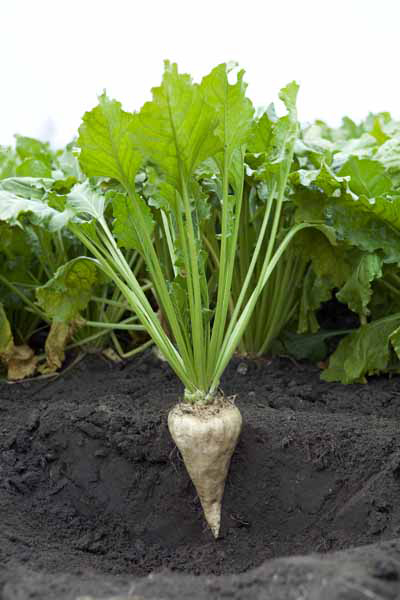 Only with the cold of winter is the gene shut off, allowing the sugar beet to blossom in its second year. The discovery of this new gene function makes it possible to control when sugar beets bloom.

The new findings were recently published in the prestigious journal Science.

Scientists at Umeå Plant Science Center and the international company Syngenta, in a joint study of genetic regulation in the sugar beet, have discovered an entirely new principle for how flowering can be controlled.

The study, which was co-directed by Professorn Ove Nilsson, of the Swedish University of Agricultural Sciences (SLU), and Syngenta scientist Dr. Thomas Kraft, showed that there is a gene in the sugar beet that was previously unknown.

“When we studied a gene in the sugar beet that usually stimulates blooming in other plants, we made a very surprising discovery: in the sugar beet evolution has developed a ‘sister gene’ that has taken on the exact opposite function, namely, to inhibit blossoming. For biennial sugar beets this means that they can’t flower in their first year. Once the plants have been exposed to the cold of winter at the end of the first year, the ‘gene blockade is lifted,’ and the sugar beets can bloom in their second year of life,” says Ove Nilsson about the function of the newly discovered flowering gene.

The researchers speculate that the development of the inhibiting sister gene was an important factor in enabling biennial sugar beets to evolve from an annual to a biennial plant. Furthermore, plant researchers in Umeå and Landskrona have shown that it is possible to manipulate the “flowering gene” in such a way as to leave the gene constantly “turned on,” that is, to block blooming, and thereby prevent it from being turned off after winter.

“In that way it’s possible to fully control the flowering time of the sugar beet. This enables us to develop a so-called ‘winter beet,’ that is, a sugar beet that can be planted in the autumn and then will continue to grow throughout the following growth season without blossoming,” says Thomas Kraft at Syngenta Seeds.

“A winter beet has be a high priority for sugar beet growers, since it is estimated to be able to increase the yield by about 25 percent and at the same time allow a more extended harvesting period. Traditional breeding has failed to produce such a plant. Syngenta Seeds is now going to move on to more in-depth tests of this potential new winter beet.”

The research work in this project has been primarily conducted by an industrial doctoral candidate, Pierre Pin, with funding from the Swedish Research Council and Syngenta Seeds AB.