NEWS An international photosynthesis research team including Umeå Chemist Casper de Lichtenberg has tracked the molecular and electronic movements in photosystem II as it prepares to produce oxygen. The results are published in the prestigious scientific journal PNAS. 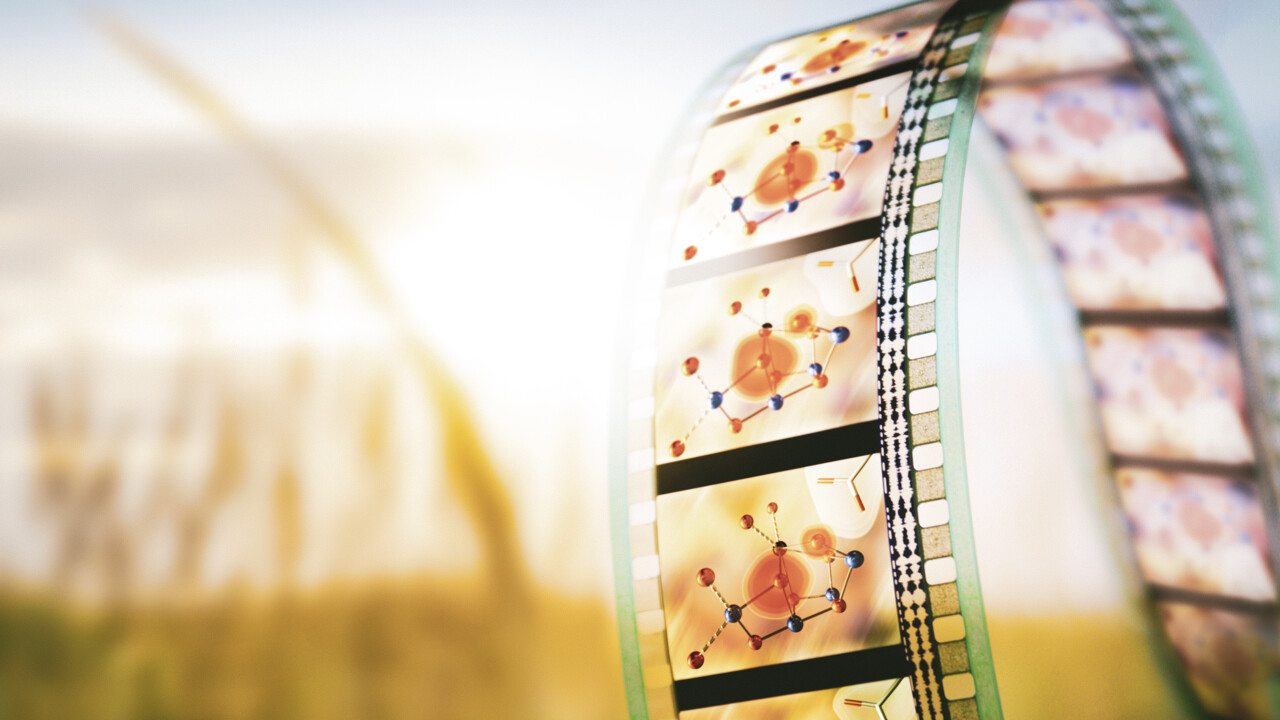 Scientists are taking steps towards capturing a molecular movie of how oxygen-oxygen bond formation occurs in nature.

Photosystem II is a protein complex that in plants, algae and cyanobacteria catalyzes the first step in photosynthesis: light-driven water splitting. In subsequent steps, the organisms use the electrons and protons produced in this process to build high-energy molecules that are essential for their growth. As a side-product, water splitting produces the oxygen we breathe. Detailed knowledge of how this mechanism works is also highly important for the development of solar-powered solutions for sustainable fuel production.

Water splitting in photosystem II occurs at a metal center known as the oxygen-evolving complex. This complex progresses through four stable oxidation states known as the S0, S1, S2 and S3 states. Each transition is driven by light, which pulls an electron out of the oxygen-evolving complex. Eventually, in the S3-state, the energy is high enough that the next flash of light will cause the oxygen atoms from two water molecules to combine and produce molecular oxygen.

“If we think of the system as a mousetrap, the S3-state, which is that last stable intermediate before oxygen release, represents the loaded state, where the trap is ready to snap shut when a mouse enters. In the case of photosystem II, we are waiting for a photon to take out an electron so the oxygen-oxygen bond can be formed. Our paper describes the transition from the S2 to the S3-state, i.e. we see how the mousetrap is set up,” says Casper de Lichtenberg, PhD student at Umeå University and guest doctoral student at Uppsala University.

The international research team have used a combination of X-ray diffraction and X-ray emission spectroscopy to take snapshots and visualize the structural and electronic changes that occur at the catalytic center while the mousetrap is loaded.

“With these experiments, we are taking the science from a static image towards a dynamic series of movements, somewhat like a molecular movie. Here we see how the system reacts only 50 µs after the photon has been absorbed in the S2-state and follow the transition all the way to the S3-state at critical time-points,” says Johannes Messinger, professor at Uppsala University and guest professor at Umeå university.

Through this series of snap-shots, one can see how a water molecule is incorporated as a bridge between a calcium ion and a manganese ion in the oxygen-evolving complex.  It is possible that this water participates in the subsequent oxygen-oxygen bond formation.

“In our experiments, we were able to reveal concerted movements of the waters in only one of these prospective channels, suggesting that this provides the main water entry path,” says Johannes Messinger,.

The next step in the research is to map out the S3 to S0 transition with enough detail that the researchers can see how molecular oxygen is formed from two water molecules.

“Ideally, we would eventually have enough data to screen a movie of the entire reaction cycle, where important events can be seen as photons are absorbed and eventually as oxygen is released. Such detailed information would teach us much about this life-sustaining process, and hopefully could serve as a blueprint on how to build efficient water splitting catalysts from earth-abundant elements in the future,” says Johannes Messinger.

The research collaboration includes researchers from the Humboldt University of Berlin and the University of Heidelberg in Germany; the Lawrence Berkeley National Laboratory and SLAC National Accelerator Laboratory, the University of California, Berkeley and San Francisco in the USA; the Diamond Light Source and the Rutherford Appleton Laboratory in the UK; and the Japan Synchrotron Radiation Research Institute and RIKEN SPring-8 Center in Japan.

M. Ibrahim et al.: Untangling the Sequence of Events During the S2 → S3 Transition in Photosystem II and Implications for the Water Oxidation Mechanism. Proceedings of the National Academy of Sciences, May 2020. doi: 10.1073/pnas.2000529117