NEWS To withstand external mechanical stress and handle trafficking of various substances, a cell needs to adjust its surrounding membrane. This is done through small indentations on the cell surface called caveolae. In order to stabilize its membrane, cells use the protein EHD2, which can be turned on and off to alternate between an inactive closed form and an active open form. The discovery, made by Umeå University researchers and colleagues, was recently published in the journal PNAS. 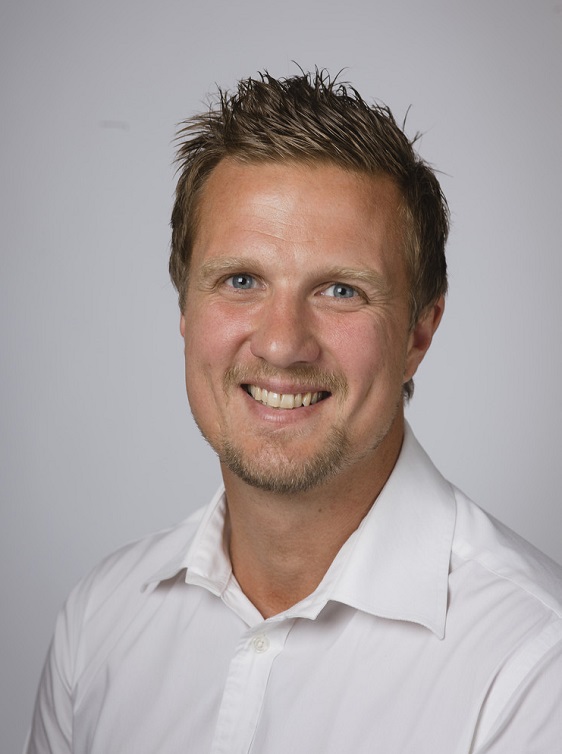 Caveolae play a key role when cells adjust to their surrounding environment. An absence of these small indentations is associated with severe diseases where muscles and fat cells disintegrate or where cells of the blood vessels are malfunctioning. In a collaboration involving a broad spectrum of biophysical, biochemical and cell biological analysis, researchers have identified the mechanical cycle of the protein EHD2 and how it regulates the dynamics of caveolae on the cell membrane.

”The fact that the EHD2 protein helps the cells to adjust to their environment could be critically important for how caveolae affect the ability of muscle cells to repair or the absorption and storing abilities of fat cells,” says Richard Lundmark, who is researcher at the Department of Integrative Medical Biology at Umeå University and corresponding author of the article.

The discovery was made by the research group of Richard Lundmark at the Department of Integrative Medical Biology and the Laboratory of Molecular Infection Medicine Sweden (MIMS), along with colleagues at Gothenburg University in Sweden and Albert-Ludwigs-Universität Freiburg and Martin-Luther-Universität Halle-Wittenberg in Germany.

The researchers demonstrate how the molecule ATP serves as a fuel allowing EHD2 to bind to the cell membrane and assume an open state where parts of the protein are inserted into the cell membrane. This position allows for the formation of so-called oligomers from the protein, which stabilizes the membrane in a fixed state. When the ATP-molecules have been spent, the protein is released from the membrane and assumes an inactive and closed state. The EHD2 protein’s internal domains keeps it in this inhibited form when it is not in contact with a cell membrane.

”This research shows how the mechanical cycle of EHD2 that we describe plays a key role for the caveolae’s ability to stabilize cell membranes,” says Richard Lundmark.

In the article, the researchers also describe how they used a new method based on the absorption and reflection of infrared light. Together with advanced analytics, this new method can be used to study structures of the membrane-bound states of proteins, which is difficult to achieve using other techniques. Using this method, the researchers were able to show the drastic conformational change in EHD2 when it binds to a membrane.

A similar protein, EHD4, can also adopt an open conformation state, suggesting that the proposed mechanistic cycle could be prototypical for proteins involved in the shaping of cell membranes. This discovery, described in a related article published in the same issue of PNAS, was made by Richard Lundmark’s group along with researchers at Max-Delbrück-Centrum for Molecular Medicine, Rani Channamma University and University of Southern California.

Link to the article in PNAS