NEWS Traditional toxicological investigations performed on animals (in vivo) are expensive, time-consuming and may cause animal suffering. But research from Umeå University demonstrates that a neuronal cell model, derived from mouse, can be used to evaluate the neurotoxic effect of chemicals. The alternative toxicity risk assessment could reduce reliance on animal testing while also enable quick large scale toxicity evaluations. 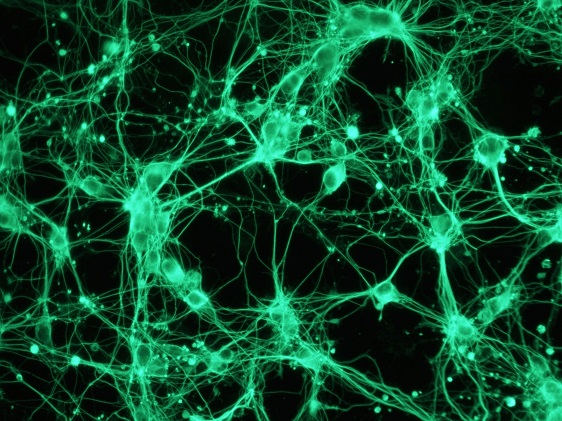 “Simple and robust cellular models are important because they allow us to screen a large number of chemicals including environmental pollutants, cosmetics, food preservatives and drugs for potential toxicity. Moreover, they allow us to investigate mechanisms of toxicity on the cellular level,” says Dina Popova, doctoral student at the Department of Pharmacology and Clinical Neuroscience at Umeå University and author of the doctoral thesis.

The overall aim of Dina Popova’s research has been to evaluate the usefulness of neuronally differentiated mouse embryonal carcinoma P19 cells (P19 neurons) as a model for toxicity testing. P19 cells are a generally available tumour cell line which can be easily cultured in vitro. What makes the cells interesting is their ability to differentiate into different cell types depending on the treatment. Dina Popova differentiated P19 cells into neurons with a number of characteristics that are typical of mammalian brain cells.

Using these differentiated cells, Dina Popova found that P19 neurons can detect toxicity of known neurotoxic compounds including the environmental toxicant methylmercury, the marine biotoxin okadaic acid and acrylamide, which is a chemical used in different industries. The model can also be used to test the toxicity of recreational drugs such as methylenedioxymethamphetamine (known as MDMA or ecstasy) and a group of piperazine derivatives.

When compared to the other two cellular models often used for neurotoxicity studies, the P19 neurons were usually more sensitive to the toxic effects of the compounds tested. In addition, the P19 neurons could be used to identify mechanisms of toxicity.

Dina Popova has also developed a simple method to measure neurite outgrowth in P19 neurons. Neurite outgrowth, i.e. projections from the cell bodies, is an important parameter in neurotoxicity assessment of chemicals since disruptions in neurite network might lead to cognitive abnormalities.

Dina Popova comes from Blagoveshchensk, Amur Oblast, Russia. She moved to Sweden when she was 17 years old. She holds a Master’s Degree in Biotechnology from Umeå University.

Link to the doctoral thesis

About the dissertation defense: