NEWS The Faculty of Science and Technology's collaboration award 2020 is awarded to Anna Linusson Jonsson, professor of pharmaceutical chemistry at the Department of Chemistry. The motivation specifically mentions her significant collaborative efforts as the director of the Industrial Doctoral School for Research and Innovation and her commitment to convey the message in schools that chemistry is an exciting and interesting subject. The prize amount is SEK 30,000. 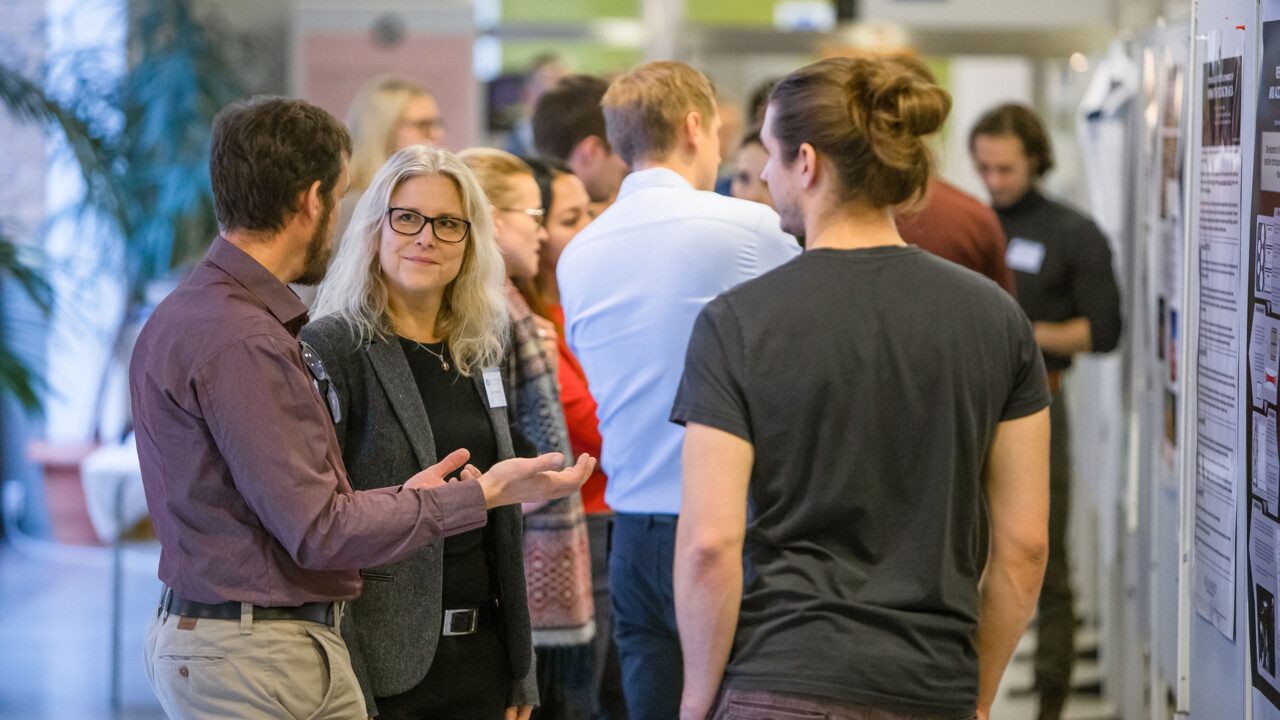 Anna Linusson, mingling during a workshop with the Industrial Doctoral School.

“It was really a surprise and it feels great! I am extremely proud to receive a prize for collaboration. Chemistry and research are among the most fun things I know and think it is important that others outside the university also get the opportunity to become interested and be part of what we do” says Anna Linusson Jonsson, professor at the Department of Chemistry at Umeå University.

As director of the Industrial Doctoral School for Research and Innovation at Umeå University between 2014 and 2019, Anna Linusson Jonsson has made significant efforts in terms of collaboration between not only the faculty's activities but research from different parts of the university and the surrounding community. In her work with the Industrial Doctoral School, she has established a long-term and fruitful collaboration with great commitment and competence by linking doctoral students in many different subject areas to different companies.

In addition, Anna Linusson Jonsson has collaborated in her own subject area, drug chemistry, through Forskning à la carte where she gives lectures at schools on, among other things, chemistry linked to malaria and dengue fever, she has lectured at the University's Science Luncheons, held a much appreciated lecture for high school students at Berzelius 2016 and acted as supervisor for students who completed upper secondary school projects. By meeting both school students and the general public, Anna Linusson Jonsson has shown with her commitment that chemistry is an exciting and interesting subject.

“We as researchers at universities have an important role to play when it comes to spreading knowledge in society and engaging with school students and the general public. It feels especially important in these times when science is sometimes (incorrectly) considered difficult and complicated, and when factual resistance and the influence of so-called alternative facts seem to grow in society. In addition, it is very stimulating as a researcher, it is often good and interesting questions that get one to think further” says Anna Linusson Jonsson.

Anna Linusson Jonsson's research focuses on developing new bioactive molecules to protect against mosquito-borne diseases such as malaria and dengue fever. In this research project, Anna Linusson and her colleagues have come as far as having developed molecules that are to be protected by patents and where processes have been started to create the conditions for taking the next step towards a finished product which can be mosquito nets, blankets or clothes that are impregnated with bioactive molecules. This is done in collaboration with Umeå Biotech Incubator. Another collaboration project is in collaboration with FOI, where the goal is to develop new knowledge and contribute to the development of new medical antidotes against nerve gas poisoning.

A more basic research-oriented project, funded by the Knut and Alice Wallenberg Foundation, aims to develop chemical tools that can determine the function of the enzyme metacaspase. Metacaspases are found in all forms of life except animals and are believed to be a precursor to the enzyme group caspases that is so important to us. Here, too, there is a link to pharmaceutical chemistry as metacaspases are found in unicellular protozoans which, for example, cause sleep sickness.

Biography
Anna Linusson Jonsson was born in 1970 in Värnamo, Småland. She studied biology at the University of Gothenburg, did her PhD in chemistry at Umeå University and then worked at Astra Zeneca R&D, Mölndal, before returning to Umeå University where she 2004 was employed as a research assistant. Since 2013, she is a professor of pharmaceutical chemistry. During the years 2014-19 she was the director of the Industrial Doctoral School for Research and Innovation at Umeå University. As of January 1, 2020, Anna Linusson Jonsson is deputy head of the Department of Chemistry. She has been active in several positions of trust within the Swedish Research Council, where she has chaired, among other things, the Swedish Research Council's preparatory group for project grants in organic and inorganic chemistry. She has also been a member of the board of the Swedish Chemical Society and the Pharmacy Society. 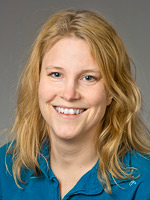