The gene that helps plant cells finding the right direction

NEWS Plant physiologist Stefano Pietra shows in his thesis that the SABRE gene is necessary for plants to coordinate the polarity of their cells. The gene “tells” all cells in a certain region what is up and what is down and how they should modify their form accordingly. Stefano Pietra defends his results on Friday May 9 at Umeå University. 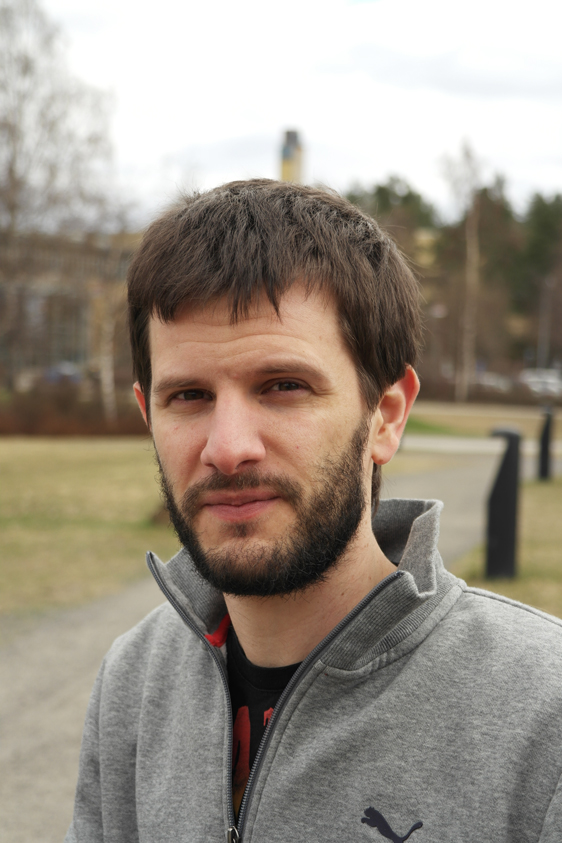 “How cells within a large area all get the information to orient in a similar way is still not entirely clear, but my research identifies a new player that is involved in this process, the SABRE gene”, says Stefano Pietra.

He has analysed the position of small hairs on root cells of the model plant Arabidopsis thaliana, a small weed. These hairs grow with a specific orientation – similar to those on the skin of animals and men that all point in the same direction. Hair orientation is very easy to observe, and the analysis gives insight on the mechanisms coordinating cell polarity in other parts of the organism.

In addition to coordinating the polarity of cells, Stefano Pietra also shows that SABRE makes sure that cells divide neatly and form long straight files that align to the direction of root growth. If the SABRE gene is not functional, cell divisions are not perpendicular to the root growth direction, cell files are not straight, and the overall root morphology is affected.

Another role of SABRE is to stabilize patterning of the root surface, which is the coordinated decision of all cells in a file to either grow a hair or not. This selection is driven by the mechanisms that control how initially identical cells differentiate and acquire specific shapes and functions, an essential process in all multicellular organisms.

The exact way in which SABRE performs its functions is still unclear, but Stefano Pietra has discovered that the gene has an effect on the organization of the plant cytoskeleton, a scaffolding of small and very dynamic filaments and tubules that controls many cellular processes including shape acquisition and growth. Organization of the cytoskeleton could therefore be important in plants for coordinating the polarity of cells and the specification of their fate.

Not only plants, but also animals and humans need mechanisms to orient their cells and to tell them in which direction they should grow; when these mechanisms do not work the organisms have serious problems to develop and often die prematurely.

Genes similar to SABRE are present in many species, including men, but their function is still unknown.

“Having found one function of SABRE in plants, my research could help studying similar genes in other species. My study also opens the way for future studies on the role of the cytoskeleton and the exact relationship between SABRE and the cytoskeleton”.

Stefano Pietra comes from Milan in Italy. He graduated in Agricultural and Plant Biotechnology at the Università degli Studi di Milano.

The thesis has been published digitally