NEWS Algae are responsible for a large part of the production of organic matter in the sea and their importance for the northern Baltic Sea has so far been underestimated, according to a study conducted by the research programme EcoChange at Umeå University. 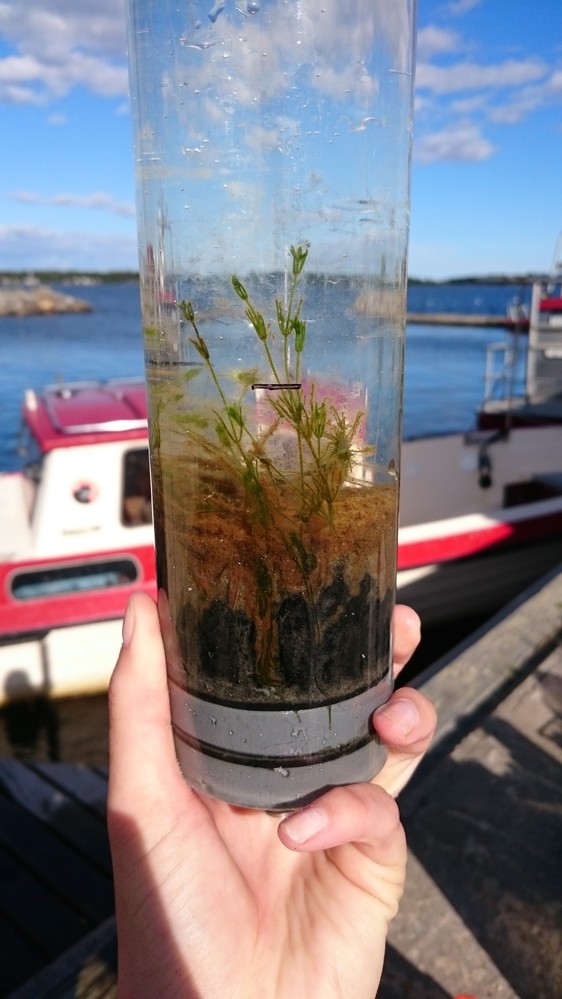 The base for all life on land and in waters are so-called primary production, i.e. when energy from sunlight and carbon dioxide are transformed into organic matter. In open sea, the phytoplankton have been considered to be the dominating actors, but in shallow coastal areas, the situation is more intricate. There, sunlight reaches all the way to the bottom, which enables a greater variation of primary producers such as macroalgae, aquatic plants and microalgae that grow on the sea bottom, so-called benthic organisms. A group of EcoChange researchers have studied the importance of benthic microalgae to the ecosystem and have found that they have a far greater role than previously assumed.

Many studies focus on phytoplankton in sea water and estimations on the overall primary production in various sea areas are often based on phytoplankton in particular. Other forms of primary producers, such as benthic microalgae, seaweed and aquatic plants on shallow bottoms, have more or less been overlooked in these estimations. To counter that, the EcoChange project has studied the extent of microalgae primary production, and new estimations have been made for the Bothnian Bay in the northern Baltic Sea. Researchers expected to find a large contribution from the benthic microalgae in this area. And they were not disappointed.

Base for higher trophic levels

Benthic microalgae grow on all sorts of materials; rocks, logs, sand, soft sediment, seaweed and aquatic plants. On soft sediments, they have access to nutrients stored in the sediments, and the productivity is for that reason often higher than on for instance rocks. Microalgae constitute an important food supply for benthic animals, and are hence an important part of the food chain.

“Previous studies have shown that benthic microalgae have a good ability to adapt to low light conditions, which means that they can grow deeper down than for instance sea phytoplankton,” says Jenny Ask, one of the researchers behind the study. “This ability seems to be more pronounced in cold, Nordic areas. We were able to show an extensive benthic primary production down to at least eight metres in the Bothnian Bay.

As much as 30 percent of the Bothnian Bay is so shallow that it provides suitable light conditions for benthic primary production. In fact, the total benthic primary production of the entire Bothnian Bay is about three times higher than suggested in earlier studies. The benthic share of the total primary production is also three times higher than previously estimated.  The difference in estimations can partly be explained by a lack of data, but also by an overestimation of the importance of phytoplankton and an underestimation of the contribution from benthic microalgae in earlier studies.

“Shallow, protected marine bay areas provide important habitats to many organisms. This is where aquatic plants and seaweed can grow without being swept away by waves, and access to nutrients are often good,” says Jenny Ask. “Many fish species use these environments as nursery areas for hatchling. The conducted study shows that shallow areas are also of great importance to the basic primary production. This further proves the importance of protecting this type of environment against human exploitation.
Read about the studyRead about the research programme EcoChange