NEWS Swedish and Chinese researchers show how a unique nano-alloy composed of palladium nano-islands embedded in tungsten nanoparticles creates a new type of catalysts for highly efficient oxygen reduction, the most important reaction in hydrogen fuel cells. Their results are published in the scientific journal Nature Communications. 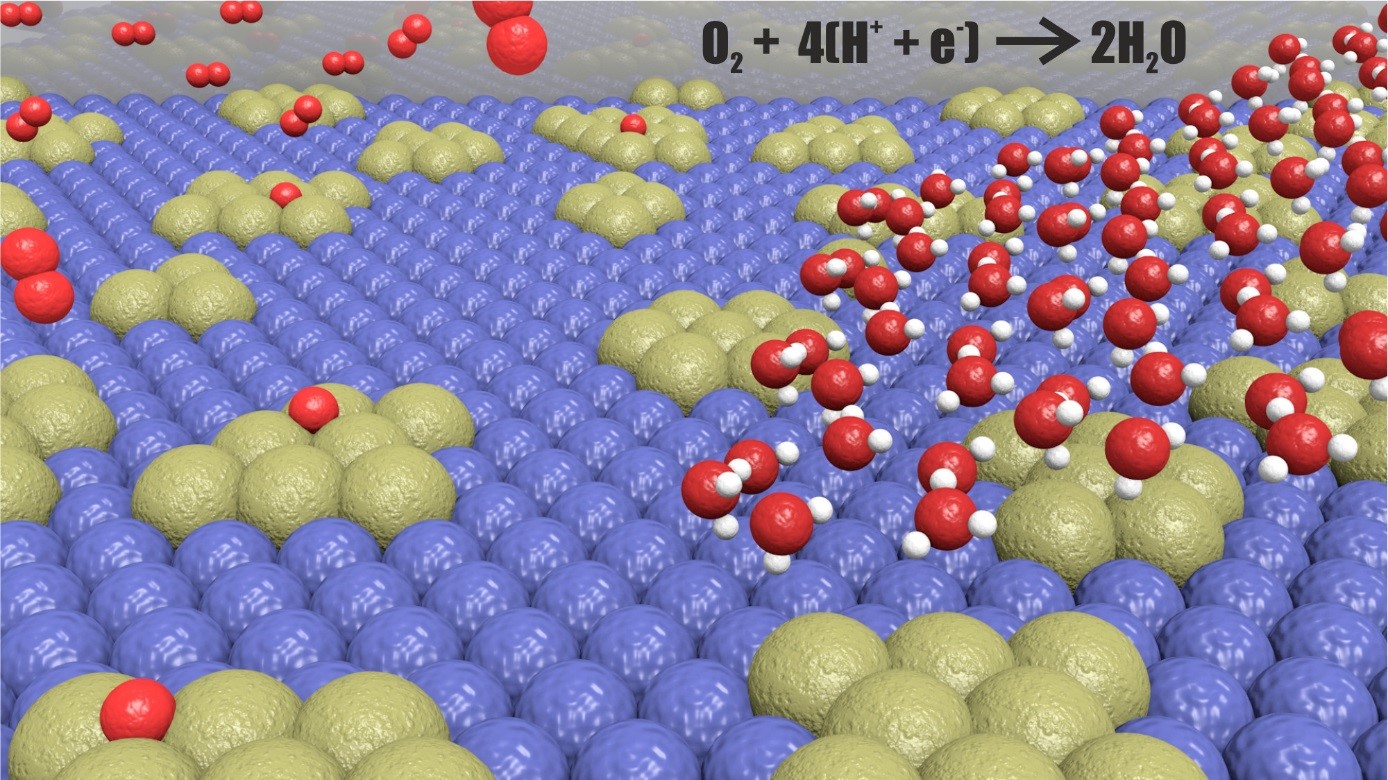 Caption: A schematic model of the unique morphology of the alloy. The Pd-islands (light-brown spheres) are embedded in an environment of tungsten (blue spheres). Oxygen are represented by red spheres, and hydrogen by white spheres.

Fuel cell systems represent a promising alternative for low carbon emission energy production. Traditional fuel cells are however limited by the need of efficient catalysts to drive the chemical reactions involved in the fuel cell. Historically, platinum and its alloys have frequently been used as anodic and cathodic catalysts in fuel cells, but the high cost of platinum, due to its low abundance, motivates researchers to find efficient catalysts based on earth-abundant elements.

“In our study we report a unique novel alloy with a palladium (Pd) and tungsten (W) ratio of only one to eight, which still has similar efficiency as a pure platinum catalyst. Considering the cost, it would be 40 times lower”, says Thomas Wågberg, Senior lecturer at Department of Physics, Umeå University. 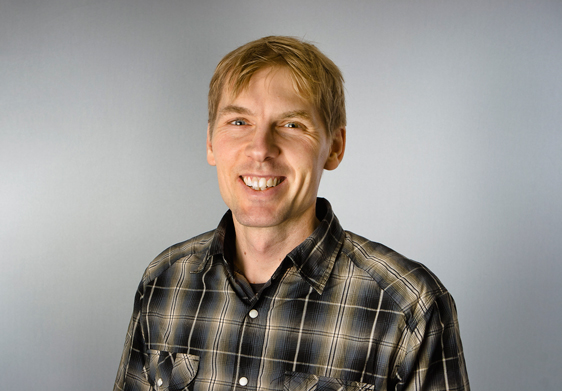 The explanation for the very high efficiency is the unique morphology of the alloy. It is neither a homogeneous alloy, nor a fully segregated two-phase system, but rather something in between.

By advanced experimental and theoretical investigations, the researchers show that the alloy is composed of metallic Pd-islands embedded in the Pd-W alloy. The size of the islands are about one nanometer in diameter and are composed of 10-20 atoms that are segregated to the surface. The unique environment around the Pd-islands give rise to special effects that all together turn the islands into highly efficient catalytic hot-spots for oxygen reduction.

To stabilize the nanoparticles in practical applications, they are anchored on ordered mesoporous carbon. The anchoring keep the nanoparticles stable over long time by hindering them from fusing together in the fuel cell tests.

“The unique formation of the material is based on a synthesis method, which can be performed in an ordinary kitchen micro-wave oven purchased at the local supermarket. If we were not using argon as protective inert gas, it would be fully possible to synthesize this advanced catalyst in my own kitchen! “, says Thomas Wågberg.

Wågberg and his fellow researchers have recently received funding from the Kempe Foundation to buy a more advanced micro-wave oven, and therefore they will be able to run more advanced experiments to fine tune some of the catalyst properties.

The study has been conducted within the artificial leaf project, which is funded by Knut and Alice Wallenberg foundation. Physicist, chemists, and plant science researchers at Umeå University work together in the search for clean and renewable energy sources.