NEWS After an outbreak of Ockelbo disease in northern Sweden in 2013, researchers at Umeå University were able to trace the virus to mosquitos in an area of Lövånger. In a new study, researchers have shown that mosquito larvae in the Västerbotten region also carry virus that can cause infectious disease. These include the Sindbis virus, which causes Ockelbo disease, which is associated with fever, rashes and prolonged joint pain. 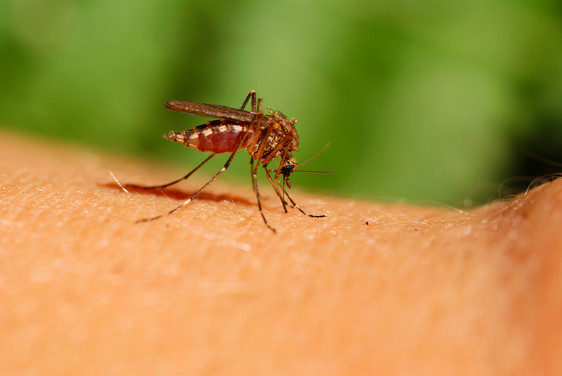 The new study, published in the journal Vector-Borne and Zoonotic Diseases, show that the Sindbis virus could be found in mosquito larvae in spring, the year after the 2013 outbreak. This means, the researchers conclude, that the virus can be transferred from the female mosquito to her eggs.

”The mosquitos are infected with the virus already at birth, which has not previously been shown,” says Magnus Evander, professor of virology and one of the researchers behind the study. “It was earlier believed that returning migratory birds brought the virus to the area or that it was carried by overwintering birds. Our findings show that virus can also circulate among mosquitos.”

The group of Umeå University researchers have shown earlier that Sindbis virus infections have increased sixfold in northern Sweden during the last 30 years. As many as 3 percent of the population have been infected at some point, leading researchers to believe that the Ockelbo disease is probably under-diagnosed.

”What’s more, Inkoo virus has also been traced to mosquitos and larvae in the area. Inkoo is a relatively unknown mosquito-borne virus which can cause fever and encephalitis. Unexpectedly, as many as 41 percent of the population in the Väster- and Norrbotten regions have been infected by this virus. However, most of the people who were infected likely never suspected it was a mosquito-borne virus infection since the symptoms most probably were mild,” says Magnus Evander.

The researcher group is leading MOBOZO, a project financed by the Swedish Research Council Formas, to map out mosquito types and mosquito-borne viruses throughout Sweden. Knowing which mosquito types currently exists is first required in order to then identify new invasive species that could be carrying new viral threats. The project is also studying if Swedish mosquito types are capable of transmitting viruses from other parts of the world.

“This research contributes to a better understanding of how mosquito-borne viruses survive in nature, which can result in improved preventive efforts in the future. The methods and techniques developed here in Umeå can be applied to track all mosquito-borne viruses, including viruses in other parts of the world,” says Magnus Evander.

The research conducted in the MOBOZO project will enable healthcare providers to better prepare for the emergence and potential spread of mosquito-borne diseases, and allow authorities to take necessary and adequate precautions.

Read the article in Vector-Borne and Zoonotic Diseases

The research group consists of: