You and I can help climate researchers in Abisko

NEWS A new citizen science project in Abisko aims to teach the public how we do climate change science while collecting valuable data. CIRC researcher Keith Larson will receive nearly SEK 500,000 for an outreach project centred on the establishment of a research trail. This Formas grant is the second of its kind for a communication project at Umeå University. 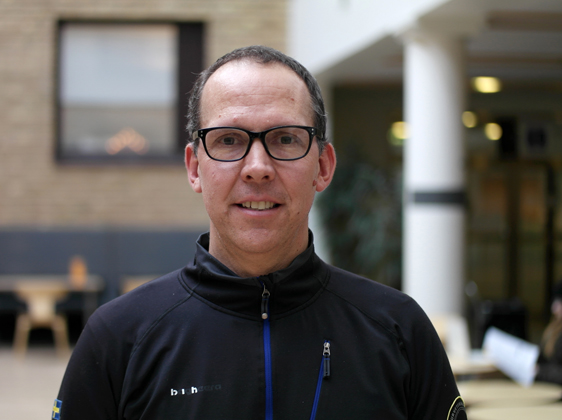 Keith Larson is a researcher and project manager at the Climate Impacts Research Centre, CIRC, in Abisko. Photo: Ingrid Söderbergh

One hundred years ago, Swedish botanist Thore C. E. Fries conducted a study of snowmelt dates and plant phenology in the relatively new Abisko National Park (established 1909). His study took place along a transect from the bottom to the summit of Mt. Nuolja. As he hiked up and down the mountain some 150 times during the three years of the study, he probably could not imagine how important his study would be a hundred years later.

Keith Larson, researcher and project coordinator at the Climate Impacts Research Centre, Department of Ecology and Environmental Sciences, recently received a grant from the Swedish Research Council, Formas, to set up a citizen science project related to his efforts to repeat Fries’ original study.

“The opportunity to replicate a study a hundred years later in a region with obvious signs of global warming is tremendously exciting. Abisko (and the Arctic in general) has seen almost a 1.5 °C increase in annual temperatures in the last century with most of the change taking place in the last 30 years compared to the global average increase of approximately 1 °C since 1880. Furthermore, temperature increases in Abisko have resulted in significant thawing of permafrost and treelines shifting up in elevation by as much as 30–40 metres,” says Keith Larson.

CIRC researchers, in collaboration with the Abisko Scientific Research Station, Swedish Phenology Network, and Naturum Abisko, will re-establish the transect in 2017 and replicate the study over the next three years. The study will be modernised with climate stations established at the summit and treeline to supplement the long-term climate data collected at the research station since 1913.

To increase the impact of the study, the Formas grant will allow the researchers to establish a citizen science programme where the public joins in the field data collecting on approximately 20 key plant species. They can also help by takinge photographs to document the phenology changes. Phenology is the study of periodic plant and animal life cycle events influenced by seasonal and inter-annual variations in climate, as well as habitat factors, such as elevation. This plant phenology study will follow plants from the moment the snow melts, through green-up, flowering and death in the autumn as winter sets in with cold temperatures.

Aided by a new smart phone app being developed by the Swedish Phenology Network, the public will be able to hike the transect and collect data. Along the way, they will be presented with the knowledge and tools to understand how we conduct our research and be able to compare the results immediately with the original study in 1917–1919.

“The trail (transect) will be opened around 21 June. It’s possible to walk only part of the trail or alternatively take the chairlift up and walk down.”

The Climate Impacts Research Centre (CIRC) conducts research, education, and outreach with focus on terrestrial and aquatic ecosystems in Arctic and alpine environments. The aim is to integrate new knowledge in ecology and biogeochemistry to get a better understanding of current conditions and making projections for the future. The operations are based in the Abisko Scientific Research Station, 200 km north of the Arctic Circle in Sweden (68.35° N, 18.82° E).