Nutrition is essential for growth and development throughout childhood, but deficiencies of macronutrients and micronutrients are still common in certain populations (e.g. socioeconomically disadvantaged) and risk groups (e.g. preterm or low birth weight infants). We have used iron as a model nutrient in order to identify the nutritional and metabolic pathways linking nutrition and brain development in infants.

The N4 Research Group has a focus on pediatric nutrition research and the research has had significant impact on clinical practice and child health in Sweden, Europe and the USA.

Iron is an essential nutrient which is required for oxygen transport and energy metabolism in many organs, not least the brain. However, iron is also a potent pro-oxidant which may increase the risk of infections and inflammatory disorders and affect the gut microbiome.

We have used iron as a model nutrient in order to identify the nutritional and metabolic pathways linking nutrition and brain development in infants.

In addition to studying the clinical effects of iron in intervention studies, we are also using our research lab to explore novel markers of iron metabolism in children, such as hepcidin and erythroferrone.

Breast milk is the optimal food for young infants and is associated to improved neurodevelopment and reduced risk of infections. Still, a small proportion of infants (about 10% in Sweden) are not able to breast-feed and infant formula has been developed to cover the nutritional needs for these infants. Breast milk contains a large number of bioactive components which are not present in infant formula.

An important aim for the N4 Research Group is to identify bioactive components that may be added to infant formula in order to achieve health outcomes similar to breast-fed infants. We have recently shown in the TUMME study that addition of milk fat globule membrane (MFGM) to infant formula improves cognitive development and reduces the risk of infections in infants. This is now further pursued in a follow-up study (TUMME UPP).

Cognitive problems (e.g. learning disorders, developmental delay) or behavioural disorders (including ADHD and autism spectrum disorders) affect approximately 20% of children. The pathogenesis of these disorders is not clear but it is of great public health interest to identify environmental or lifestyle factors that can reduce the risk of cognitive and behavioural disorders in children. Preventing nutritional deficiencies may be an important factor in this context. The brain is the fastest growing organ from the third trimester of pregnancy up to 3 years of life, when it has reached 85% of the adult size. Nutrition during the fetal period and the first two years of life (the first 1000 days) is critical for normal brain development during the very sensitive stages of neural proliferation, migration, myelination and synapse formation. Our research focus is to find associations between early nutritional and other environmental factors on brain growth and development during pregnancy/gestation and the first years of life, and to find effective interventions for preventing cognitive and behavioral problems in children.

The N4 Research Group has a large focus on pediatric nutrition research and the research has had significant impact on clinical practice and child health in Sweden, Europe and the USA.

About 10% of all newborns in Sweden are treated in a neonatal unit. Thanks to modern neonatal intensive care, many severe conditions in newborns can be successfully treated and Sweden has an infant mortality rate which is among the lowest in the world. Many infants treated in the neonatal intensive care unit (NICU) are at high risk of malnutrition – this includes preterm infants, infants undergoing surgery, infants with cardiac malformations or neuromuscular disorders.

We are focusing on research related to nutrition in preterm infants, aiming to find interventions to improve the long term health of this high-risk group of patients. Furthermore, we have developed an advanced software tool, Nutrium, which has been shown to improve nutrition and growth of preterms in the NICU.

For more information on the NorthPop study, please see https://www.umu.se/en/research/infrastructure/northpop/ 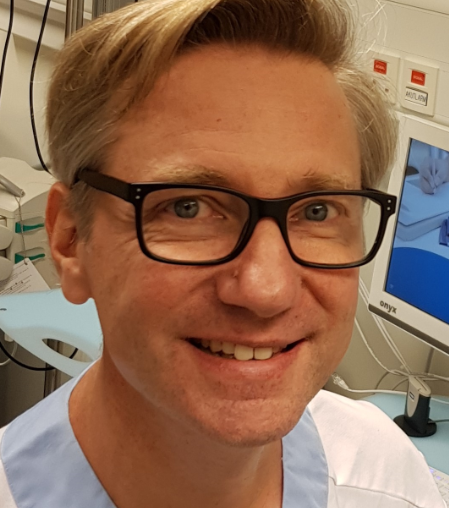