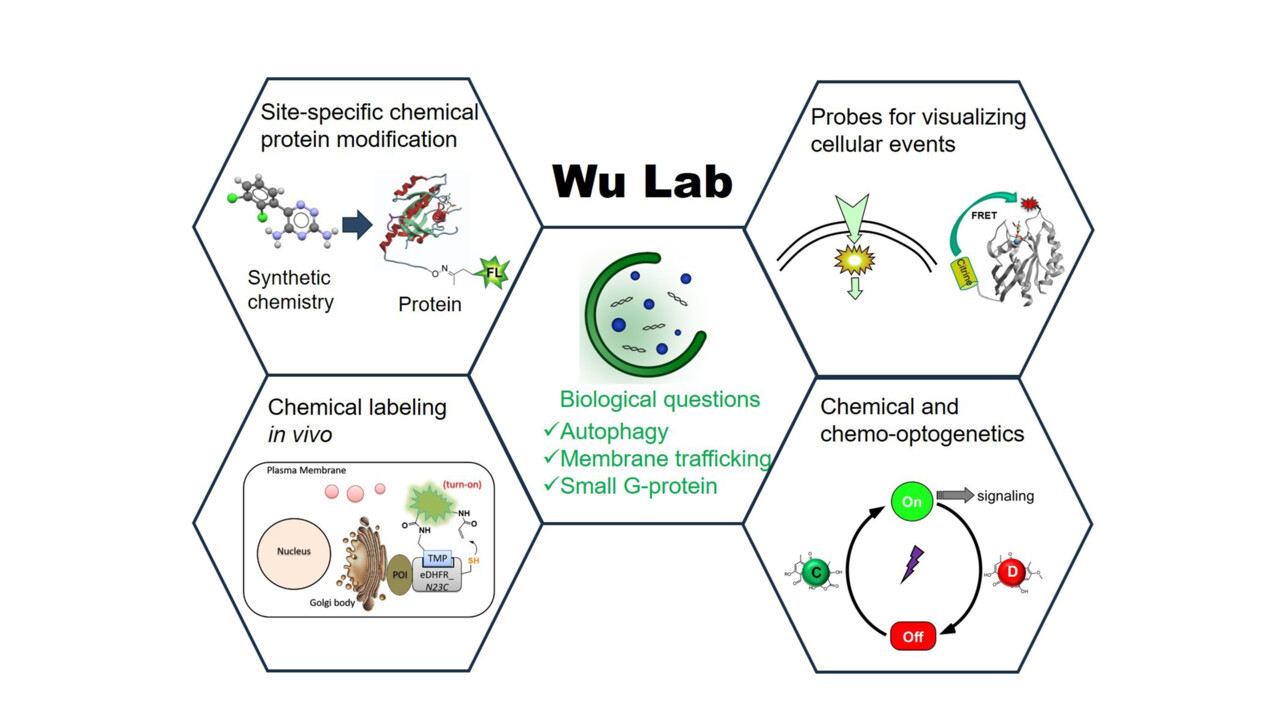 My lab is interested in understanding the molecular mechanism of autophagy and membrane trafficking regulated by small GTPases by developing novel chemical and chemo-optogenetic approaches.

The foundation of living systems isbased on chemical reactions. They are spatiotemporally regulated in response to extra- or intracellular stimuli. Of importance to understand the mechanism of life is the ability to visualize and to perturb these reactions. Chemical tools provide unique means to emulate or modulate biological systems to either investigate the underlying biology or create new function.

In my laboratory, we run both biology-driven and chemistry-driven projects. In the former, we have defined biological questions, which are not readily solved by traditional biological methods. We tackle these problems using novel chemical approaches in combination with biochemical and cell biological methods. In the later, we develop novel chemical tools that can be widely used to investigate biology. These approaches make it possible to reveal new mechanism of biology.

Autophagy is an evolutionarily conserved self-eating process in eukaryotes, mainly involved in elimination of organelles and aggregated proteins. Malfunction of autophagy has been associated with diverse human diseases, including cancer, neurodegeneration, cardiac hypertrophy, and pathogen infection. Formation of double-membrane autophagosome is the key process in autophagy. The regulatory pathways of autophagy and the formation of autophagosome remain the most important questions for understanding autophagy. 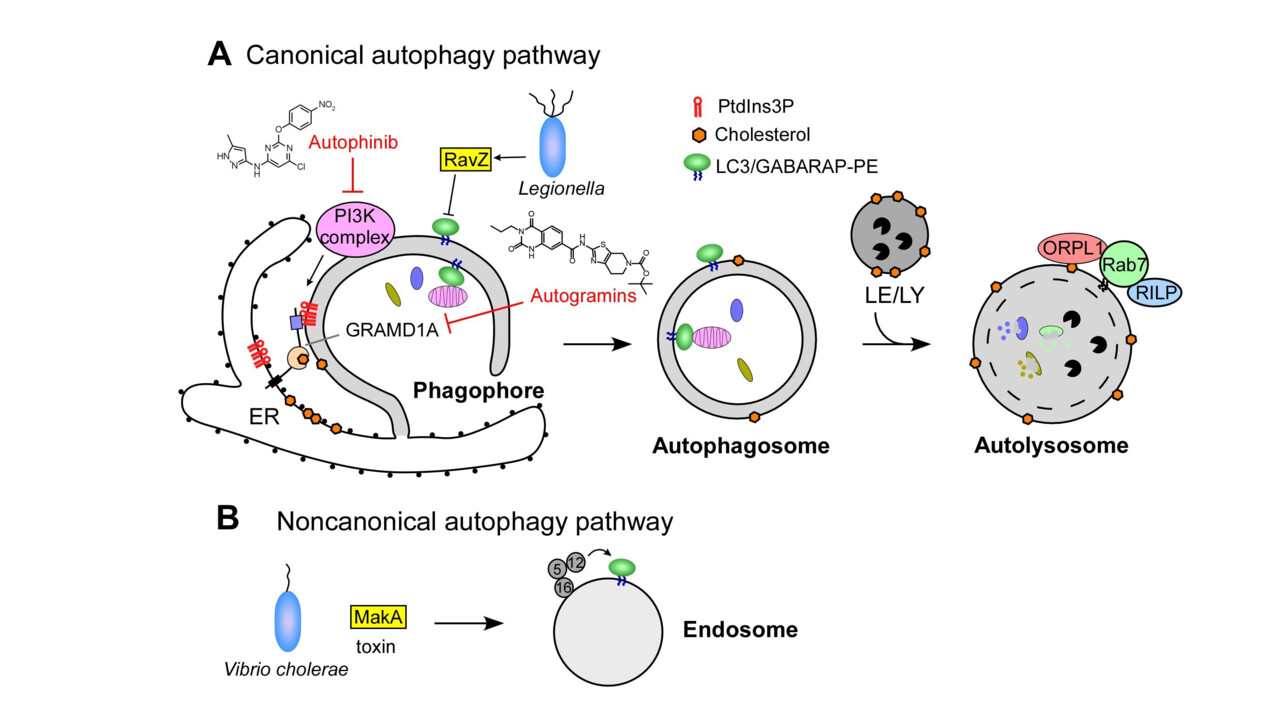 Due to the spatial segregation of intracellular organelles of eukaryotic cells a sophisticated system of vesicular transport is required to ensure the communication between different compartments. Rab GTPases function as key regulators of intracellular vesicular transport. With the help a complex network of Rab regulators and effectors, Rab GTPases regulate these processes through tightly controlled enzymatic GTPase cycle and spatial distribution in cells. We are interested in answering the question of how these complex biological reactions are coordinated and how the malfunction of these processes link to diseases. These questions have been assessed at both the molecular and the cellular level in a quantitative manner (Nat Chem Biol 2010; PNAS 2014, PNAS 2016, Biochem 2019). 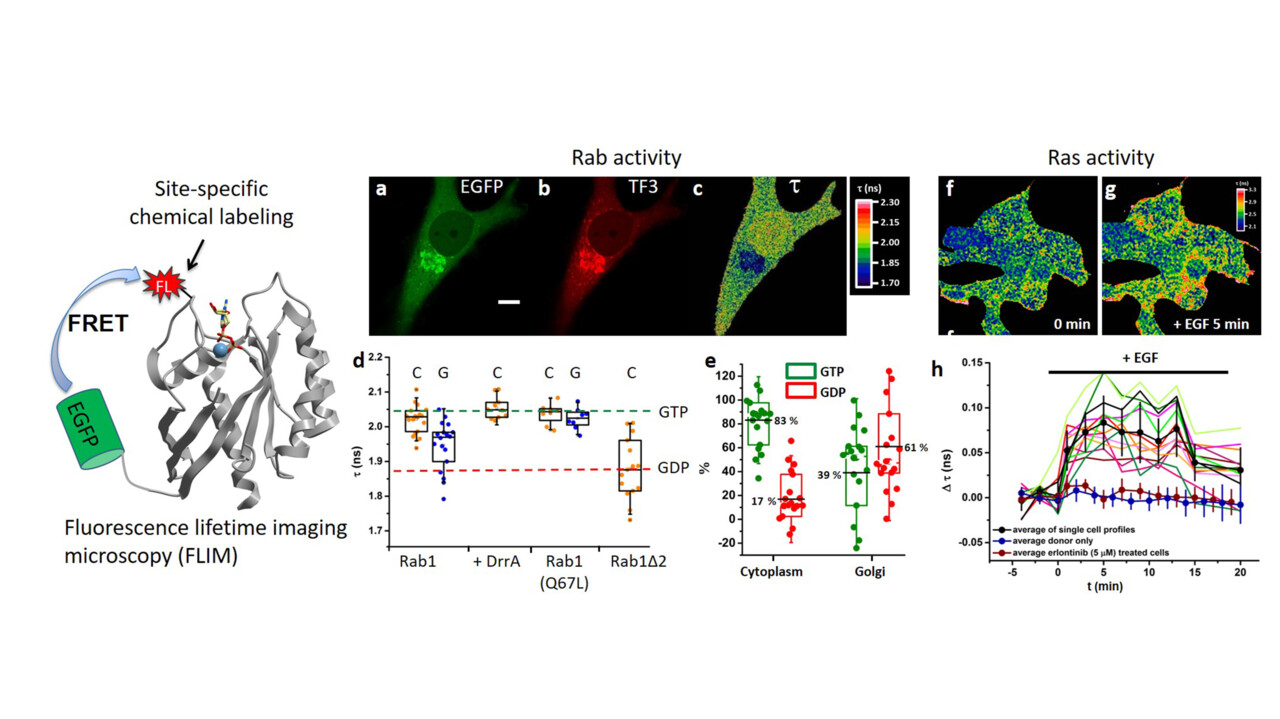 Genetic perturbations by gain or loss of gene function through overexpression, knock-out or knock-down approaches are powerful for biological studies. However, traditional genetic approaches are chronic (hours to days). Consequently, the phenotype may not be detected due to adaptation and the dynamics of phenotypic change cannot be followed. Chemical genetic approaches using small molecules are acute, reversible, conditional and tunable and have been very useful to dissect the complexity of biological regulatory networks. 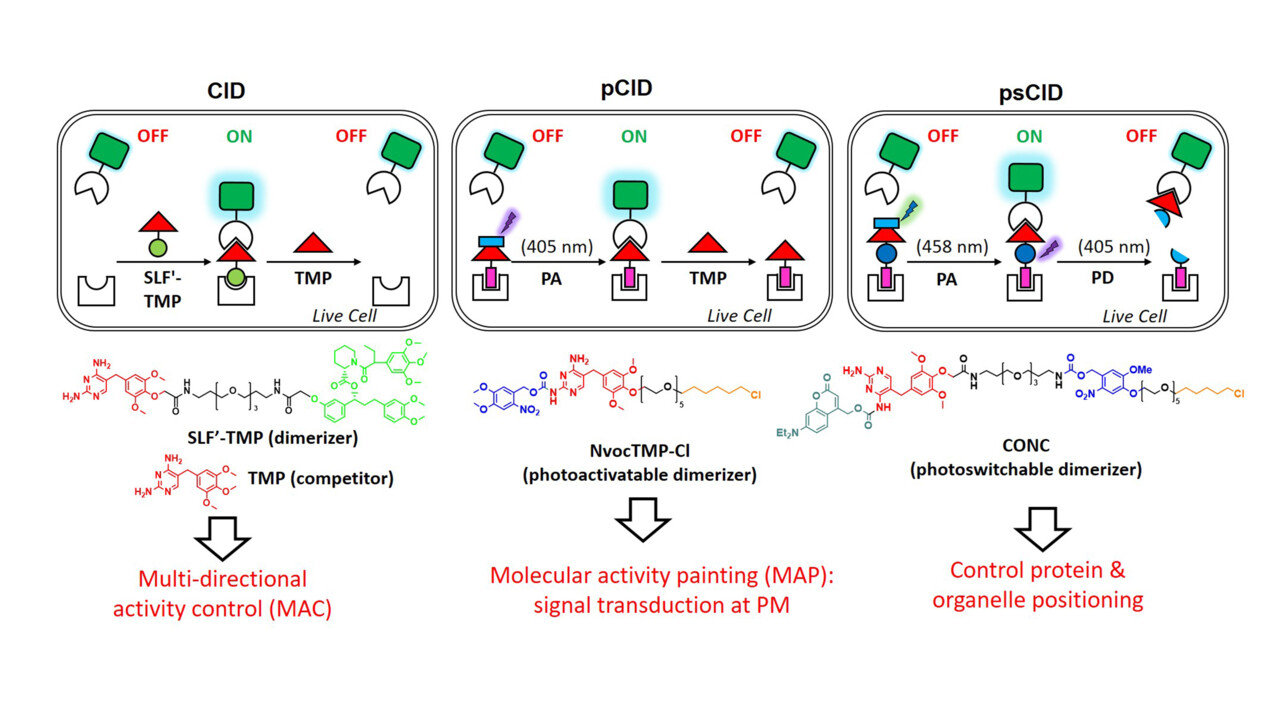 Labeling proteins with synthetic probes, such as fluorophores, post-translational modifications and other functional labels is enormously useful for characterizing protein function in vitro, in live cells, or in whole organisms. Chemical methods have substantially expanded the tools that are can be used to modify proteins. Our work has been focused on preparation of post-translationally modified proteins (ChemBioChem 2011, 2013, 2020, Bioorg Med Chem 2017). We are interested in developing new methods for protein modification/labeling (Angew Chem 2011, JACS 2014, Chem Comm 2015, Angew Chem 2016, Chem Sci 2022). These methodologies have been valuable for visualizing biochemical reactions in living systems and proteomic studies. Such developments not only facilitate the study of the membrane trafficking and autophagy that we are interested but contribute new tools to the larger biological field. 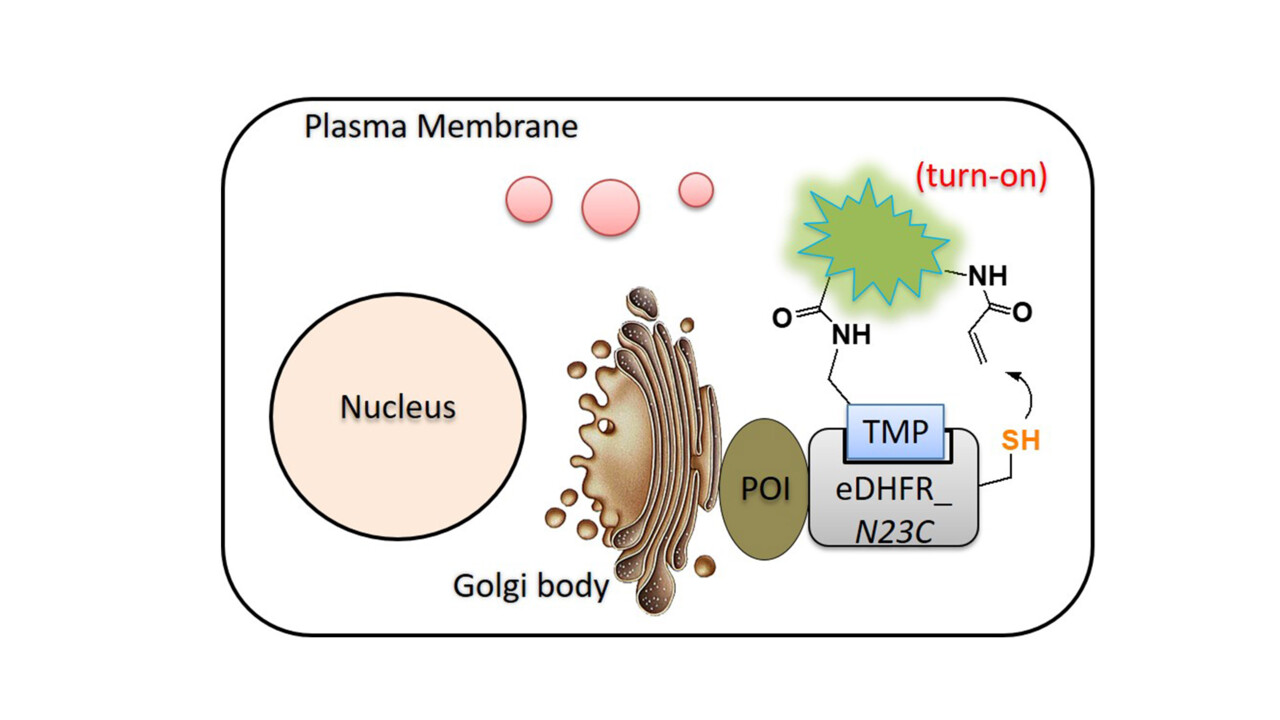 Biography of the PI

Yaowen Wu received his BS in Chemistry from Sun Yat-sen University in 2001 and his MS in Organic Chemistry from Tsinghua University in 2004 in China. After graduating as Dr rer. nat. (2008) at the Technische Universität Dortmund working at the Max Planck Institute of Molecular Physiology in Germany and a postdoctoral study in cell biology at King’s College London, he has been leader of an Otto Hahn group at the Max Planck Institute in Dortmund since 2010. Since 2012, he has been group leader of Chemical Genomics Centre of the Max Planck Society. He was then appointed as Professor in Biochemistry at the Umeå University in 2018. He has served as Director of Umeå Centre for Microbial Research (UCMR) since 2020. His research group develops small molecules and new chemical methods to modify proteins or manipulate protein function in the context of biological systems with a particular focus on regulatory mechanisms in membrane trafficking and autophagy. He has received awards and honors including Göran Gustafsson Prize in Molecular Biology, "Future of Biochemistry", Wallenberg Academy Fellow (Royal Swedish Academy of Sciences), European Research Council (ERC) grant, Behrens-Weise Award, Biomedicine Research Prize and Otto-Hahn Award.

Professor Yaowen Wu, director of UCMR, receives funding for another five years for research on autophagy.

Umeå University stimulates cutting-edge research with a new program which has Nobel Prize laureate as mentor.

Umeå University is at the international forefront in the research area of infection biology.

UCMR is an interdisciplinary research centre for infection biology.

The Department of Chemistry has over 200 employees , of which 40 are PhD students.