Research project The basic concept of the project is boundary.Cultural boundaries constituting structures firmly established within a geographical area are studied as well as dynamic forces which affect the area in various ways and, sometimes obliterating a cultural boundary, while, at other times leaving an old boundary untouched.

In order to successfully penetrate this interdisciplinary field, researchers from eight disciplines take part in the project. The northern part of Sweden is eminently suitable for many studies within the project. In this respect the Skellefteå area is an important "study area" but studies are also being carried out in Tornedalen, among other places. Our aim is to apply a diachronic perspective. The cultural and linguistic interaction between Sami, Finnish and Swedish elements at different times is another theme where the linguistic, historical, economic and ecological projects work in close co-operation. Another important theme is the shifting of the timber frontier, especially during the 19th century. 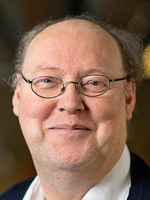 The project often takes an area in northern Sweden as its starting point but the problem-oriented approach is always superordinate. By carrying out the studies on a macro level as well as on a micro level, the prerequisites for a comparison and a synthesis as well as for extreme accuracy of detail are well provided for. The latter is rendered possible not least by the computerized, demographic material, which allows studies on different levels of aggregation all the way down to families and individuals. Many studies use this material as their starting-point. Important points of departure can also be local historical material.

When the studies have been completed, important contributions to the international discussion of cultural boundaries and cultural areas will hopefully have been made in this interdisciplinary demonstration of strength that Kulturgräns norr constitutes.