Research project The aim of this project is to analyze conflicts and emotional tensions between generations within family and household in early modern Sweden and Finland, based on analyses of trial records from the 17th and 18th centuries.

Early modern Sweden was a Lutheran patriarchal society where the fourth commandment – “honour thy father and thy mother” – was incorporated into secular law and “fatherhood” constituted the main social metaphor for authority. According to this ideology, a father’s rule over his household represented the most elementary and basic order of society. This was however not always a simple matter. While parents had the right (and duty) to chastise their minor children, they still had to pay the elder generation due respect. Thus, the emotional experiences of showing respect and reverence toward one’s parents was not just a question of minor age. 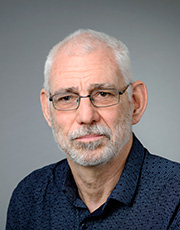 Research plan
Honor thy father and thy mother- ambivalent emotions and conflicts between parent and child generations in early modern Sweden and Finland
The aim of this project is to analyze conflicts and emotional tensions between generations within family and household in early modern Sweden and Finland, based on analyses of trial records from the 17th and 18th centuries. Focus will be on cultural meanings of abuse and violence, forms of social intervention and public attention. A central question is the role of paternal authority. To what extent did the upholding of paternal authority resolve conflicts? Or was the question of authority on the contrary a major ground for conflicts and ambivalent emotions? In a long term view the aim is also to give a historical perspective on the contemporary silence on adult children’s abuse of parents.

Background
The present application is a modified part of an uncompleted project entitled ”Honour thy Father and thy Mother”: Notions and practices of abuse of and violence toward parents, in Sweden 1600–2000” conducted by myself and Åsa Bergenheim, professor of history of ideas, during the period 1/1 2007-28/2 2009 within the research program Ageing and Living Conditions (ALC) at Umeå University, funded by the Swedish Research Council (VR). Due to unforeseen circumstances including my wife’s serious illness and Bergenheim’s appointment as vice principal of the university, we were not able to meet the expected goals in the second round of evaluation. I have however continued my part of the project on the side of a more or less fulltime teaching.

The original research project was divided into two time periods 1600-1800 and 1800-2000 respectively, of which the present project represents the older period. Swedish medieval provincial law prescribed especially severe punishments for murder and manslaughter of close relatives, but it was not until after the reformation that battery and verbal abuse of parents were explicitly criminalized as a special category of crime and a break of the fourth commandment. In 1608 a transcript of the Ten Commandments from the Decalouge in the Old Testament was appended to the first printed edition of the National Law Code. From now on and up to 1734, persons found guilty of abusing their parents, step-parents or parents in law, were punished according to “Sweden’s and God’s law”. Whereas references to God’s law disappeared in the new law, people continued to be sentenced to heavy fines and sometimes public flogging (18th century) up to 1864 when “battery and verbal abuse of parents” were abolished as a special category of crime. From this time span of more than 250 year of public attention and legal persecution, thousands and thousands of trial records concerning battery and verbal abuse of parents have been preserved.

State of current research
This abundant judicial source material has however until recently been left more or less unexploited by Swedish and Finnish historians. One important exception is Swedish historian Birgitta Odén who has published valuable statistical surveys of the number of trials and presented some content analyses of selected cases from the 17th century (1991). Odén’s focus has however been on explaining long-term trends and geographical distributions of trials and their possible connection with conflicts over contracts of retirement based on supplementary sources rather than close reading of the records. Swedish historian Anna Hansen (2006) and Finnish historians Kirsi Warpula (2002) and Beatrice Moring (2003) have also touched upon the trials, but the field of research is still very limited but at the same time expanding. A Nordic network has been established recently and a first conference has been held in Tampere in May 22-24 on the theme Violence against Parents in the North of Europe, funded by the Joint Committee for Nordic Research Councils, and a second conference will take place in Oxford this year. Joanne Bailey’s recently published book Parenting in England, 1760-1830: emotion, identity, and generation (2012) represents a growing interest outside the Nordic countries.

Central issues, methodological considerations and theoretical perspectives
The main focus of the study is on the social meanings of notions and practices, not to provide socio-economic and demographic explanations for historical variations in number and frequencies of the trials. The material does not allow for making inferential statistics but quantifications can provide valuable and useful data for qualitative analyses. Two sub-periods have been selected – the 1660-ties and 1745-1754. For each of these periods it has been possible to get a quantitative picture of all indictments for battery and verbal abuse of parents brought before the courts in the whole of the Swedish realm. Starting from a descriptive statistical survey of the trials, recurrent key situations of conflict will be identified and analyzed further by close reading. An analytical manual has been developed for this first stage of the analysis ranging from relations between the alleged perpetrator and victim, the housing and social situation and other basic personal data, to the matter of conflict and how and by whom the case has been brought before the court. The next step concerns a deeper analysis of selected key cases focusing on the social meanings of the exact words, invectives, abusive gestures and violent acts described by the parties.

So far this kind of analysis has been applied mainly on trials from the second period in two published articles (Liliequist 2012; 2014) and a number of drafts and conference papers. The published articles are still of an introductory character, but there are some preliminary results and observations which will be further developed into the analysis. First the occurrence of double bind situations and grey zones due to the complex character of partly intersecting and partly overlapping relations of authority and subordination in the household. The grey zones concern especially the distinction between chastisement and assault and between reverence and obedience. The notion of personal integrity and its materialization and spatial extension will also be an important topic for further analyses. Compared to the original project, a profound change in focus is that of emotions. In the ALC project the main focus was on ageing, and notions of age and ageing will of course still be important but with a new emphasize on culturally expected emotional qualities. But most of all, emotions will be in focus for the analysis of the conflicts. People certainly described themselves as very upset and angry, but shame and shaming were also important emotional aspects. Theoretically the analysis will be informed by especially William Reddy’s concept of emotives and emotional regimes and Monique Sheer’s adaption of Bourdieu’s perspective on emotions as social practice. Inspiration also comes from the micro-sociological tradition represented by Ervin Goffman and Thomas Scheff (1990). At last but not the least, a gender perspective will be omnipresent throughout the analysis. One of the most interesting preliminary results is that not only father-son conflicts stand out which is not very surprising, but also especially the conflicts between mother-in-law and daughter-in-law with a different emotional choreography and pattern of conflict compared to the father-son conflicts.

The analysis of the second period will be compared with the same kind of analysis of the first period. The two periods represent different judicial regimes – a more sever policy of Lutheran orthodoxy versus an emerging secularization in the 18th century, as well as slightly different responsibilities of the younger generation. Up to 1734 a husband and his wife were required under law to provide and care for their elderly parents. After 1734, this requirement was replaced by a civil law agreement which meant that the older generation turned over the head of household and the right of use to a son or brother-in-law in exchange for a promise to be provided with food and sufficient means of livelihood, often specified in a formal contract.
It would of course have been most interesting to continue and make a third and a fourth study of the conflicts in the 19th and 20th centuries which was the original idea, but this has been considered unrealistic, at least for the moment.

Expected outcome and the current state of research in the project
The ambition is to publish a number of articles and a monograph with an international academic publisher. Besides the analysis of the trial records the planned articles and monograph will draw on a wide range of possible sources for placing the trials in a broader historical and cultural context.
A first chapter will deal more generally with the fourth commandment (fifth in Anglican tradition) and the legitimization of authority in post-reformatory Sweden. Focus will be on doctrines and discourses starting from the Haustafel-literature of the reformation and the reception of God’s law. A first draft has been presented at a conference in Philadelphia 2010 on Childhood and Emotions. This will also provide a general background for the analyses of the judicial material.

Certain aspects of the conflicts will be treated in special studies published as articles and/or chapters in the monograph. One will be on marriage and parental control. A first draft is prepared for the conference in Oxford this summer, entitled “Choosing the bridegroom- guardianship and conflicts between generations in 17th and 18th century Sweden and Finland”. The question of guardianship and parental obstructions for marriages was a hotly debated issue in public discourse during the 18th century as well as a recurrent theme in the trial records.

A special section on age and ageing will also be completed focusing on cultural stereotypes. A first draft has been presented at the ALC seminar in Umeå 2008 from the perspective of the concept “Successful Ageing” and what that could possibly have implied in an early modern context.
The key-concepts personal integrity, authority and reverence also deserve special treatment, both as analytical concepts in the introductory chapter and as historical concepts in a concluding last chapter.
For the completion of the analyses of trial records I need to visit the provincial archives in St Mikkel, Turku and Hämeenlinna once again.