Libertarian Paternalism and the Moral Limits of Public Health Policy

Research project This project aims to investigate to what extent libertarian paternalism offers a solution to the central ethical dilemma of public health.

The concept of Libertarian Paternalism was introduced in a 2003 article by the psychologist Richard Thaler and the legal scholar Cass Sunstein. In 2008, the same scholars published a much noted book-length defence of their approach. The core idea is to combine the best of libertarianism with the best of paternalism, protecting freedom of choice while designing choice situations so as to promote wise choices. In a parallel development, public health ethics is finding its place as an independent area of research. One of the central areas of debate is the strong commitment to individual autonomy in contemporary medical ethics and how and if that commitment applies to the public health setting. This project aims to investigate to what extent libertarian paternalism can help public health find a balance between the values of liberty and health. 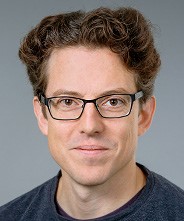 Philosophy and philosophy of science

A central ethical dilemma in public health is the balance of individual liberty with population-wide health promotion. This dilemma is at the heart of recent discussion on the nature and limits of public health. At the same time, an approach to public policy based on research in psychology and behavioural economics has received great attention, in particular in the US. This approach, Libertarian Paternalism, aims to design choice situations so as to promote welfare, while preserving freedom of choice. This project aims to investigate to what extent libertarian paternalism offers a solution to the central ethical dilemma of public health.