To work in the wilderness with endangered species is a dream for many young biology students. Ecologist Sherry Young, 25, lives that dream. In the remote mountain ranges of Kyrgyzstan she is tracking snow leopards in a project to secure the future of this vulnerable and elusive animal. 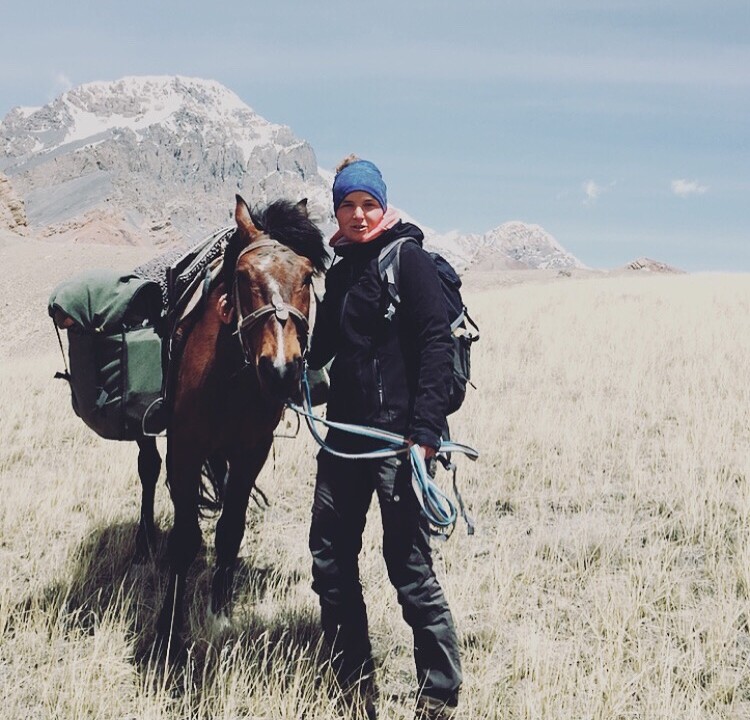 Sherry Young with her horse out on an expedition in the Kyrgyz mountains. “Last year we started monitoring a new mountain range and in most of the cameras we collected, we observed snow leopards” she says. “We don’t know how many yet, there is a lot of data to analyse, but they are there and they reproduce, we have babies showing, so that’s good news”.

“Our goal is to assess snow leopard population densities, because the numbers we have, 150-200 snow leopards in Kyrgyzstan, are really old and very rough estimate” she says. “We use camera traps activated by movement that we put in the mountains for several months, then we retrieve them, collect the data and analyse it. Snow leopards have unique fur patterns, so from the data we can identify each snow leopard, so that we can assess their proper numbers”.

The work she does is no easy task. Snow leopards live on high altitudes in spectacular, but cold and barren mountain areas in Central Asia. Tracking the large cats require long walks by foot or on horseback into remote locations, many miles from populated areas. 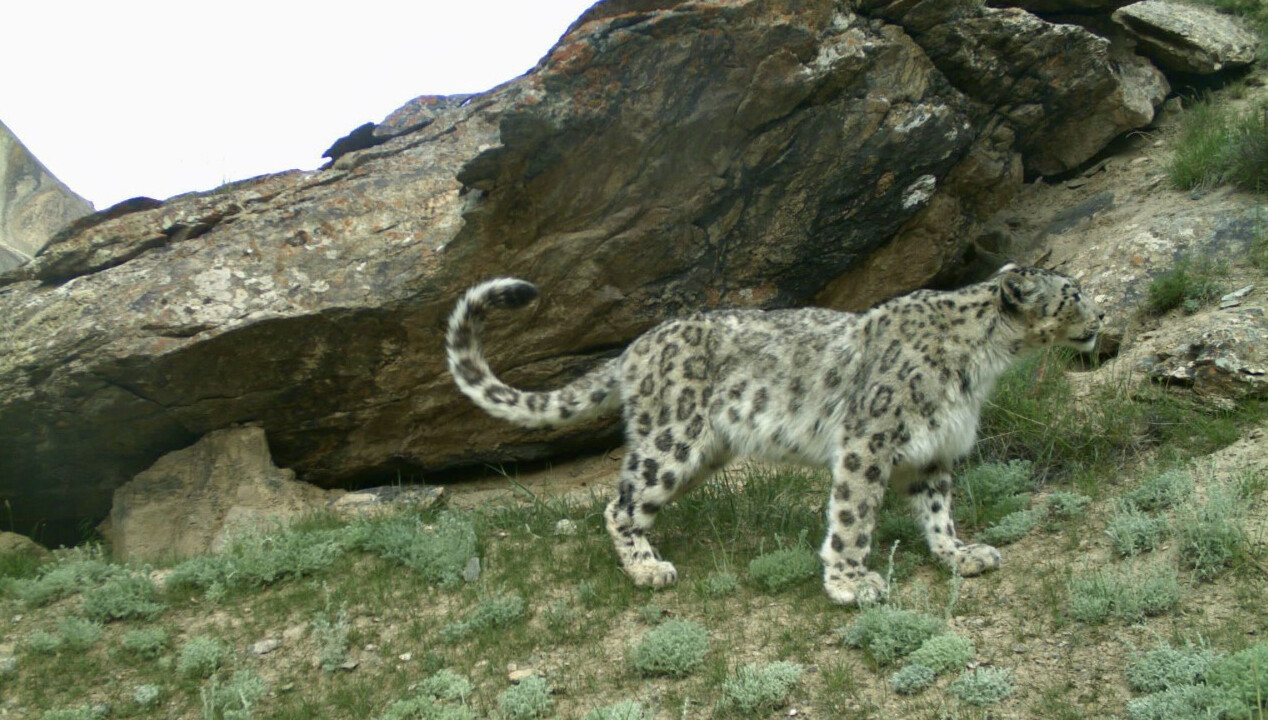 A snow leopard. The animal lives in high altitude and can cover long distances to hunt for food.

“The first time I went in the field my conclusion of the day was that the nature is exceptional, so beautiful, but it’s either you walk or you die” says Sherry Young. “It’s really difficult terrain. Several times I have been really afraid for my life and really close to not making it. But still I love it, you learn so much from these moments, about yourself, how to react and about the environment”.

Unreliable weather, slippery mountain paths and overflowing rivers are some of the challenges the researchers meet on their expeditions. The teams normally consist of 2-3 people, always in the company of local rangers. 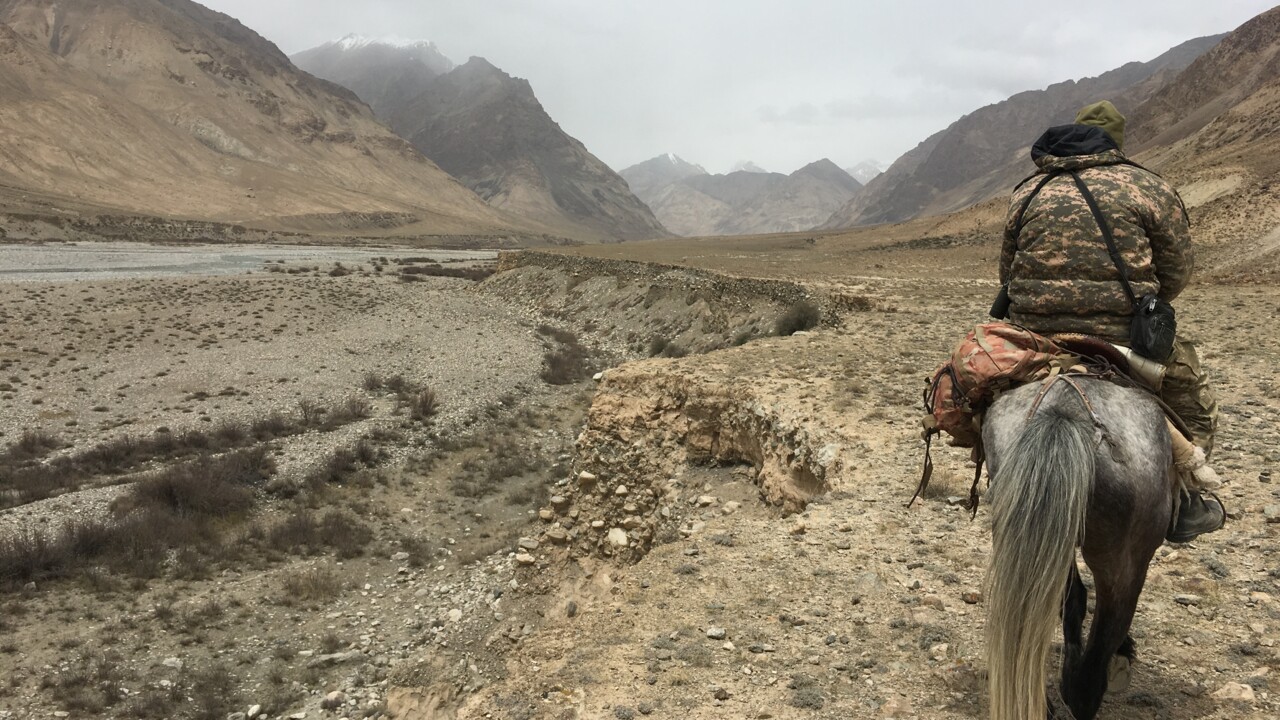 The weather can shift rapidly and the terrain often offers tough challenges during the expeditions to place or fetch camera traps.

“Sometimes I go out with just a ranger and they only speak Russian and Kyrgyz. We rely on key words and sign language, but now my Russian is a little bit better so we can communicate more”.

"You see them if they want to be seen"

Snow leopards are shy and elusive animals that hunt at night and are difficult to get a glimpse of.

“You see them if they want to be seen, because they can smell you from afar even if the wind is in your favour” says Sherry Young. “People often ask what I would do if I ended up facing a snow leopard. I wouldn’t be afraid, they are just big cats, but it would be impressive”.

Have you seen one yet?

“Yes, in February. I was on an expedition and we were up on 3 500 metres altitude. We had been riding for ten hours and suddenly I saw a snow leopard passing the slope really fast. At first I doubted what I saw, but you could see from the size of the tail and how it ran that it was a snow leopard”. 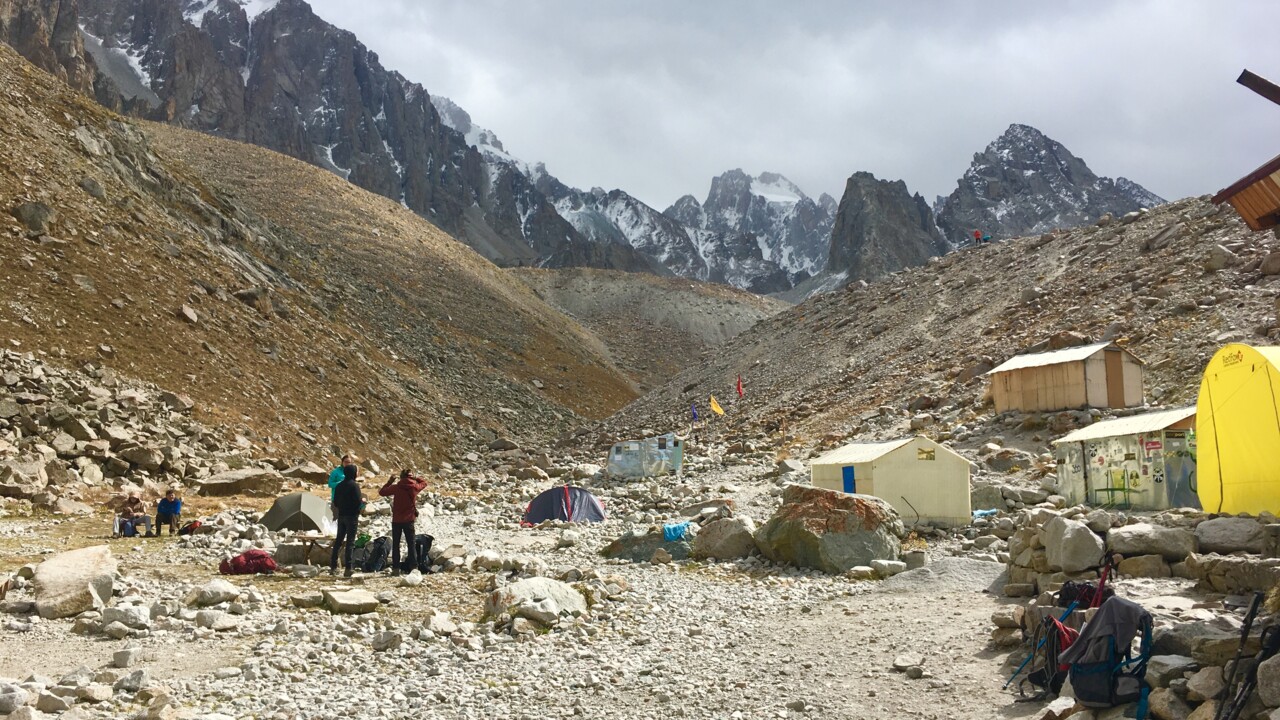 From the camp the team sets out on daylong walks or rides to place or retrieve camera traps.

Sherry Young grew up in France where she studied for her Bachelor’s degree in ecology. Throughout her degree, she was an intern at a zoo that supported snow leopard research in Central Asia.

“During the years after that the project never really left my mind. I thought it would be a dream position for me after my studies, so I decided I was going to try to reach it”.

Abisko started her interest in research

Scandinavia was also a dream for Sherry, which led her to study for her Master’s degree at Umeå University. She first came as a one-year Erasmus exchange student, but loved being in Sweden so much that she decided to stay for the entire Master’s programme in Ecology.

“That’s probably the best decision I have made in my life” she says. “I started the second year with going to Abisko as part of the arctic ecosystem course. Before that I had thought research wasn’t for me, but the time in Abisko made me realize research is really intense and something I would like working with”. 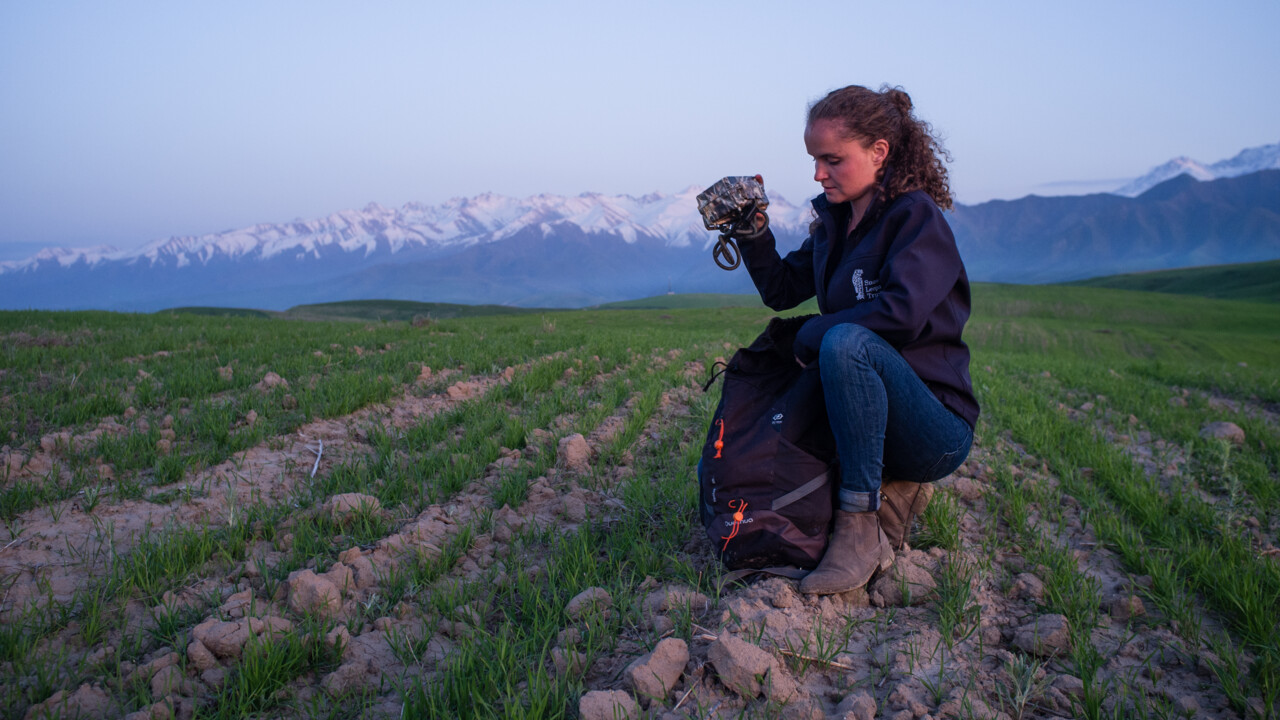 In tough competition Sherry Young managed to get an internship with the Snow Leopard Trust. After four months she was hired and now works with investigating snow leopards in Kyrgyzstan.

Sherry Young works for The Snow Leopard Trust. It’s an American organisation with local branches in Mongolia, India, Pakistan, China and Kyrgyzstan. The organisation is mainly funded by the United Nations and various other organisations working to protect vulnerable wildlife. She started out as an intern, a position she got in fierce competition with young biologists from all over the world.

“Such species become trendy so everybody wants to work on them. In snow leopard science they see so many students and they make it really hard on you to see how much you want to work on this. It is an ongoing fight and you have to prove yourself a lot”.

Keeps researching – as a PhD student

But Sherry is dedicated and so far her hard work has paid off. After four months as an intern, the foundation hired her. She will continue to work in Kyrgyzstan until August, after which she will spend some time in Costa Rica as a guest ecologist in a project about jaguars. Following that she will begin her doctoral studies in Vancouver, Canada – again researching snow leopards in Kyrgyzstan.

"I will observe the effect of climate change on snow leopard habitats, their prey and the vegetation. There is no use to keep making conservation plans if you don’t know how the climate will change the landscape in the near future."

What’s your advice to students who dream of working on preserving endangered species?

"Just go for it and don’t quit! It’s tough and you have to be ready to make compromises, but it toughens you up. You also need a bit of luck, if I hadn’t met this researcher at SLU who knew the international coordinator of the snow leopard research, I wouldn’t have gotten in contact with the right people to send my CV to. Another thing is be open minded, this is how you meet people that suddenly inspire you or can help you get where you want to be. I’m really glad this happened to me in the beginning of my career, because I never thought it would, but it did."