FEATURE Climate change will make the marine food web less efficient, and toxic substances will increase in fish and other organisms. This has become clear during the first phase of EcoChange, and now it is time to dig deeper into these questions. During the annual EcoChange conference fascinating results were presented, and a new generation of PhD students were welcomed into the research environment. EcoChange 2.0 has just begun.

When the marine food web is mentioned you get a picture of a pyramid, with phytoplankton in the base, eaten by zooplankton, which are eaten by fish, which are eaten by other fish, seals, birds and humans. It might seem as a robust system, with a stable base. So what can go wrong and make the food web unhealthy? Well, first of all: climate change.

When the ecosystem is exposed to higher inflows of river water, caused by climate change, this will favour heterotrophic bacteria and make the food web less efficient and less healthy.

Focus on effects of climate change

Consequences of climate change on marine food webs are in focus for the strategic research programme EcoChange. Recently the annual conference was held in Kalmar, hosted by Linnaeus University. At the conference research results were presented, and new PhD students were welcomed into the research group. During two days researchers within EcoChange discussed the food web, primary production, toxins and the future of the Baltic Sea.

The food web is central in the work of EcoChange, and is studied from various points of view. Many of the projects within EcoChange have focused on the food web efficiency, since this factor is expected to decrease as an effect of climate change.

“A healthy food web is more efficient, and the lower parts are to a high degree edible for higher trophic levels. When the ecosystem is exposed to higher inflows of river water, caused by climate change, this will favour heterotrophic bacteria and make the food web less efficient and less healthy. A large part of our work concerns what the effects of the loss in food web efficiency leads to” says Agneta Andersson, professor in marine ecology at Umeå University and coordinator for EcoChange. 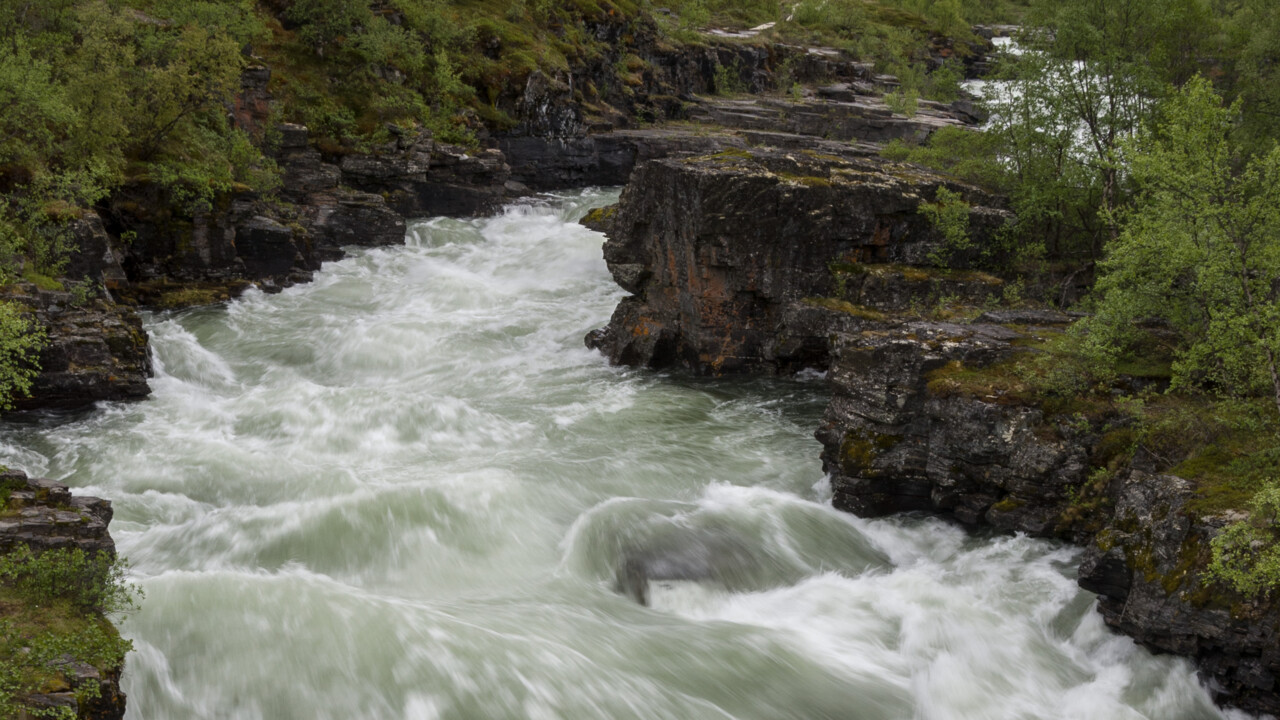 The Baltic will receive larger amounts of water from streams and rivers when the climate changes. This will have a large impact on the marine ecosystem.

Within EcoChange the different trophic levels are studied in a climate change context. In the base of the food web there are primary producers, which make use of carbon dioxid from the air and sunlight to build organic matter.

Phytoplankton in ocean water are maybe the most important organisms on earth. However, in shallow coastal areas benthic algae, living on the bottoms, stand for an even greater primary production than the phytoplankton in the water. Jenny Ask, researcher within EcoChange at Umeå University, has proven the importance of this form of primary production, which to a large extent has been neglected until now.

“It is important to get a grip on the total primary production to find out what changes in the food web will lead to. For example, we have found a large benthic primary production under the ice cover in early spring in lakes. If this is true for coastal areas as well it brings important insights into the calculations of the primary production. During the coming years we will find out” she explains.

We hope to soon have a better understanding of how the uptake and distribution of mercury in the food web is affected by climate change.

The food web can in a way be seen as a transportation of organic carbon and energy from lower to higher trophic levels. However, toxic substances will be transported through the food web as well. Substances which are taken up from the surroundings by for example zooplankton or benthic macrofauna will accumulate and in some cases magnify through the different organisms in the food web. A well known example is that of dioxins, which magnify to such an extent that fish on the highest trophic level can be toxic to humans. Another example is mercury, which in its most toxic form, methylmercury, is found in organisms in the marine food web.

“There is still a lot to learn about how the mercury is taken up in the organisms” says Erik Björn, researcher within EcoChange at Umeå University. “We know that the organic matter is an important factor, and we are hoping that we soon will have a better understanding of how the uptake and distribution of mercury in the food web is affected by climate change.” 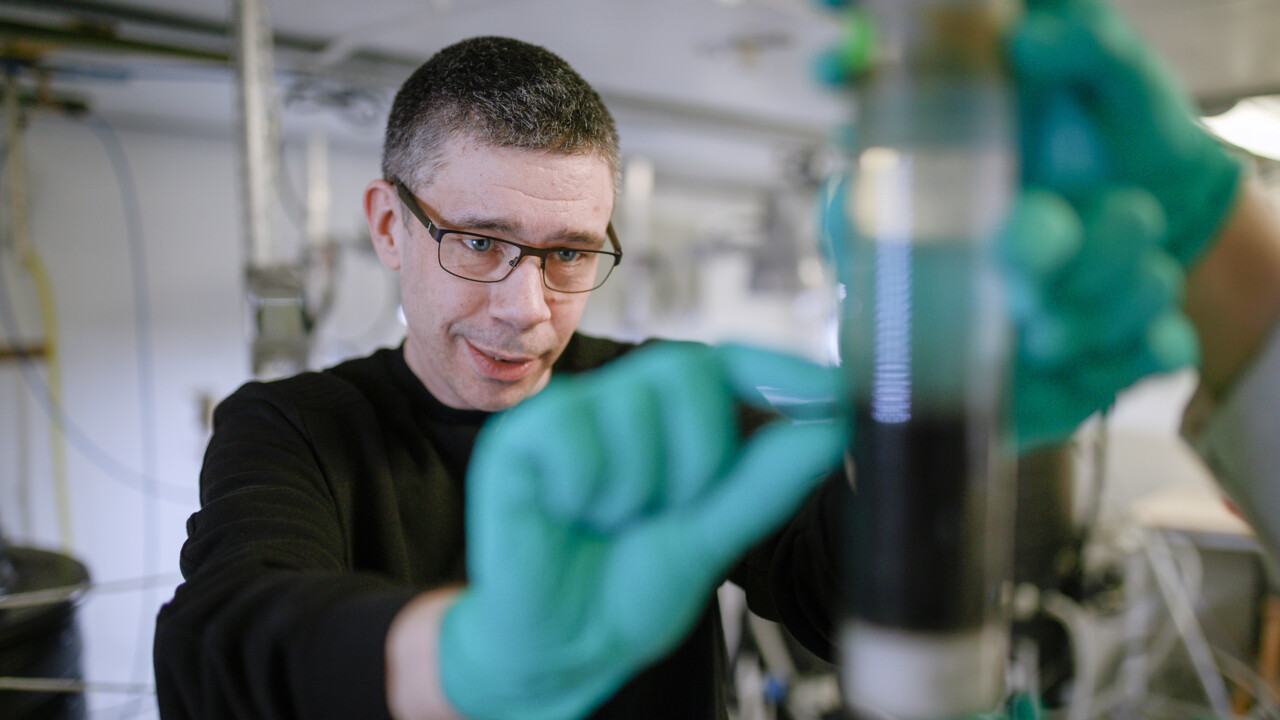 Researcher Erik Björn at Umeå University studies the uptake of mercury in the marine food web. Bild på Erik Björn i labbet till artikeln i Tänk 2017.

Per Larsson, professor in fish ecology at Linneaus University and one of the theme leaders of EcoChange, is concerned about the fish populations in the future Baltic Sea. Climate change will probably have a large impact on the diversity of fish species, and Per expects fresh water species to invade the Baltic when the salinity decreases.

“We don´t yet know what this will do to the rest of the ecosystem”, he says.

Today the cod plays an important role in the marine ecosystem as a top predator, and the population of cod in the Baltic is genetically unique and adapted to the brackish water environment. However, the population has decreased dramatically, and Per compares the situation to the Grand Banks in Canada. There overfishing led to a next to complete extinction of the cod population. So how can the Baltic cod be saved?

“We have to stop trawling in the Baltic. Immediately! Trawling is not a sustainable way to fish” he says, and expresses a hope that EcoChange will take part in saving the cod.

EcoChange can not stop the climate change, but aims at increasing the awareness of the consequences of climate change in marine systems. In the longer term the research results will be used to motivate authorities to set up efficient measures to lessen the effects of climate change.

With a close contact between researchers and authorities we can find ways to handle and maybe even lessen the effects of climate change.

“Climate change will influence so many parts of the aquatic system, and to handle this we need to finetune models and prognosis. With a close contact between researchers and authorities we can together find ways to handle and maybe even lessen the effects of climate change” says Irene Bohman, South Baltic River Basin District and a member of the EcoChange reference group.

Catherine Legrand, professor in marine ecology at Linnaeus University and vice coordinator of EcoChange, is proud of the progress within EcoChange and pleased that so many new PhD students will be working within the programme.

“The plan is to dig deeper into the questions concerning what climate change will do to the marine food web, and to find ways to make use of the results in the work towards sustainable water management. Collaboration between Umeå University and Linnaeus University is an important part of the EcoChange work, and will be strengthened during coming years. EcoChange 2.0 has just begun”, she says as she closes the EcoChange conference of 2017.

The article is a summary of the 2017 EcoChange conference.