FEATURE The traditional idea of rural Sweden must be challenged, according to researcher duo Dean and Doris Carson, who are both affiliated with the Arctic Research Centre at Umeå University. They are also one example of the migration and development often forgotten about in present-day analyses.

– The negative image of the hinterland risks becoming a self-fulfilling prophecy. Reality is somewhere in between," says Dean Carson, who together with Doris Carson are two of the project leaders for the projects Cities of the North and Modelling demographic change in small villages.

Inland Västerbotten in May 2017. Some last patches of snow remain, together with a few reindeer wandering about. Timber trucks race through small villages that seem further and further apart. According to established views, this is a destitute region with a stagnant development due to mass outmigration – a view that is overly negative according to researchers Dean and Doris Carson, demographer and human geographer respectively:

"Individual villages can, for example, have an increasing influx of international migrants instead," says Doris Carson.

"However, since the demographic development of smaller villages is not looked at in detail, many people are still unaware of it. Politicians take for granted that people move to the chief municipal towns, and hence plan for it," says Dean Carson. 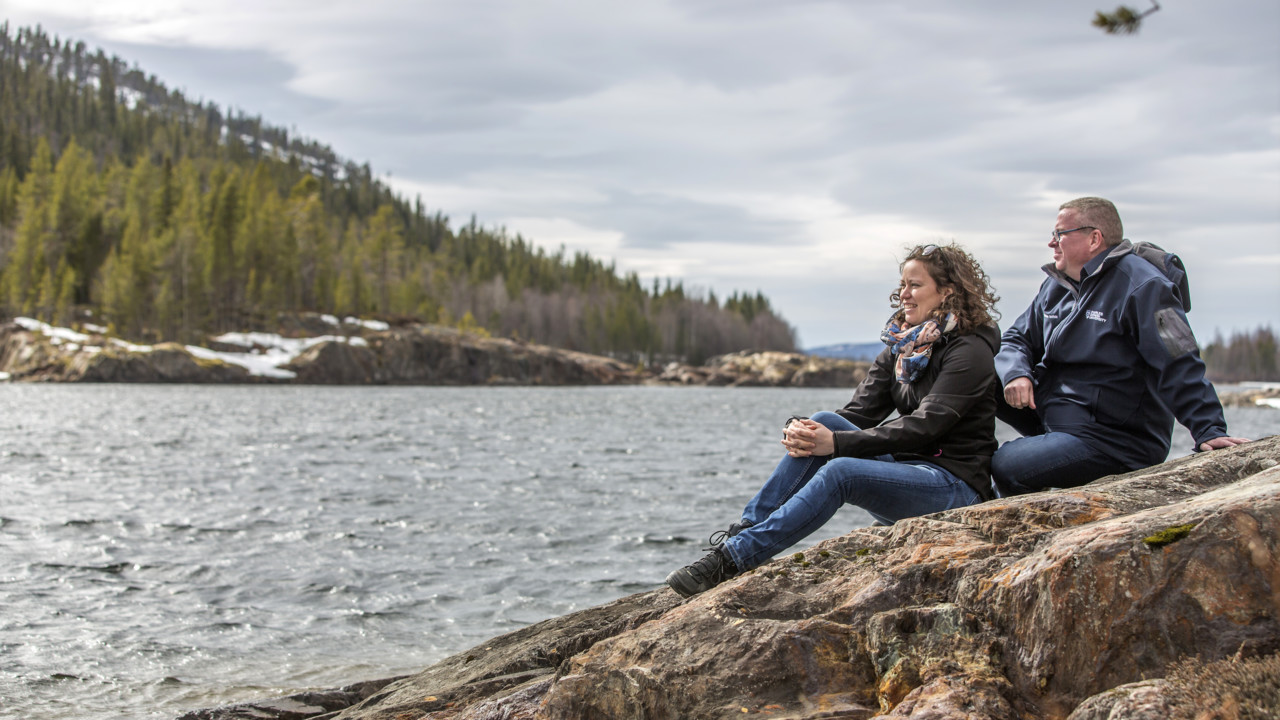 The couple studies population mobility and the demographic future for villages in northern peripheries in Sweden, Australia, Canada and Alaska. Dean Carson focuses on general migration and on the recruitment of educated labour to the sparsely populated hinterland. Doris Carson's focus lies on tourism and lifestyle related mobilities in rural areas.

In 2014, they came to the Västerbotten inland from Burra, a small community in South Australia. They rent a house in the small, picturesque forest village Pausele, about 180 km from Umeå and 50 km from Lycksele town. In winter, they can put their cross-country skis on on their doorstep and take off into the forest. In summer, they canoe and fish – mostly for perch and pike – in the nearby waters.

We're studying the development of sparsely populated areas, and also want to live in the areas we're studying," says Doris Carson, who commutes to Umeå University a couple of days per week.

Dean Carson has an office at the Sweden Centre for Rural Medicine in Storuman – a growing international research hub that opened in 2013. He also keeps in touch with Charles Darwin University in Australia over Skype and email. Together with research colleagues in a number of countries, he works on the international project Recruit & Retain, where they study how to attract and keep medical doctors, nurses and other qualified staff in the sparsely populated hinterland.

Doris Carson has interviewed international lifestyle migrants who have moved to villages in inland Västerbotten. The village Åskilje, neighbour with Pausele, is an evident example. In recent years, the village has had a striking international influx. 15 of 101 inhabitants are lifestyle migrants, mainly from Great Britain. In the Lapp cot-looking reception building at Åskilje Camping, we meet Suzi and Rhyl Jones who come prepared with 'fika'. They have run the camping for seven years, and come from England and Wales.

"We have never looked back with regret. Just look at the view," says Rhyl Jones, pointing at the water outside the window.

"This is not a business to make money. It's a lifestyle," emphasises Suzi Jones.

With us at the table is Neil Parker, a former construction worker from England, who moved here with his family.

"We mainly moved for our kids. Here, they can run around freely, whereas in England you need to keep a constant eye on them," he says.

Doris Carson has heard many similar stories in her interviews with other migrants:

When people choose to move here, it often happens really quickly. They move to where empty houses are for sale, and that causes a chain reaction among migrants. And the smaller villages are more attractive, not communities like Storuman with 2,200 inhabitants.

"They may as well stay where they are, otherwise."

According to previous theories, the development in larger cities such as Umeå will influence smaller towns and villages in the region. But according to Dean Carson, that is only applicable to areas closer to the city. Places like Storuman have actually never benefited from bigger cities, instead they have had to look out for themselves. Being small-scale improves flexibility and dynamic change.

"These places are like islands, and it can be an advantage when in present-day you can look for expertise and excellence all over the world and you can focus on attracting those who want to spend their time in this type of region," says Dean Carson.

"But in order to uphold continuity, a strong base is needed in the local community that can handle and embrace such a change."

With Sami health in mind

New contaminants due to global warming

Due to climate change, known and unknown infectious diseases lie in wait, and communities must be prepared.