NEWS The recent global financial crisis has shown that there is a need for better control of the banks’ risk taking. Kaj Nyström works on developing mathematical tools which can be used by the banks for, among other things, substantiated strategic business decisions. 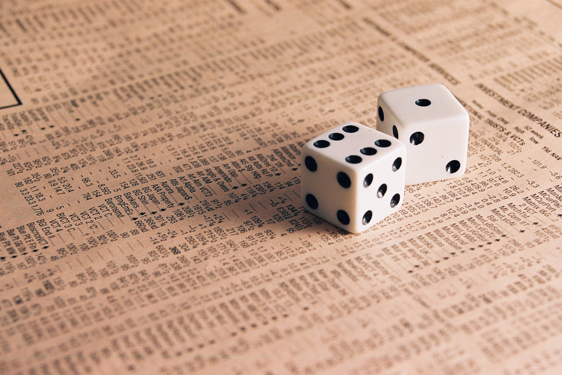 After a couple of years in the banking world, Kaj Nyström has come back to research and to Umeå University. He conducts research in risk management, where he has developed mathematical models for determining the size of the different types of risk a bank is exposed to.
– A bank uses the models to calculate the size of the capital buffer it needs in order to deal with events and losses which are not expected. Risk management for the bank is a matter of being able to earn money and meet its obligations in a persistent and stable way through controlled risk-taking. This is important for the stability and investment climate in society in general, Kaj Nyström says.

Major factor to the financial crisis

Kaj Nyström develops models for different types of risks. For example, it may be risks associated with drops or increases in share prices and interest rates, large-scale system crashes, bank robberies and ATM attacks. The purpose of the models for instance is to calculate the probability that a customer will not be able to meet his or her obligations to the bank, how much the bank will lose and how the bank should place a value on a customer in a way which reflects the risk involved in the bank’s commitment. Weaknesses in the models for this type of risk have been a major contributory factor to the financial crisis.
– It will probably turn out that there were several reasons for the financial crisis. However, the key problem has been that banks and mortgage institutions, in particular in the USA, provided too cheap loans to customers who, when the interest rates started to rise from their low levels, were not capable of paying off their debts. The latter may not have been fully included in the risk models and calculations that were made, Kaj Nyström says.

The global impact of the financial crisis is partly due to the repackaging and resale of the risk in the housing loans to investors all over the world in the form of so-called structured products. In this way, investors can buy assets, for example, on the U.S. housing market without owning the loan portfolio themselves. The advantage for the banks is that they resell part of the risk that exists in their loan portfolios. There is also a third party, between the bank and the investor – the rating agencies. These agencies do not only structure the transactions but also give them a credit rating, which is supposed to reflect the total risk. – One problem is that the rating agencies provided several transactions with credit ratings that were far too high. Many investors believed that they were buying instruments and bonds with a low risk; instead they turned out to be junk investments. One major problem that definitely has contributed to the financial crisis is that the complexity of the transactions and the models used by the rating agencies are not public.
– It is important that the models used in these contexts are transparent and that the investors and banks involved are aware of and understand the risks they take in connection with these structured products. This is an area which needs to be developed and improved, Kaj Nyström thinks.