NEWS On Saturday 19 February at 1 pm, Bildmuseet opens a major exhibition with one of the most important artists from the Middle East. New York-based artist Walid Raad considers the effects of conflict on body and mind, and on art itself. At the press preview and at the opening the artist will give a personal viewing of the exhibition. 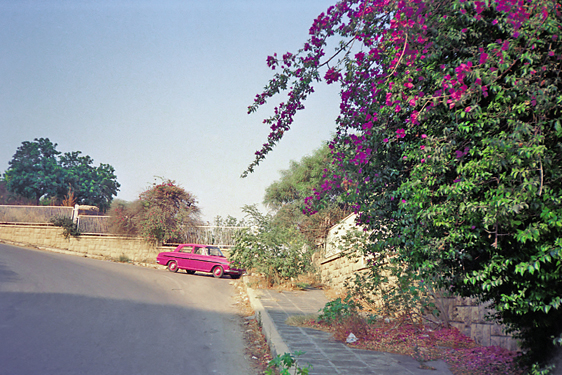 Bildmuseet presents the first major Swedish exhibition of US-Lebanese artist, Walid Raad. One of the most important artists from the Middle East, Raad says his work ‘was in some ways made possible by the civil wars in Lebanon’. He playfully considers the effects of conflict not only on body and mind, but also on art itself. The exhibition Walid Raad: Miraculous Beginnings presents his most important works from the past 20 years.

Stories about the Lebanese wars of the past three decades

Now living in the US, Raad’s work The Atlas Group (1989 – 2004) is rooted in his experiences as a teenager in Beirut during the Lebanese Civil Wars. His artworks, presented as documents and attributed to fictional as well as historical figures, narrate and visualise stories about the Lebanese wars of the past three decades. His images piece together a complex story of modern Lebanon with Raad’s exploration of photographic medium, its materials and conventions. Raad has said growing up in Beirut he wanted to be a war correspondent – ‘I didn’t have to go very far. It was right outside the house.’ Being in a city at war directly affected his work – rather than seeing photographs as impartial documents, Raad says ‘in a city that is divided, a photograph can generate all sorts of facts: some military; others cultural; and yet others aesthetic.’

The exhibition begins with photography and videotapes by The Atlas Group where Raad queries conventional distinctions between fact and fiction and asks how history, in particular one characterised as traumatic, can be told and visually represented. Key works include the photographic series Secrets in the open sea (1994/2004); Civilizationally, we do not dig holes to bury ourselves (1993/2003); My neck Is thinner than a hair: Engines (2001/2003); We decided to let them say, “we are convinced,” twice (2002/2006); and Let’s be honest, the weather helped (1998/2006-7), and selected video works.

Sweet Talk: Commissions (Beirut) (1987 – present) presents a series of photo assignments Raad gave himself about Beirut to capture the changing face of his home city.

The boom of contemporary art in the Middle East

The final section, Scratching on Things I Could Disavow: A History of Art in the Arab World (2008 – present), looks at the boom of contemporary art in the Middle East and how this affects artists working in the region. The centre piece is a model of an imaginary gallery with scaled-down versions of The Atlas Group’s archives displayed on the walls. Originally shown at the Sfeir-Semler gallery in Beirut (the first ‘white cube’ gallery for contemporary art in Lebanon), Raad says, ‘My artworks, especially those from The Atlas Group, shrunk once they entered the Beirut gallery.’ The model is accompanied by large-scale almost monochromatic plates, whose colours are ‘borrowed’ from documents such as letter heads and exhibition catalogues in an attempt to connect with artworks and artists from the future and the past. The exhibition ends with a large-scale projection imagining views within museums currently under construction in the Arab world.

About the exhibition and catalogue