Can technology help achieve fair taxation? The case of tax technology in Kenya 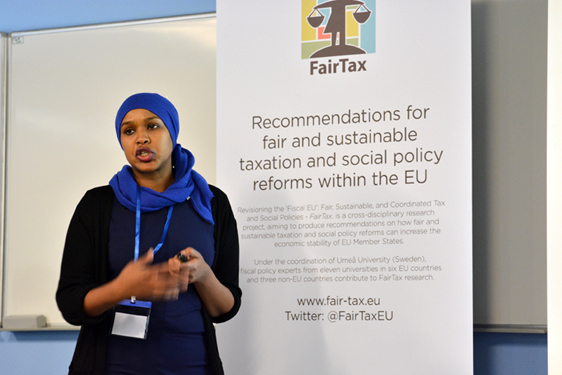 I am a PhD Candidate on the FairTax project based in Linköping, Sweden. During 2017 I have been in the field conducting an ethnographic study of government initiatives aimed at increasing tax compliance in developing countries specifically in Kenya. Recently, governments in developing countries are adopting technological solutions for combating issues surrounding sustainable economic development especially within domestic revenue generation. What are the implications for the taxpayer in terms of fairness? I am currently trying to understand how taxation policy is translated from the macro to the micro, more specifically by studying how technology has an impact on tax compliance. By working closely with Kenyan revenue authority staff members, tax advisors and taxpayers, I conduct an ethnographic study at different sites and towns and engage in conversations with different stakeholders. 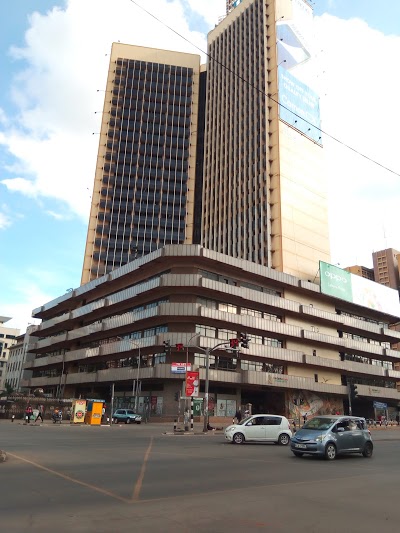 Huduma, a one-stop service centre for e-government services, centre, is very interesting in my study. The current government has invested billions of Kenya shillings in these centres and they even boast that because of these centres they have managed to move up 28 places in a World Bank ranking from number 136-108 as well as having won numerous awards. Huduma, which means service in Swahili, has a mantra of transforming public service delivery in Kenya. The services they provide include applying for a passport, national ID and even tax services. My fieldwork involves visiting different centres and observing their practices in relation to taxation. For my fieldwork I not only visit Huduma centres but also other centres that are established by the tax administration, KRA because they offer tax related services. I am interested in how the service providers and the taxpayers interact in the process of accessing tax services. I observe as well as participate by standing in line with other taxpayers at the centres. As an ethnographer I find it very relevant to not only talk to taxpayers about their experiences with different tax policies but also to observe and participate in their daily routines especially during the tax returns period which the country is currently going through.

So how does the taxpayer engage with digital tax services? My first experience was at the first Huduma Center, a e-government centre set up in 2013 is located in the GPO, general post office building constructed in 1907. This building is strategically located in the middle of the city centre next to the largest government office for immigration and citizenship issues, Nyayo House. This Huduma centre was apparently set up in close proximity to other governmental offices in an attempt to ease the public congestion especially during tax return periods. I accompanied a friend who was going to apply for a taxpayer identification number certificate requested by her new employer. 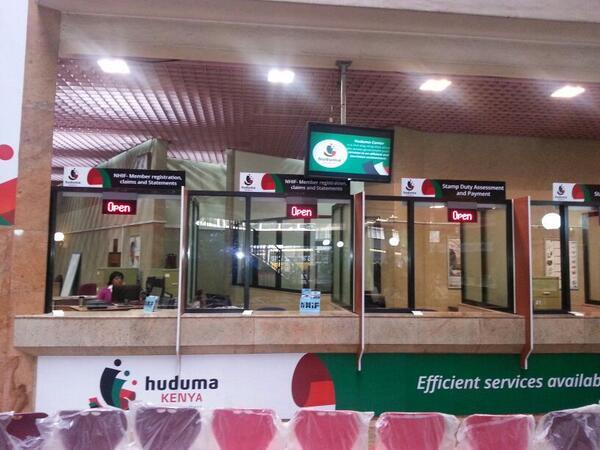 My friend had warned me that we needed to go early in-order to avoid the long lines. We made it by 8 a.m. and the service centre was quite empty. We get in and a security guard asks us what service we needed, he issues an electronic token and shows us where we can sit. It literally took 5 minutes and my friend had finished her errand. The staff from the revenue authority was very friendly and helpful; something that almost shocked my friend. Historically the relationship between the citizen and the state in Kenya had been one of an oppressive nature especially with regards to accessing government services and my friend had prepared to be on guard not to give them too much information. Once she got her certificate processed, they told her that she would have to log on to her account and print it elsewhere. She hoped that they would print the certificate for her but they explained that they do not have the resources to do so. She look quite confused with what she was going through comparing what she had done previously. Previously all one had to do was present all the documents to the counter. Now one had to not only stand in line and present documents to a counter but one had to also print and then come back and make a return. We leave and head on to cyber café, conveniently located near the centre to print the certificate. The security guard with obvious connections at the cyber café points us to the one he recommends. We get in and we find a line of people waiting to print. I eavesdrop on a conversation and understand that they were all sent here to print by the guard at the Huduma centre. With so many cyber cafes in the area one has to wonder why this particular one is recommended. The culture here is that the guard would get a small token for his recommendations. The taxpayers were mostly printing their electronically filled in returns that they would have to take back to the counter which was across the stress. My friend was among the lucky few who had to only print her compliance certificates, which she could give to her new boss.  We wait for our turn and she gets served by a young man who after I inquired whether he received training for using the digital platforms informs us that he did not require training as he had a background in information technology “ all you need now is do make your tax returns is a computer and internet, everything else and everyone else is irrelevant” (my translation from Kiswahili). My friend pays 100 shillings and she gets her certificate in numerous copies in case she wanted to use them in the future. Its now almost 11 a.m. and half the morning is gone, but she tells me that this is the shortest period she has ever used while engaging with the revenue authority. She is happy and content despite the obvious stressed condition she was in order to access her tax certificate.

Based on this example my research aims to understand the issues of fairness in taxation especially with regards to the increased use of technologies. The example I gave is from an urban setting whereby the taxpayers are tech-savvy unlike the majority of the population. Does everyone experience this ease while doing his or her tax returns? Has it become easier or harder for the taxpayer? How does one then understand the impact of such policies on issues of tax justice and fairness? My research project aims to address this by giving various perspectives; taxpayer experiences but also perspectives of the tax administration and tax advisors. They have mixed views regarding what makes Kenyans comply with taxes and whether some policies enhance or reduce compliance.