NEWS Surprisingly the answer is yes. With the technology of today it is possible to use environmental friendly formic acid in fuel cell powering your mobile phone or laptop. Physicist Florian Nitze, Umeå University, has in his thesis developed new catalysts to improve the capacity of these fuel cells. 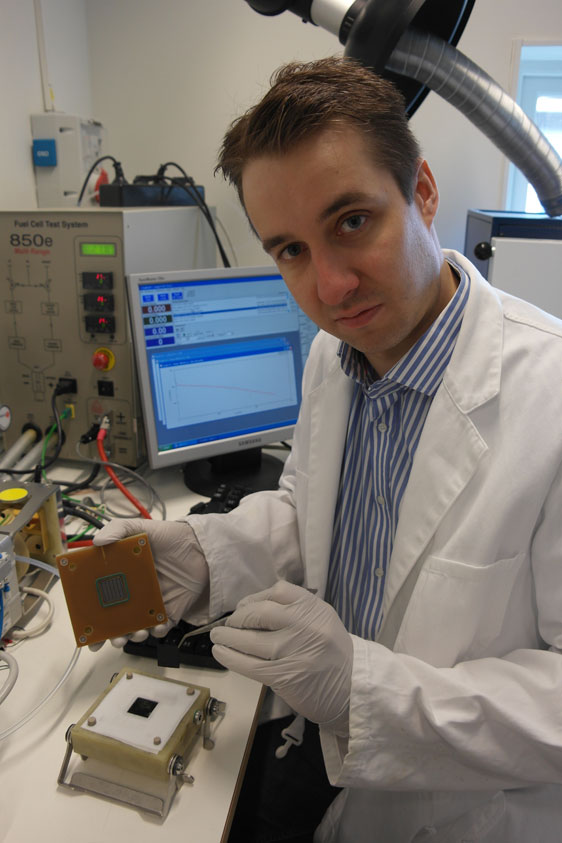 Fuel cells are different from batteries in that they require a constant source of fuel and oxygen to run. The technology is already commercially available but formic acid fuel cells still suffer from low power and lifetime.

The effect of a catalyst is to reduce the energy loss and to increase the rate of the chemical reactions, which leads to a higher efficiency in the fuel cell.
In his thesis, Florian Nitze has developed new catalysts based on a combination of material science and nanotechnology – engineering close to the atom level.

“Especially catalysts of palladium-nanoparticles attached to a unique helical formed carbon nanofibre proved to have a long lifetime and a very high potential to be used in formic acid fuel cells. The helical formed carbon nanofibre has a high electrical conductivity and a surface that is very easy to decorate with nanoparticles, “says Florian Nitze.

Several of the new catalysts that Florian Nitze have developed are based on palladium. It is a noble metal such as gold or platinum, but it is half as expensive. 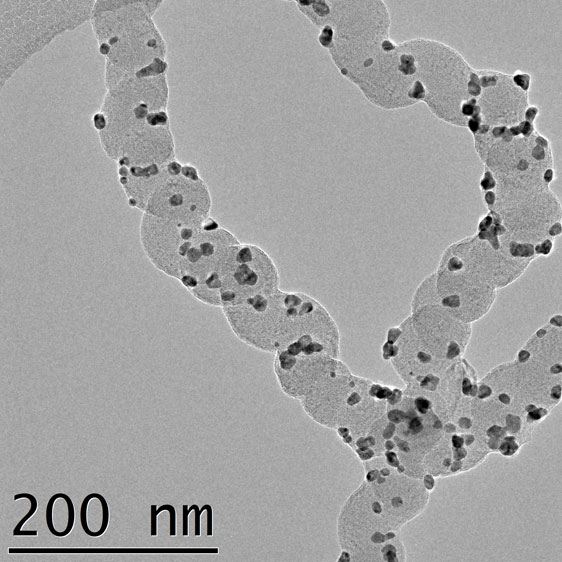 Formic acid can be produced from renewable sources, i.e. wood, and is therefore a highly environmentally friendly alternative.

“One of the major advantages over Li-ion batteries, which are dominating the battery market, is that the charging only takes seconds by simple refueling with formic acid,” says Florian Nitze.

The working principle of a fuel cell:

If for example hydrogen and oxygen (but equally valid for formic acid and oxygen) get in contact, they can burn and release a lot of energy. In this process hydrogen gives electrons to oxygen, it is oxidized whereas oxygen takes electrons from hydrogen, it is reduced.
The concept of a fuel cells is now to separate these two reaction spatially into two separate reactions, namely oxidation and reduction. The energy that would be released by burning can now be used as electric power if the two separated reactions are connected electrically. However, not all energy can be used; some energy is needed to keep the reaction running. Catalysts can lower this energy loss and speed up the reactions resulting in a higher efficiency of the fuel cell.

Read the entire or parts of the thesis at: