NEWS The Nordic Council of Ministers research board NordForsk grants an additional NOK 3 million to the CLINF project. Umeå University takes part in leading the project, which focuses on studying impacts of climate change on infectious disease that affect both animals and humans, and their affects on societies in the North, from Greenland to eastern Siberia. The additional grant will be used to widen the studies to also include locations east of the Ural Mountains. 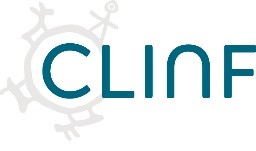 CLINF (Climate-change Effects on the Epidemiology of Infectious Diseases and the Impacts on Northern Societies) is a Nordic Centre of Excellence in the NordForsk programme Responsible Development of the Arctic. CLINF is led jointly by Birgitta Evengård at Umeå University, Ann Albihn at the Swedish National Veterinary Institute, and Tomas Thierfelder at the Swedish University of Agricultural Sciences. The recently approved NOK 3 million grant (which together with funding from Russia will total NOK 7 million) is added to the already granted sum of NOK 28 million. In total, all grants will provide the project with a total budget of approximately NOK 53 million up until the end of 2021.

Wide approach to the problem calls for widely integrated research

The overall objective of the research project is to strengthen societal preparedness for the threat of additional and new infectious diseases that can hit humans and animals. The rapid increase in temperature in the North is opening up possibilities for ticks to carry hazardous infectious agents on their way north, just as an example.

Global warming can also set free infectious agents that have been encapsulated in permafrost, such as for instance anthrax, when long-since contaminated and buried carcasses thaw and infectious agents are transferred to the surface. This happened in Siberia this summer, killing thousands of reindeer, and affecting people as well. Many northern societies depend on animal husbandry for their livelihoods. Therefore, the health of the animals plays an important part, and risks threatening the entire social structure if and when the health of the animals is affected.

“Everything is included in this interdisciplinary research project – from climate researchers, ecologists, veterinaries and medical staff, to social scientists, gender researchers and specialists on indigenous peoples,” says Birgitta Evengård. “Researchers can now be found in the entire area, from Nuuk in Greenland to Jakutsk in eastern Siberia, where they will collaborate with authorities and organisations on all levels.”

CLINF is actively operating under the idea of Open Science.