NEWS Researchers at Umeå University and South Korea’s oldest university Sungkyunkwan are cooperating to develop robots that can see. The methods will have applications which can be used with everything from forest machinery to health care in the future. 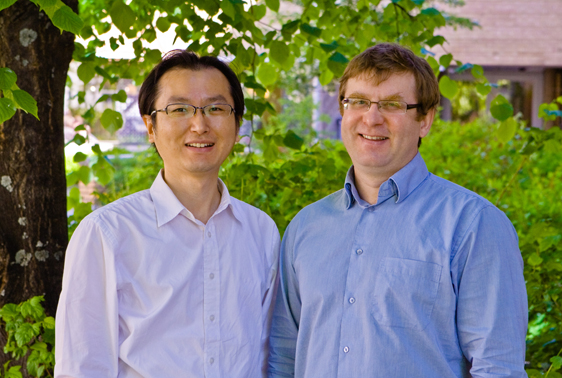 – In South Korea, robotics is a heavily prioritised research area and what is possible and impossible today will change a lot. Within a period of 5 to 10 years, robots will become an important part of our day-to-day life, says Anton Shiriaev, professor of control systems.
He explains that in South Korea there is a potentially large market in robotics. Thanks to this cooperation, they have acquired important local contacts with clusters of companies and researchers in South Korea.

There is a unique camera in Umeå which has been developed by the South Korean partners. For the researchers at Umeå, the overall objective is that with the help of this camera, forestry machines can be developed which are quicker and simpler to use for the driver.
– The driver is not able to see the crane which is loading timber all of the time. At certain angles, it is not possible to see exactly what the crane is doing and therefore it is interesting to use cameras to facilitate the crane’s guidance. In addition, the cameras can be used to identify objects such as trees and stones or animals which are moving about in the forest, explains Anton Shiriaev.

The researchers in South Korea have focused their attention on robots that operate in an indoor environment. They are attempting to quantify the geometry of hundreds of different objects so that it will be possible to differentiate between different shapes and colours for example. The robot should be able to see the difference between a key and a remote control device.– For forest machinery on the other hand, there are only a few objects that need to be identified. The camera does not need to be able to understand what type of obstacle it is, only that it is an obstacle.The researchers recently tested a forest machine driven by a professional driver. A number of problems arose in the sunny outdoor environment. The reflections made it difficult for the cameras for example, to distinguish what was an obstacle and what was grass or leaves on a tree. During the late autumn, the tests will be repeated; darker periods and frozen ground are expected to make the cameras function better.
– There is potential and the cooperation is providing us with the conditions to succeed, says Anton Shiriaev.

Cooperation started in 2007 thanks to grants, in particular from The Swedish Foundation for International Cooperation in Research and Higher Education (STINT) and from the Kempe Foundation. Since then, the researchers have been able to visit each other on several occasions. At Umeå University at the moment, there is a researcher and a doctoral student from the University of Sungkyunkwan. Two doctoral students from Umeå University are at the moment working in South Korea.