NEWS Umeå municipality has announced that this year’s scholarly award has been given to Elena Lindholm Narváez from the Department of Language Studies at Umeå University. She receives the award for her literary studies which have an international perspective.

The award, which is a stipend of SEK 50,000, is designated to promising young researchers within the areas of environment, municipal finance or culture. 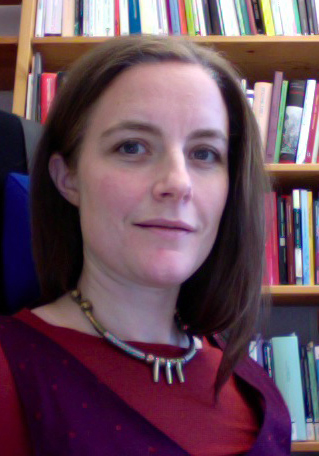 Elena Lindholm Narváez, born in 1972, earned a PhD in 2008 with a thesis on how Sweden is depicted by Latin American authors who have lived in Sweden as refugees. The study placed emphasis on texts which depicted the exile identity problems from the refugee's own perspective. In her current research she is studying travelogues of the neglected Spanish women's rights activist Carmen de Burgos, who traveled to the Nordic countries in 1914 and whose literary works were banned during Franco’s dictatorial regime (1939-1975). The research sheds new light on the importance of the image of the Nordic countries during Spain’s modernization process in the early 1900s.

Elena Lindholm Narváez was appointed as a postdoctoral researcher in 2009 by the Department of Arts at Umeå University, funded by a donation from Balticgruppen (The Baltic Group) to better promote the humanities and arts internationally. In fierce competition, she also received project funding from the Bank of Sweden Tercentenary Foundation for a three-year research project on Carmen de Burgos’ travelogues to Europe and the Nordic countries.